In January 2013, Mahmoud Abbas issued with great fanfare a presidential decree that the Palestinian Authority (PA) would henceforth appear on all official letterhead, in all ministries, and on all signs (for example, at schools) as the “State of Palestine.” The announcement came in the wake of a decision by the UN Assembly to upgrade the PA and the PLO to non-member observer status. The point was clear: Palestine is going to become a state whether Israel wants it or not.


This was not, of course, the first time Israel and the PA had been at loggerheads over the naming of Palestinian institutions following the signing of the Oslo Accords in the 1990s. According to those agreements, the entity established was to be called the “Palestinian Authority.” All documents related to the Oslo process adhered strictly to that name. Yet no sooner had Yasser Arafat arrived in Gaza in July 1994 to head the PA than he renamed it the Palestinian National Authority, in accordance with the PLO’s 1974 pre-Oslo “phased strategy” that called on the PLO to establish a national authority in any area “liberated” through “armed struggle” (i.e., terrorism) until the “complete liberation of Palestine” (i.e., Israel’s destruction). That is exactly why Israel insisted that the word “national” be omitted: to indicate that the establishment of the PA reflected a sharp break from an environment of violence and terrorism to one of peaceful negotiations.

New names appeared in official documents concerning many other titles and institutions. While the official international documents referred to the PA’s “Chairman,” that position became, in all official PA documents in Arabic and in most of the local Arab media, “President.” Functional departments of the PA became “ministries” headed by ”ministers,” and the Palestinian Authority Council became the (Palestinian) Legislative Council.

Perhaps most telling (in that it reflected the wishful thinking of the pro-Oslo Israeli political elite at the time) was the designation used by the official Oslo documents for the armed elements of the future Palestinian Authority: “police.” Trucks filled with khaki-clad (hopefully reformed) terrorists armed with thousands of AK-47 semi-automatic rifles the PLO had received from Iron Curtain states were photographed crossing the Jordan River on their way to Jericho and Ramallah, an image that belied the euphemistic term “police” used in the official documents. So did the portrait of Arafat prominently displayed above their windshields clad in military uniform with the kefiya, the symbol of Palestinian “liberation.” The name given to these forces by the PA and its media outlets reflected the truth: they were not “police” but National Security Forces (Quwat al-Amn al-Watani), many of whose members, with their Kalashnikovs, were to kill scores of Israelis in the terror war Arafat waged against Israel in the first years of the new century.

The question arises: to what extent were Mahmoud Abbas and Salam Fayyad, his PM at the time, successful in transforming the Palestinian Authority into the State of Palestine, at least rhetorically?

Internally, their efforts were a resounding success. The proof lies in the usage of the terms “State of Palestine” and “ministries” in Gaza and by the internal security forces, which are wholly controlled by Hamas. Hamas uses the same terms for sites, ministries, and departments in Gaza that Abbas uses in the PA. These institutions are headed by Hamas-appointed “assistant ministers,” so designated because of the fiction that there is a functioning unity government between the PA and Hamas. In reality, these “assistant ministers” are beholden to Hamas alone. This is also true of the most powerful ministry, the Ministry of the Interior and National Security, which is headed by a “minister” who is a Hamas stalwart and which carries the logo of the State of Palestine. Similarly, the Hamas-controlled Legislative Council, like its defunct parallel in Ramallah, refers to the State of Palestine.

A Google Trends analysis suggests rising traction for the newer term. Searches for the “State of Palestine” generated sufficient data for 18 countries compared to only six for the term (in Arabic) for “the Palestinian Authority.”

The new designation has failed to take root, however, in Western and other English-speaking countries. This includes the PA’s major ally, the US, as well as states in Europe and the English-speaking states of Britain, Canada, and Australia. Nor has the new phrase taken hold in South and Central America or Africa. Searches for the term only generated sufficient data for 18 countries (out of a much larger pool of countries than those using Arabic), with most searches taking place in countries with large Islamic populations such as Pakistan and Malaysia.

In contrast, searches for the phrase “Palestinian Authority” generated only six countries, but they included countries that count to the Israelis: the US, the UK, and Canada, whose diplomats are careful to use the designation used in the Oslo Accords.

Mahmoud Abbas’s efforts to create an aura of statehood through name changes have been successful, especially among Palestinians and the wider Arabic-speaking public. But it takes more than a name to achieve statehood. One immediate hurdle is the coming elections for the presidency, the Legislative Council, and the Palestinian National Council. Even if these elections take place on schedule, it is doubtful whether they will overcome the internal Palestinian partition created when Hamas took over Gaza in 2007. 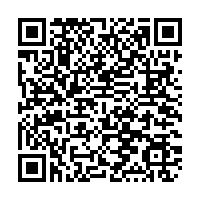