Two years into Donald Trump’s presidency, and the Republican faction known as “NeverTrump” is careening wildly in search of relevance. Perhaps even more than their openly progressive counterparts, NeverTrumpers illustrate the president’s rare ability to drive his foes to self-immolation. Consider Brett Stephens, the New York Times’ resident NeverTrump scold who launched himself well into the unhinged stratosphere with a year-end column combining incoherence with disingenuousness to argue that – wait for it – “Donald Trump is bad for Israel.”

“During the eight years of the Obama presidency, I thought U.S. policy toward Israel…couldn’t get worse,” writes Stephens. “As with so much else, Donald Trump succeeds in making his predecessors look good.”


Stephens catalogs ills plaguing the Middle East: Russia’s reentry into the region, Iran’s growing power, Turkey’s Islamization, and the potential resurgence of ISIS. Obama invited, encouraged, or abetted every one of these developments. Yet, Stephens argues that because the steps President Trump has taken to reverse them and move the region in the right direction could – in his opinion – have been stronger, he now prefers Obama’s legacy-defining obsession of moving the region in the wrong direction.

President Trump has approached the Middle East with a paradigm-shifting focus on truth and reality. His decision to recognize Jerusalem as Israel’s capital and relocate the U.S. Embassy was part of a broad diplomatic offensive; call it Trump’s truth offensive. At the United Nations, the Trump administration relentlessly opposes the constant defamations of Israel as the bald-faced, anti-Semitic libels they are.

Thanks to Donald Trump – and thanks only to Trump – more and more countries are demonstrating that when given the choice between truth and lies, they’ll stand on the side of truth. Trump’s approach, a welcome corrective to the scurrilous diplomatic attacks of the Obama years, has led to a vast improvement in Israel’s international relations.

President Trump has approached the Arab world with similar hard truths. The president’s Riyadh speech correctly identified Islamism as an Islamic problem, and called upon the leaders of the Arab states to “drive out” the radicals in their midst. The administration’s correction of UNWRA’s vastly inflated count of “Palestine refugees,” and its recognition that the IDF’s defenses against Hamas attacks does not amount to a “cycle of violence,” have redefined the Arab-Israeli conflict.

President Trump’s refusal to blame Israel for the Palestinian Authority’s manifest lack of interest in peace, and his willingness to hold Abbas accountable for incitement and subsidizing of terror, are unmitigated goods.

The Israelis get it. Trump is wildly popular in Israel; Israelis across the political spectrum tell pollsters that they appreciate the president’s genuine warm affection for their country. And they absolutely love his policies.

And Americans for whom Israel’s security is a priority also get it. Orthodox Jews, Christian Zionists, and peace-through-strength conservatives are among Donald Trump’s greatest supporters.

Bizarrely, Stephens himself concedes that Trump’s embrace of truth helps Israel. He is forced to go hard left in search of some overwhelming negative. His “analysis” devolves to a single argument: President Trump’s truth-based approach undercuts Stephens’ own obsession with the so-called “two-state solution.”

If Trump succeeds – i.e., if truth prevails – the world, including the Arab world, will recognize that no distinct Palestinian nation has ever existed, and given the abysmal failure of the totalitarian Palestinian Authority to pursue either peace with Israel or the well-being of the Arabs under its thumb, there is no reason for a state of Palestine to be created. That is anathema to Israel-haters. And, apparently, to Stephens.

In Stephens’ words, “the inability to preserve at least a vision of a future Palestinian state” is a “grave threat to Israel.” Stephens is dead-set on maintaining the condescending illusion that, under some unforeseeable set of circumstances, a new Arab state must arise.

And yet, that two-state delusion has been the single most detrimental fiasco since the founding of Israel. It transformed the despicable terrorists of the PLO into sympathetic characters and enabled defamation of Israel as a colonialist oppressor and rogue regime. It also underpins countless anti-Semitic UN resolutions, has radicalized Europe against Israel, and justifies the entire BDS movement. It is a guarantee of continued instability, an impediment to Arabs seeking to build decent lives, a threat to American regional interests, and an existential threat to the only Jewish state.

Obama’s entire administration was based on the promotion of progressive fantasy. Trump makes people face reality. Anyone happier living in fantasyland while others pay the price must profoundly resent Trump. Stephens clearly does, and it appears to be driving him mad. 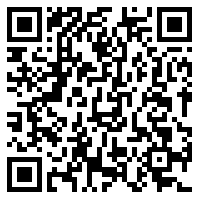