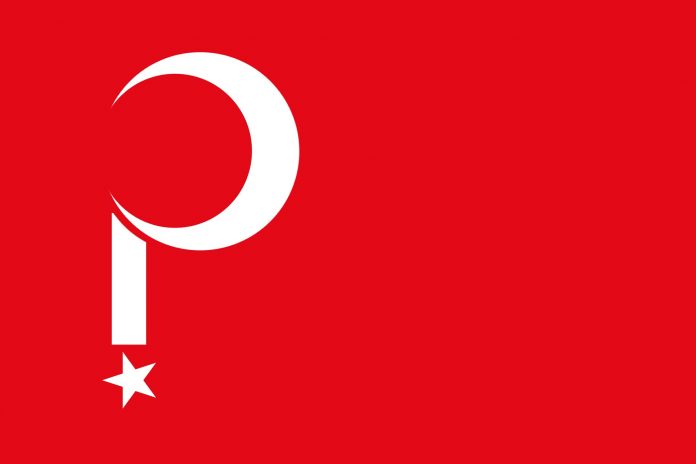 In recent days, France recalled their envoy to Turkey, after Turkey’s President Recep Tayip Erdogan questioned the French president’s mental health for taking a strong stance against Islamist separatists, who recently beheaded a teacher who showed students a cartoon of the Prophet Muhammed.  According to the Times of Israel, the French presidency responded: “Excess and rudeness are not a method” and “we are not accepting insults.”    Indeed, France is not the only country to suffer from Erdogan’s fiery rhetoric.

These inflammatory comments to Macron came after MEMRI (the Middle East Media Research Institute) reported that Erdogan stated: “Jerusalem is our city.  The current physical appearance of the Old City, which is the heart of Jerusalem, with its water, its market, and its many buildings, were built by Ottoman Sultan Suleiman the Magnificent.  It is possible to encounter the traces of Ottoman resistance in this city, which we were forced to abandon in tears during the First World War.  We will follow until the end, both the Palestinian cause, which is a bleeding wound on the global conscience, and the cause of Jerusalem.”  Erdogan made these remarks after he stated at the UN that Israel extends “its dirty hands” over Jerusalem, which has an uncanny resemblance to Mahmoud Abbas’s “dirty feet” speech.


When Turkey’s President issues statements such as this, it makes one ponder whether Turkish-Israeli relations have any future.  There are many commentators in the Middle East who argue that Turkey is the “next Iran” and that their threats to Israel’s energy interests alongside their aggression against the Kurds in Syria, who are strong allies of the State of Israel, make them a “destabilizing force in the region.”   According to various analysts, Turkey’s invasion of Afrin and other areas in Northern Syria have resulted in the ethnic cleansing of the area’s Kurdish inhabitants, who have been replaced by Turkish-backed jihadists.    At the same time, various analysts point to Turkey’s actions in Libya as another action that harms the security of the Mediterranean region for it complicates efforts to resolve the Libyan Civil War.

However, although Turkey’s rhetoric harms the State of Israel and their actions threaten regional security, within the past week, it was also reported that Turkish food and beverage exports to Israel have gone up in 2020, despite the pandemic.   In fact, despite the diplomatic spat between Jerusalem and Ankara, Turkey is Israel’s sixth largest trade partner and the business relations between the two countries account for six billion dollars annually.   Off the record, an Israeli government official claimed that Erdogan is all talk and no action when it comes to Israel, stressing that this alone means that they are not like Iran.  In other words, Erdogan is a hypocrite, who talks tough against Israel but at the end of the day, does nothing.  So, is there any hope that Turkish-Israeli relations can one day be different?

Mendi Safadi, who heads the Safadi Center for International Diplomacy, Research, Public Relations and Human Rights, claimed that since Erdogan came to power, he sought to be the new sultan in town and to resurrect the Ottoman Empire: “In order to win the sympathy of the Arab Muslim world, Erdogan chose to verbally clash with Israel, declaratively support the Palestinians and to side with the Syrian Opposition.  Nevertheless, he maintained Turkey’s diplomatic presence in Tel Aviv.  Erdogan declaratively supports the Palestinians as long as it serves his interests, criticizes the peace deal between Israel and the United Arab Emirates as a betrayal of the Palestinians, while maintaining full ties with Israel and being the first Muslim President to visit the grave of Theodore Herzl, the founder of modern Zionism.”

“Economic cooperation between Turkey and Israel has intensified since he became president, with dozens of Turkish-bound flights landing and taking off from Ben-Gurion International Airport and thousands of Israelis staying in Turkish resorts,” Safadi stressed.  In fact, he argued that a collapse in Israeli-Turkish business cooperation would cause the collapse of the Turkish economy or at least contribute towards it: “Erdogan will not take such a step for it will harm his chances of staying in power.”

Israel’s Former Cultural Attache to Turkey and the chairwoman of the Turkish Jewish Association in Israel Zali De Toledo thinks all his rhetoric aimed towards Israel is designed to help him win over votes from his supportive public: “The more he attacks Israel, the more they see him as a hero.”  De Toledo claimed that Erdogan was not always so harsh towards Israel policy-wise.   In her memoir titled They called him the gangster, she wrote that when she served Israel in Turkey, she used to have great relations with religious Turkish officials and she counted it as one of her greatest accomplishments: “I brought many religious officials to Israel including the Diyanet, the very respectable head of Religious Affairs Mehmet Nuri Yilmaz and the Mufti of Istanbul.  At the time and since my childhood, Islam had a positive aspect in Turkey, but unfortunately, by the end of my diplomatic tenure, political issues had devolved into a hatred of Israel and Judaism.  It is unfortunate that in the world today, I often feel that my past efforts at fostering cultural and religious relations between Israel and Turkey have been in vain.”

“I also had very courteous relations with Turkish President Recep Tayyip Erdogan,” she noted. “I was present during his official visit to Israel and had lunch with his wife Emine together with some other ladies at the King David Hotel.”   When De Toledo became the head of the Turkish Jewish Association in Israel, she received the blessing of former Turkish President Abdullah Gul, who was associated with Erdogan’s party.  According to De Toledo, “Erdogan became anti-Israel as a matter of official policy with the time when he decided to become the leader of the Arab world after getting the cold shoulder from the EU.  Since then, the Arab world was not very responsive, and Erdogan today has no friends in the world except maybe Qatar.”

However, as we speak, the Turkish lira is collapsing.  Recent polls have shown that Erdogan’s popularity is tumbling amid the pandemic.   As a result, Erdogan is now increasing his rhetoric in favor of Azerbaijan in the hopes that it will increase his dwindling popularity, for Turks consider supporting Azerbaijan to be a consensus issue within Turkey, for they view Azerbaijanis to be “’the same people, with two countries.”   At the same time, he is increasing his rhetoric against Israel, hoping that it could salvage his plummeting popularity.   Yet at the end of the day, this pandemic could ultimately lead to the demise of his government and if that were to happen, Turkey and Israel could potentially look forward to better relations.  In fact, an Israeli government official stressed: “The Turkish people are not enemies of Israel. For that reason, we did a reconciliation agreement with Turkey following the Mavi Marmara, for we knew that one day Erdogan can leave office and then things can get better once again.” 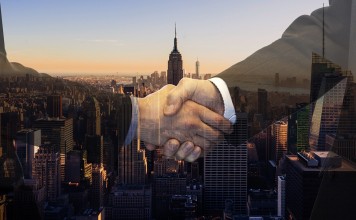 In the Balance of Power, Its Time for New Alliances – From Jerusalem With Love [audio]