The World Zionist Congress met last week for the 37th time since it was founded by Theodor Herzl in 1897. Like many Jewish institutions today, it has become a battleground for the Right and Left. But what happened at the meeting put into clear focus that the struggle is really between Zionism and … something else.

An organization called LAVI introduced a resolution (the English version is here) calling for the recognition of the Jewish people as an indigenous nation:

The bill declared that “the Jewish people is a Semitic people, indigenous to the Land of Israel and seeking international recognition of its indigenous status” …

The proposal argued that “Israel’s contrived Western identity” was not only handing ammunition to its enemies to falsely label Zionism as a “colonialist” project, but that it was also placing an artificial barrier preventing peace between Israel and its other “Semitic” neighbors.

It included a statement that it “does not negate the indigenous status of any other people.” Nevertheless, it barely passed, by a vote of 51% of the delegates.

The resolution refers to the struggle of the Jews to return to the land after displacement by “Roman imperialism,” but it could also have mentioned the conflict between the Jews and the Arab imperialists of the seventh century or the Jordanian and Egyptian ones that invaded the land in 1948.

A moment’s reflection should suffice to show that the narrative by which the Jews suddenly appeared in 1880 or 1948 to dispossess a flourishing ‘Palestinian’ people is nonsense. Jews have been physically present here to some extent since biblical times, and they are the paradigm case of ‘a people’ in history. ‘Palestinians’, on the other hand, are Arabs who are mostly descended from recent arrivals from Arabia, Syria, Egypt, and Transjordan. Their specifically ‘Palestinian’ culture developed very recently, in opposition to what they see as the threat of Jewish (non-Arab and non-Muslim) sovereignty. They didn’t even call themselves ‘Palestinians’ until the 1960s; and prior to 1948, ‘Palestinian’ meant ‘Palestinian Jew’.

The Arabs know that Zionism rests on Jewish peoplehood, and on the connection of the Jewish people to the land – our indigenousness. They know that their moral case to displace us is based on the argument that they are a long-term indigenous people and we are European colonialists. Thus they insist there is no Jewish people, only a religion. Thus they attempt to erase Jewish history in the land – by arrogating Jewish holy sites to themselves and by physically destroying archaeological evidence of the ancient Jewish presence. Their claims may appear ludicrous, but they have been successful in persuading large numbers of people.

But the insistence on our indigenous rights is more than just a response to the Arab attempt to invert reality. It is an answer to the most basic questions that can be asked about Zionism: Why does there need to be a Jewish state? Why not a democratic state of its citizens? And why does it need to be here?

The answers are provided, ironically, by the UN, in its Declaration on the Rights of Indigenous Peoples, adopted in 2007, which asserts the right of self-determination as well as the rights to maintain the culture, institutions, religion, and language for indigenous peoples. It grants them the right to live in peace and security, and to not be subjected to genocide or expulsion from their native lands. It calls for them to have free access to their religious sites, and for them to be free from incitement to racial hatred against them.

Zionism is the principle, justified by historical experience, that these rights can be guaranteed for the Jewish people only in a state under Jewish sovereignty.

So why was there so much opposition to the passage of this resolution? After all, it was the World Zionist Congress.

The opposition came from delegates associated with the Union for Reform Judaism (the largest faction among the American delegates), the Conservative Movement, and especially a ‘progressive’ group called Hatikvah which included representatives of J Street, the New Israel Fund, Ameinu, Americans for Peace Now, and numerous other left-of-center factions.

The fact that so many self-defined Zionists … not only opposed this resolution but also fought for a revote after narrowly losing only causes us to wonder about the fundamental assumptions upon which they are operating. Do they genuinely want to see themselves as white colonialists rather than as Semites?

Why indeed? My suspicion is that the ones farther to the left (like Americans for Peace Now and Ameinu) are ideologically married to the idea that the Jews are colonists and the Arabs indigenous. To believe anything else would violate their post-colonialist conceptual scheme, which would be too cognitively dissonant for them. More moderate delegates may have felt that an assertion that that Jews have a right or connection to the land that Arabs don’t would damage the holy “two-state solution” that they are eternally seeking. Maybe some simply don’t want to make the Arabs more frustrated and furious than they already are.

I shouldn’t be too hard on the liberal ‘Zionists’ of the WZC, though, because Israel’s own government is schizophrenic about its Zionism. While the government is not talking about indigenousness, they are considering a “Jewish state law” (temporarily on hold) which will add to the Basic Laws – Israel’s substitute for an actual constitution – some kind of statement that while all citizens have civil and political rights, the Jewish people have ‘national rights’. This is intended to balance the ‘Jewish’ and ‘democratic’ characteristics of the state that are mentioned in the Declaration of Independence. There is already a Basic Law about democracy, but none about Jewishness.

The same kind of people that think that the Jewish people have indigenous rights also tend to think they have ‘national’ ones, rights to symbols like the national anthem and flag, and the primary national language. A “Basic Law: The Jewish State” might also legitimize a Law of Return for Jews without requiring one for Arabs, justify efforts to increase Jewish aliyah, to teach Tanach and Jewish History in schools, to support synagogues with public funds, and more. It would, its backers hope, prevent concern for Arab rights to erode Jewish ones.

Various formulations of such a law have been proposed, and the Left despises all of them, because in their post-Zionist hearts they don’t believe that Jews and Arabs should be unequal in any way. They might oppose transitioning from a Jewish state with an Arab minority to a ‘state of its citizens’ for practical reasons, but it is a matter of pride for them to at least pretend to be ethnically blind. They don’t see any special reason that Israel should not be like Western Europe or the US in that respect (apparently they haven’t looked at Sweden lately).

One way or another, Israel will have to face the question of whether it will continue to be an expression of the Zionist ideal or try to become a tiny Sweden. I think the answer to which of these is more likely to survive and thrive is obvious. 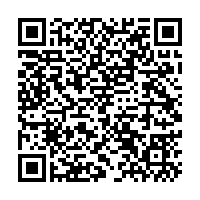