Iran’s determination to become a nuclear power can be viewed as a calculation that only under a nuclear umbrella will it be able to realize its aspirations in the Persian Gulf, strike the Americans, neutralize them with a surprise Pear Harbor-like attack in the Gulf and threaten to destroy the Arab oil reserves.

The bloody gap between Sunnis and Shi’ites in Islam, growing wider every day, began with the death of the Prophet Muhammad (s.a.a.w). Since the day Islam went forth into the world, many people have been converted by the sword swung over their heads. Others converted to acquire some of the infidels’ possessions and there were those, needless to say, who were convinced of the correctness of Islam’s path. There were also, however, many who converted, changed their minds, returned to their original religions and bid Islam goodbye. There were also inter-Islamic confrontations concerning the leadership of the institution of the Caliphate, which made others break away, and they were accused as having deviated from Islam. The Muslims waged wars against these backsliders, to this day called ridda wars.


The ancient argument over the leadership of Islam also gave birth, with bloodshed breathtaking in its cruelty, to the Shi’ite split from Sunni Islam and the deep, abiding hatred that the two opposing schools harbor for one another. To this day that hatred is part of the bloody relations between Muslims in Iraq, Syria, Lebanon, Bahrain and Yemen, to name but a few. Today that hatred and its violence dictate the relations between the Sunni Arab world and the Iranian-led Shi’ites.

One aspect of the conflict is the mass Sunni uprising against Assad’s Alawite regime in Syria (the Alawites are a Shi’ite splinter group. There are general Shi’ite-Sunni religious collisions such as the increasing unrest and mass attacks on Maliki’s Shi’ite regime in Iraq, and the unrest escalating against Hassan Nasrallah, the murderous leader of Hezbollah in Lebanon. They serve as the anvil where the hammer of Shi’ite Iran’s agenda of religious and terrorist expansion is planning to pound the Sunni Islamic countries, most of whose defensive capabilities are chaotic — the result of the collapse of the regimes after the so-called Arab Spring.

The Iranians have a plan for religious imperialism based along ancient Persian nationalistic lines. They have every intention of wiping away the humiliating defeat they suffered in the past at the hands of the Arabs by recreating the Sassanid Empire and taking control of the Middle East.

The plan is two-pronged: first there is the strategic effort of the so-called “northern axis,” intended to strangle the Middle East through military might and continuous, unbroken Shi’ite religious influence from the north, from Iran through Iraq, Syria and Lebanon, exploiting propaganda depicting Israel as their joint enemy to anesthetize the Sunni Arabs, who dream of “liberating Palestine and destroying the Jews.” The second prong, the “southern axis,” is to exploit Bahrain, where most citizens are Shi’ite; to expel the Sunni Al-Khalifa dynasty and use the country as a bridgehead for overland military invasion, and to prepare for an Iranian takeover of the Gulf States, including Saudi Arabia. These two prongs were supposed to be supported by Shi’ite terrorist attacks carried out by Iranian and Hezbollah-operated squads whose objectives were deceit, sowing destruction and weakening the Sunni Islamic states as well as incidentally causing damage to African and European countries.

Fortunately, the Iranian plan went wrong. Despite the chaos reigning in the Islamic countries, along the northern axis (especially Syria) the Sunni uprising, which receives support and an increasingly large flow of Turkish, Arab and Western arms, continues to interfere with and disrupt the Iranian plan. Along the southern axis, Iran does not seem able to topple the regime in Bahrain or take over the western coast of the Gulf. The military support Saudi Arabia and other Arab states give Bahrain make Iran uneasy. In reality, the Americans do not seem to be planning to go home any time soon. They are providing backup for the Arabian Peninsula countries and reinforcing American naval and aerial strength in the Gulf, raising serious questions for any Iranian plan to attack.

Iran’s determination to become a nuclear power can be viewed as a calculation that only under a nuclear umbrella will it be able to realize its aspirations in the Persian Gulf, strike the Americans, neutralize them with a surprise Pearl Harbor-like attack in the Gulf, and threaten to destroy the Arab oil reserves. Only with the bomb they are cooking up in their cellars will they be able to carry out their threat of nuclear deterrence of the United States, like North Korea. 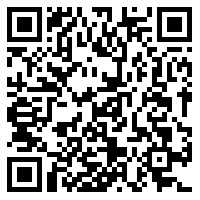