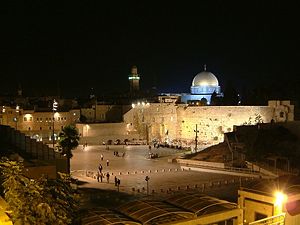 While the plight of Christians in the region has increased drastically, the population of Israeli Christians grew by 2 percent in 2021, according to a report released by Israel’s Central Bureau of Statistics (CBS) in December.

The publication of the new data coincided with Christmas and showed roughly 185,000 Christians live in Israel and make up 1.9 percent of the country’s population.

“In Israel, the Christian number is stable because there is freedom of religion,” Pastor Petra Heldt, a leading Christian scholar who has lived in Israel 40 years, told Fox News Digital. “This is not true of Muslim-majority countries in the region.”

In Israel, the Christian number is stable because there is freedom of religion. This is not true of Muslim-majority countries in the region.

Fox News Digital recently reported on a British government report saying “simply being a Christian is enough to get you arrested” in the Islamic Republic of Iran.

Iran’s regime has waged a campaign to persecute evangelical Christians and Catholics.

Heldt stressed there is “absolute freedom of worship” in Israel and this is different from countries like Turkey, where Christians are “persecuted and have a hard time. The same is true for Iraq,” she stated.

The picture is not completely rosy in Israel, but observers claim it pales in comparison to neighboring countries. In January, two teenage suspects vandalized a Christian cemetery in Jerusalem. The attack was condemned by Israeli’s foreign ministry, which called the attack an “immoral act” and “an affront to religion.”

Jerusalem’s Anglican Archbishop Hosam Naoum called it a “clear hate crime.” The British consulate said it was just the latest in a string of assaults on the Christian community in the holy city of Jerusalem.

Heldt said the Israeli government is pursuing the criminal prosecution of the desecration of the gravestones.

“In Muslim-majority countries, this [prosecution] would not be the case,” she added.

Israeli police announced Monday that charges were filed against two teenagers for vandalizing 28 tombstones at the Protestant Mount Zion Cemetery.

Heldt said that the “murder and persecution of Christians in Nigeria and Egypt has never happened in Israel.” Radical Islamists have sought to wipe out the struggling Coptic Christian community in Egypt and Nigerian Christians in the Muslim-dominated northern region of Nigeria.

As an Arab pastor, I would prefer to live in Israel. The freedom we have in Israel we don’t have in the best Arab countries.

Pastor Saleem Shalash from the Home of the Jesus King Church in Nazareth, echoed Pastor Heldt about the importance of religious freedom in Israel.

“As an Arab pastor, I would prefer to live in Israel,” Shalash said. “The freedom we have in Israel we don’t have in the best Arab countries.

“We can practice our belief without persecution. And if there is persecution, we can call the police and they will protect us.”

Pastor Shalash serves a congregation of 100 in Nazareth, which is believed to be the childhood home of Jesus.

Nazareth has the largest Arab Christian population (21,000), and Haifa follows with 16,700. Jerusalem’s comes in third with 12,900 Arab Christians.

In response to a report that the Christian population increased in Israel, Shalash said “That is good news.”

The challenge facing the Christian community in Israel, he noted, is a lower birth rate compared to other religious communities.

While there are radical religious strands among some Jews and Muslims, Shalash said, in Israel, “you can live together. You can find Jews, Christians, Muslims and Druze and live in harmony without persecution and practice your faith.”

In a report released Tuesday by Open Doors, an international NGO dedicated to saving persecuted Christians, a number of Middle Eastern and North African countries were listed in the top ten nations “where Christians face the most severe persecution and discrimination,” according to the report.

Iran was ranked eighth, while Yemen was classified as No 3. The communist state North Korea was designated the worst violator, and Somalia was listed as No. 2.

Lisa Pearce, Interim CEO of Open Doors US told Fox News Digital in a statement, “The continued political and socio-economic crisis makes it difficult for many people in Gaza and the West Bank. There is a huge strain on Arab Christian families, and many will choose to leave if they have the chance. Being treated as second class citizens, and with poor employment prospects, many Christian parents will feel they have little choice if they want their children to have a future.”

The decrease of Christians in the Palestinian-controlled territories in parts of the West Bank and in the Gaza Strip has been frequently documented over the years.

In October, Edy Cohen, an Israeli expert on Arab affairs, tweeted video footage of an attack by Palestinians on a church in East Bethlehem in the West Bank.

We are at a unique moment in history, where Jews and Christians can come together for the first time and create positive and impactful experiences.

The Jerusalem Post’s Palestinian Affairs reporter, Khaled Abu Toameh, reported on the March arrest of Evangelical Pastor Johnny Shahwan by the Palestinian Authority (PA) because he promoted normalization with “the Zionist entity” (Israel). The PA incarcerated Shahwan for 40 days because he met with a member of the Knesset (Israel’s parliament) and shut down his ministry, Beit Al-Liqa in Beit Jala.

Fox News Digital sent press queries to the Palestinian Authority but had not heard back by press time.

“We are at a unique moment in history, where Jews and Christians can come together for the first time and create positive and impactful experiences,” said Rivka Kidron, co-founder of Passages.

“Now, more than ever, Jews and Christians have to come together around our shared values and stand up for what’s right in this world. Unfortunately, antisemitism is on the rise, and I think we need each other now more than ever. I feel very blessed to be here and living here at this moment, and share it with you.”

Passages said it “offers Christian college students with leadership potential a fresh and innovative approach to experiencing the Holy Land.”

Participants encounter the roots of their Biblical faith firsthand and come face to face with the modern-day miracle that is Israel.

“Participants encounter the roots of their Biblical faith firsthand and come face to face with the modern-day miracle that is Israel and have opportunities to build upon their trip experiences with additional leadership training, with the goal of building their Christian faith and bridges of friendship with the Jewish community,” Passages noted in a press release.