Economic indicators for Israel showed another successful year in 2017 as, for the first time ever, Israel’s GDP per capita has surpassed that of major industrialized countries such as Britain, Japan and France.


Israel stands out among the nations that won their independence after the Second World War. Despite facing more challenges than virtually any other country, Israel has transformed from a poor and fragile socialist backwater to a first world Start-Up nation of cutting-edge technologies and knowledge during seven brief decades, while fighting for its existence.

The failures of the Arab boycott and later the Boycott Divestment Sanction (BDS) campaign movement to destroy Israel’s economy are no less spectacular than the Muslim Arab failures to defeat Israel in the military battlefields. Israel’s economy is far stronger today than when BDS was launched in 2005.

The contrast between first world Israel and the surrounding third world Arab world is larger today than ever before. Israel’s GDP per capita is almost 20 times the GDP per capita of impoverished Egypt and five times larger than semi-developed Lebanon.

Like any human project, Israel is a never-ending work in progress and much work remains to integrate Haredi Jews and Israeli Arabs into Israel’s knowledge economy.

Properly addressing Israel’s high costs of living requires more economic and legislative reforms and breaking up inefficient oligopolies that keep the prices artificially high. However, by any standard, the reborn Jewish state is a remarkable success story that overcame tremendous odds and obstacles.

According to Professor Jonathan Adelman, author of the book The Rise of Israel – a history of a revolutionary state, Israel’s current success was far from certain and required two Zionist revolutions.

The first Zionist revolution was Socialist democratic and lasted roughly from the first modern Aliyah in 1882 to the defeat of the Israeli Labor party in the 1977 national election.

This revolution managed to build modern infrastructure and establish a relatively egalitarian society that ingathered millions of largely impoverished and unskilled Jews from the four corners of the world.

While largely redundant today, the Kibbutz movement played a disproportionate role during the state-building phase of modern Israel. Since resources and skilled labor were scarce, Socialist Zionism stressed the need for cooperation and focus on the needs of the emerging collective.

The second Zionist revolution is still ongoing and started with the victory of Menachem Begin’s Likud party in 1977. It became gradually apparent to Israel’s leaders that inefficient state-owned industries would not become competitive and profitable unless they were privatized.

During the stormy 1980s, Israel’s economy struggled with a hyperinflation that reached 450 % in 1985. By contrast, today Israel’s inflation is negligible.

After Arafat launched his terrorist war against Israel in 2000, Israel’s debt ratio reached roughly 100 % of GDP. Under the leadership of the current Prime Minister Benjamin Netanyahu, Israel’s debt ratio has been reduced to around 62 % today, one of the lowest in the developed world. Israel’s capitalist revolution is far from complete but has already paved the path for the emergence of Israel’s growing knowledge economy.

It has often been joked that after wandering in the wilderness for 40 years, the children of Moses settled in the only spot of the Middle East lacking oil: Israel. For a few decades, it seemed like the oil-rich Arabs had a clear edge over the oil-poor Jews.

Much has changed since OPEC launched its oil embargo against the West after the failed Arab aggression against Israel in 1973. Before the collapse of the pro-Arab Soviet empire, China and India had no official ties with Israel and many Western and Japanese companies avoided doing business with Israel.

Collapsing oil-prices have dramatically eroded the power of oil-producing countries. It has become obvious that the future belongs to those who innovate, not those who happen to sit on oil. Israel has today strong commercial ties with China and a thriving partnership with India. Business delegations from Jamaica to Japan are eager to do business with Israel and benefit from Israel’s expertise.

Israel is uniquely positioned to succeed in the emerging knowledge economy. Large gas fields off Israel’s coast, turned the Jewish state from an energy importer to an energy-exporting nation. However, Israel’s main asset remains what it always was: brainpower and ability to innovate. In an ironic twist of history, Syria, which was the most radical supporter of the Arab boycott against Israel is in ruin. By contrast, the target of the boycott, Israel, is thriving like never before.

Israel’s diverse innovation technologies benefit millions of people worldwide. BDS may bully Jewish and pro-Israeli students on Western campuses. However, in real life, BDS stands no chance to succeed against Israel. The reason is simple: reborn Israel has simply become a too valuable player in the global economy to ignore. 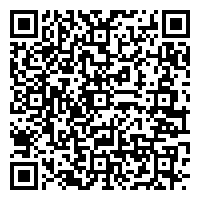