Through rapid and sustained economic growth and a dramatic increase in international investment, China has become Israel’s second-largest trading partner and a significant foreign investor. It has also taken an active interest in collaboration with Israel on innovation and technology, which inspired the establishment of a “Comprehensive Innovation Partnership” between the two countries in March 2017. In 2018, bilateral trade between the countries hit a record of $15.3 billion, up from just $51.5 million in 1992 and $13.1 billion in 2017.

However, Beijing’s expanding footprint in Israeli strategic assets has been a source of increased friction with the US. Jerusalem’s close bond with Washington is one of several factors that exert pressure on Sino-Israel relations, limiting the depth and scope of the relationship. Such pressures have existed since before the establishment of official diplomatic ties in 1992.

Following three years of deliberations and intense pressure from the US over growing Chinese investments in Israeli companies, particularly in technology firms, Israel’s security cabinet decided on October 30 of this year to set up a new mechanism to monitor foreign investments.

The initiative to set up a new advisory panel on foreign investments in Israel—defined as investments, mergers, and acquisitions—has been in the works for over a year, following a bill pushed by MK Omer Barlev in July 2018 to create a formal and organized process for vetting foreign investment. Israel joins many countries in the world, including the US, Canada, Britain, Germany, and Australia, that have launched a mechanism to monitor foreign investment in their countries for national security reasons.

Although the Cabinet decision is framed as “supervision over foreign investment” in general, the real goal is to create a mechanism for screening investments by Chinese firms and investment funds in Israeli strategic assets. The companies subject to vetting would be in businesses designated as critical to the economy or national security, including firms involved in infrastructure or with access to Israelis’ data, such as telecommunications companies, financial institutions, and arms manufacturers.

According to the Cabinet decision, members of multiple government agencies will participate in the committee, including the Finance Ministry. It will also include members of the National Security Council and the Defense Ministry, as well as observers from the Foreign Affairs and Economy ministries and the National Economic Council.

Regulators will consult with the committee voluntarily; business transactions that do not require government approval will not be brought before it. Most importantly, the committee will have no authority over the tech sector, which was a major sticking point while the committee was being discussed.

The committee’s function is to help regulators incorporate national security considerations into the process of approving foreign investments in the finance, communications, infrastructure, transportation, and energy sectors. The committee will be established within 45 days, and regulators will be able to contact the committee starting on January 1, 2020. The cabinet will convene in six months to review the body’s work and make adjustments if necessary.

The security cabinet’s decision to set up the committee follows massive Chinese investment in recent years in vital and often sensitive Israeli infrastructure projects, including the Carmel Tunnel project in Haifa, the Tel Aviv light rail’s Red Line, and the ports in Ashdod and Haifa, as well as the sale of the food giant Tnuva to a Chinese firm. Although Israel has blocked Chinese investment in the past, no single body was authorized to oversee the process. For instance, Israel’s Commissioner of Capital Markets, Dorit Salinger, blocked all attempts by Chinese firms to acquire Israeli insurance companies Phoenix Holdings, Meitav-Dash, and Clal Insurance Enterprises.

The Trump administration wants Israel to act on the investment issue amid a bitter trade war with China and anxiety over Beijing’s aspiration to become a global high-tech leader. According to Channel 13 television, in April 2019, when President Donald Trump signed the document recognizing Israeli sovereignty of the Golan Heights, he demanded that Jerusalem cool ties with China. Trump even warned that failure to do so could harm American military aid to Israel.

Israel has sought to avoid taking sides in the conflict and remain neutral. It took a long time for Israel to make a decision on this matter because it was trying to balance its interests between wanting to protect its relationship with its most reliable ally and wanting to protect booming economic ties with China. Israel did not want to place hurdles in the path of investments that are an essential engine of its economy. In 2018, Chinese investment in Israel’s tech sector reached more than $325 million.

Israeli officials fear that the new supervisory body could pose a danger to the Israeli economy. The body could have been a death blow to the tech sector, as any foreign investor would have had to take into account the fact that any action it wished to perform following its investment would be subject to scrutiny by a secretive security body that owed them no explanations. The finance ministry was very concerned that the establishment of the body could severely affect the funds being invested in the tech sector, which are a significant revenue source for Israel in the form of taxes and more indirectly via the high salaries tech employees receive.

The big question is how the new committee will affect Sino-Israel-US relations in the future, if at all.

It will only play an advisory role on prospective foreign investments in Israeli companies, and government regulators do not have to consult with the committee or accept its recommendations. It is unclear if this mandate will satisfy the Trump administration, which demanded stronger restrictions on Chinese investments, especially in the tech industry.

The Cabinet decision was a compromise between national security and the need to maintain close relations with both the US and China. It remains to be seen whether it will either satisfy Washington or anger Beijing to the point of driving out Chinese investors. 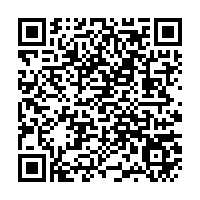