Social Justices warriors and progressives went berserk this week when Israel exercised its right, as any sovereign nation, to determine who enters its borders. It barred an anti Israeli American student from entering the country and ordered her deported over her alleged support for anti-Israel boycott efforts.


There are few places on earth whose very mention causes anger hives to break out, rivers of rage to flow and violent marches of madness to occur, like one small country on the eastern shores of the Mediterranean Sea.

That place of course is Israel – a country according to some fanciful media, is a kind of mammoth superstate that encompasses most of the Middle East, continually gobbling up surrounding lands and expelling its people.

It is amazing that there is more time devoted by supposed “Human Rights” groups, United Nations resolutions and other so called ‘freedom’ movements, on this country than all other countries on earth combined. That means that North Korea, who starves its people; African countries, who ignore their people; Arab regimes, who execute their people – all fail to garner the kind of outrage reserved only for this tiny Jewish state. A state 19 times smaller than California and a 103 times smaller than Saudi Arabia.

Of course, no country is ever above criticism, yet when it comes to Israel, the social justice that so many of its critics say they crave, morphs all too easily into anti-social justice.

A case in point is the BDS movement who feature the words, “Freedom, Justice, Equality” under their logo, yet fail to pursue any of those goals. They claim to be a group devoted to freedom for “Palestinian” Arabs, yet not once have we ever seen them actually helping the people they are so ‘devoted’ to.

Think about it. Have you ever heard of them doing something, anything, positive or beneficial to the very people in whose name they claim to be carrying out their activities? While “Palestinians” are dying in refugee camps in Syria and denied access to jobs, civil rights and equality under every Arab country – this movement is more concerned with disrupting music festivals that feature Jews or Israelis, using massive intimidation, threats, bullying and intense social media campaigns.

Naturally, they will dismiss claims they are anti-Semitic, yet that is easily debunked, such as when they targeted Jewish singer Matisyahu at a Spanish music festival, threatening him and the festival organizers itself if he played – and he isn’t even Israeli! Singling out Jews for criticism or holding them to a different standard is one of the fundamental canards of historical anti-Semitism.

BDS is a group more interested in taking cherry tomatoes off supermarket shelves than helping ordinary “Palestinians” feed and take care of themselves. Every ‘success’ of theirs means more suffering for those ordinary Arabs who are just trying to make a living. This was perfectly illustrated when they successfully forced the Israeli company SodaStream to relocate from their Judea and Samaria location, forcing thousands of Arabs citizens of the Palestinian Authority (PA) to lose their jobs.

The hypocrisy of the leaders and advocates of this movement is so blatant, further evidenced by BDS leader Omar Barghouti, who studied at Tel Aviv University in the same country he wants to boycott! Or how about fierce Israeli critic, Roger Waters, who has no problem playing with great enthusiasm in Russia – not exactly known as the gold standard in human rights.

Then there are the rising young stars of the Democratic Party – young and hip and good-looking millennials, whose anti-Israel stance will guarantee their status as social justice warriors.

Stars such as Alexandria Ocasio-Cortez, who openly criticizes Israel for “the occupation of Palestine” yet, in a PBS interview, admits she actually knows nothing about Israel!

Or how about Julia Salazar, the pro-BDS “Jewish” successful candidate, who it turns out isn’t even Jewish! With Julia, every day is a new adventure as each lie begins to unravel with the frequency of a day time soap opera scandal.

Yet when that justice is so misaligned, so misrepresented and so distorted, it fails to represent real justice, instead becoming a warped reality of a false justice.

Israel is the perfect example of this distortion, for there are few countries who contribute more to the well-being of the world in fields such as farming and irrigation and fighting poverty and so many other endeavors than Israel, yet there are also few countries that are scrutinized more, misjudged more and unfairly misrepresented than Israel.

Real issues affecting the entire human race are being ignored due to this hateful obsession – an obsession that would rather see the destruction of all of humanity than support for the Jewish homeland.

Time to tackle the lack of human rights in Arab countries.
Time to deal with the lack of clean drinking water in African states.
Time to account for the lack of accountability for US money spent on despotic regimes.
Time to sanction the ongoing terrorism perpetrated by groups such as Hamas and Hezbollah and the Palestinian Authority.

But most importantly, it’s time for the world to get ‘unwoke’ and wake up instead. 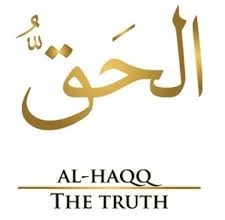 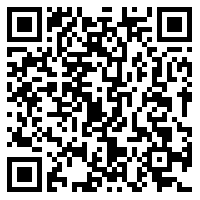