“Fake history” and “big lies” are key weapons used to attack Jews and Israel.  The anti-Israel far left’s relentless assault on the truth is especially dangerous when it comes from ostensible Jewish leaders.  Pro-Israel groups are correctly concerned that a hostile-to-Israel propagandist and careless biased historian, David Myers, is now heading the prestigious Center for Jewish History (CJH), in New York.


Myers serves as a “JVP Academic Advisory Board Member.”  Myers’ other “worst of the worst” extreme, radical hostile-to-Israel group involvements include: fundraising for the extremist “If Not Now”, a group that supported “solidarity with Palestinians” during the Gaza war, while Hamas rained rockets on Israeli civilians; serving on the board of the radical New Israel Fund, which funded anti-Israel NGOs engaged in anti-Israel boycott and delegitimization campaigns; and serving on Soros-funded, extremist, hostile-to-Israel J Street’s Advisory Council.”  J Street’s co-founder called Israel’s rebirth “an act that was wrong.”)

Shamefully, in the midst of the Second Intifada, instead of castigating Palestinian Arab terrorists for murdering and maiming thousands of innocent Jews, Myers castigated me.  In a Los Angeles Times article, Myers complained that my (Morton Klein’s) concerns about ongoing Arab terrorism played on “historical” fears, and he “bemoaned the mainstreaming of Morton Klein” (because my predictions that Oslo would be a disaster leading to more terrorism were, painfully, proven correct).

Myers also signed a public letter absurdly claiming “The {Iran] deal . . . is grounded in rigorous inspections and monitoring.”  In fact, the Iran Deal limits inspections to specific declared sites for a limited period; forbids inspections of key military sites where nuclear weaponization is likely occurring; and imposes lengthy roadblocks to possible access to undeclared nuclear sites.  (Joint Comprehensive Plan of Action,” Annex I, P&Q, paragraphs 70-78.)  Moreover, Myers’ letter was published two weeks after then-Congressman Mike Pompeo and Senator Tom Cotton publicized the Parchin military complex “side deals” that, as Senator Bob Menendez explained: “allow Iran to collect its own soil samples, instead of IAEA inspectors. That is like letting Lance Armstrong collect his own blood samples for a doping investigation.”

Myers also falsely wrote in the Jewish Journal in May 2017 that Palestinian-Arab schoolbooks have “little evidence of dire demonization” towards Jews and Israelis, and blamed “both sides,” citing an isolated, dishonest, highly flawed, much-criticized February 2013 “study” by an anti-Israel council.  (Myers also falsely claimed this was a U.S. State Department study, although the State Department refused to endorse it.)

Myer’s false claims were contradicted by: the 2013 study’s actual raw data (e.g., “Whitewashing Hate”); the 2017 Hebrew University study (published one month before Myers’ article) which reproduced numerous vicious anti-Semitic, anti-Israel statements in PA textbooks at every grade level, for every subject, teaching “systematic hatred of all things Jewish/Israeli . . . Each student recites: ‘I vow I shall sacrifice my blood . . . will remove/eliminate the usurper from my country, and will annihilate the remnants of the foreigners’”; Israel’s detailed 2013 study response providing numerous examples of false, vicious anti-Israel PA educational materials, including children’s stories holding up Hitler as a role model who killed Jews “so you would all know that they are a nation which spreads destruction all over the world,”; Arabic language textbooks stating that “snakes [Israelis] invaded us” and “Your enemies killed your children, split open your women’s bellies, held your revered elderly men by the beard, and led them to the death pits”; and Arabic language tests asking students to punctuate the sentence “Do not view the occupier as human”; and well-documented and 2006 and 2015 studies that likewise found that PA textbooks incite murdering Jews, falsify history, promote terrorism, invent Jewish attacks on Muslim holy sites, and promote anti-Semitic conspiracy theories from the “Protocols of the Elders of Zion.”

Myers also disparages the very essence of Judaism and Zionism: the Jewish people’s millennia of hopes, dreams, and daily prayers for Jerusalem and Israel.  In “Rethinking the Jewish Nation, Myers asserts: “the ideology of Statist Zionism [which Myers defines as “maintain that the State of Israel . . . represents the fulfillment of the most exalted millennial hopes of the Jewish people”] discourages . . . efforts toward fortifying, the global Jewish collective.”

Myers has also severely harmed Jewish and pro-Israel student life, according to a former UCLA colleague/professor and students at UCLA and Brandeis.  UCLA alumnus Allan Kandel stated: “You have no idea how many kids [Myers] has turned off to Israel and how he espoused his anti-Israel rhetoric at any opportunity [at UCLA}. Israel is to blame for everything according to him and he’s dangerous because of his self-proclaimed “love” for the Jewish state.”

Myers also blames Israel and “Israeli occupation” (of her own land) for anti-Israel boycotts.  Myers ignores that Arab anti-Jewish boycotts began before Israel was a reborn state, and long before Israel recaptured Judea/Samaria/Jerusalem’s old city from their illegal Jordanian occupiers.

Alarmingly, Myers also disparages Israel’s essential, life-saving security measures as “morally unsustainable.”  A historian should know that Israel had to establish checkpoints, intelligence and security operations and the security fence to stop the deadly Second Intifada.

The Center for Jewish History should be led by an honest, carefully accurate historian or other executive – not by hostile-to-Israel propagandist David N. Myers. 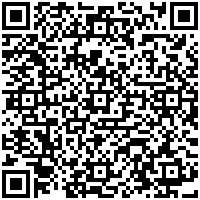