When the United States, Canada, and European Union wanted someone to rescue members of the Syrian Civil Defense organization, also known as the White Helmets, from southwestern Syria as the Assad regime and its allies were closing in last week, who did they call? They called Israel. And Israel came through.


Though the White Helmets themselves failed to acknowledge who saved them, the U.S., Canada, UK, and EU all acknowledged Israel’s help.

For example, following the rescue, Jason Greenblatt, the administration’s Special Representative for International Negotiations, wrote,  “Following a request from @potus and other allied leaders, last night Israel conducted a daring humanitarian rescue from Syria of hundreds of “White Helmets” personnel and their families and transferred them safely to Jordan.”

While Israel clearly had some advantages in carrying out this “daring” mission — Syria is on its northern border, and the IDF has been carrying out clandestine humanitarian missions inside Syria for some time — when it comes to aiding the security goals of the West, Israel has recently been quite helpful. And Israel’s help has been extended in situations that are not as close by and that are also many more times more complex.

At the end of April, Israeli Prime Minister Benjmain Netanyahu announced that Israel had stolen a half-ton of files from a secret Iranian archive of its nuclear weapons program. The files showed conclusively that Iran, contrary to its protestations, was indeed pursuing not just nuclear research but nuclear weapons research.

The Israeli seizure of the Iranian nuclear archive was in the news two weeks ago, when The Wall Street Journal, The Washington Post and The New York Times were briefed on the contents of the archives. The Israeli operation exposed one of the weaknesses of the nuclear deal: the failure of the deal to account for the full extent of Iran’s nuclear weapons research.

The Israelis told the Journal that the reason they made details of the archive available to journalists was in order to prompt the International Atomic Energy Agency (IAEA) to insist that Iran come clean about all of its nuclear weapons research. Israel said that it didn’t have time to take all the files in the Tehran warehouse that they raided. The West, if it cares about the threat that a nuclear Iran would pose to them and to the world generally, must insist that Iran make their remaining, extensive files available to IAEA inspectors.

At the beginning of the month it was reported that an Iranian-backed terror plot in Paris had been broken up and several people, including an Iranian diplomat, had been arrested. Last week, the Israeli media reported that indeed, the Mossad, Israel’s external security agency, had provided security officials in Germany, France, and Belgium the crucial intelligence those countries needed to thwart the attack and arrest its suspected perpetrators.

The reports in the Israeli media are consistent with a claim that Israeli Prime Minister Benjamin Netanyahu made in January of this year in a meeting with NATO ambassadors, that Israeli intelligence helped foil dozens of major terror attacks across Europe.

Perhaps it’s no surprise then that last week, Europol, Europe’s police agency, signed a cooperation agreement with Israel, its first with a non-European state, to fight crime and terrorism.

In these three examples, all occurring within the past month or two, Israel has demonstrated its indispensability to the security of the West.

That Israel can use these capabilities to help its Western allies fight threats to their citizens makes Israel an essential ally. It was nice to see so many of those allies acknowledge this much after the rescue of the White Helmets. 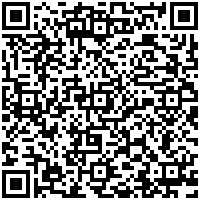