Ever since the article last month in The New York Times describing a major Israeli air force training exercise, analysts and prognosticators have been busy commenting, speculating, and, in many cases, downright fantasizing.

The front-page piece detailed an exercise involving hundreds of Israeli fighter jets flying over nine hundred miles and refueling mid-air on a practice run apparently targeting Iran – specifically, Iran’s nuclear capability. Now everyone is wondering if and when Israel will attack Iran for real.


Truth is, Israel might attack Iran — but only when there is no other alternative, only if the international community falls down on its job and allows Iran to achieve independent nuclear capability. That time is not now. Should that time come, however, Israel will not announce it anywhere, not in the Israeli press, not in the international press and certainly not on the front page of The New York Times.

The story was released not by anyone in Israel but by unnamed sources in the United States. Publicly announcing Israel’s ability to target Iran is not in Israel’s best interest, but it is in the interest of the United States. The story was pitched not by Israel in an attempt to place pressure on Iran, it was pitched by the U.S. as a public-relations ploy — a means of applying pressure on Iran. True, Israeli defense and diplomatic channels have neither denied nor confirmed it, and Israeli officials have probably collectively chuckled over the effect the story is having, but it was not their leak.

The U.S. is telling Tehran that there is a third party out there, and that this third party is acting independently. Washington is telling other European capitals to look out for Israel because Israel will destroy Iran’s nuclear capability on its own if they do not hurry up and act to get Iran under control.

The training exercise, which took place in early June, was not the first such exercise by Israel. It will not be the last. Israel needs to plan; it needs to be prepared for a worst case scenario, it needs to be ready to thwart an imminent attack.

If it seems certain Iran has gone beyond the threshold and is on the verge of having everything necessary to create a nuclear bomb — at that last possible moment, Israel will attack. And according to all Israeli estimates, that time won’t come for at least another eighteen months if Iran is not derailed by the international community.

An Israeli attack will be a specifically targeted attack. Israel will not set out to destroy everything Iran has; that would take too much effort and the risks would be too high. All Israel needs to do is derail Iranian nuclear productivity, to set back the clock, to delay the process. A successful Israeli attack on Iran will be an attack that buys the time needed to bring the weight of the world down on Tehran.

When Israel hit the Syrian agricultural laboratory last September 6, Israeli pilots knew how to negotiate the mountain ranges of Turkey. They knew because they had practiced  repeatedly and Israel secured permission from Turkey to fly over Turkish air space.

Specifically, Israel had permission from Turkey to fly over its air space in order to enter and exit not Syria but Iran. The Turkish government was not pleased, to say the least, that Israel chose to use its air space to bomb Syria without asking, but the Turks got over it because they realize the need to keep Iran in check and they know that if all else fails, Israel will be forced into action.

Should international sanctions against Iran prove effective, Israel would be less likely to strike, regardless of the vitriol and intensity of Ahmadinejad’s verbal attacks against Israel and the West. Likewise, should Iran’s supreme leader, Ayatollah Khamenei, lose confidence in Ahmadinejad and ascertain that Israel and the international community are indeed capable of striking Iran, he might well decide to soften Iran’s nuclear stance, even for the short term, thereby reducing the chances of an Israeli attack.

Perhaps the most significant factor of all will be the identity of the next president of the United States. Israel will not and cannot go into Iran without a green light from the United States, and that green light is flashed directly from the Oval Office. Israel will petition for carte blanche permission and probably get a conditional yes depending on the intelligence reports and the urgency. 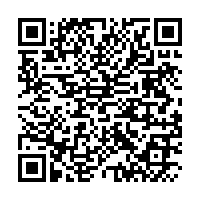