In both word and deed, Israel is firmly committed to its red lines. The reddest of all is that Israel will not permit Syria to be turned into a forward base for direct Iranian operations and a manufacturing center for precision-guided missiles.


The Islamic Republic of Iran is equally committed to making both of those things happen.

Given their mutual resolve in meeting diametrically opposed objectives, the prospects of a conflagration between Iran and its proxies against Israel are high enough to consider how such a war might play out and what the ramifications might be of such a deadly conflict.

If war does break out, it will signal the end of an era ushered in by the October 1973 War and formalized in the peace treaty with Egypt, which was the most powerful Arab enemy at the time. That treaty marked an end to inter-state wars between Muslim states and Israel.

Most of the conflicts in the four and a half decades since have taken place between Israel and non-state actors, including the long low-intensity conflict between Iran’s proxy, Hezbollah, and Israel in southern Lebanon and the larger conflagration in 2006.

Would Iran attack Israel directly or make do with activating Hezbollah? (The Syrian army has its hands full completing the defeat of the Sunni opposition forces in northeastern Syria in the Idlib area and preventing their resurgence.)

Tehran might decide to attack directly for several reasons. One is its perception that a Hezbollah-directed missile war might not be sufficiently costly to Israel to deter it from continuing to attack the Iranian infrastructure in Syria. It would also bring in its wake the danger that Israel might choose to retaliate directly against Iran.

Hezbollah’s war-weariness could be another factor in Iran’s decision to either attack alone or share the pain of war-making with its proxy.

Hezbollah draws its ranks from a small community of fewer than two million souls. It is responsible for the continuous bloodletting of that community’s youth from 1982 to 2000, primarily against Israel but also against the Sunnis of Tripoli and the Palestinians in the “war of the camps” in 1985.

The bloodletting came to a temporary halt with the Israeli withdrawal/hurried retreat from southern Lebanon in 2000 and the disintegration of its Maronite-supported militia, only to reemerge six years later as Hezbollah suffered hundreds of deaths in the 2006 confrontation with Israel.

Six years after that, Hezbollah was again bleeding its community’s youth in the bloody civil war in Syria, which continues to this day. The lack of popularity of what is probably the deadliest of Hezbollah’s wars to date can be seen in the major media sites linked to the organization.

These sites scarcely report on Hezbollah’s participation on the Syrian battlefield, and the sophisticated videos the organization produces to immortalize the fighters (“martyrs”, as they call them) are buried on the sites in a way that makes them difficult to find. They are clearly intended for the families alone and not for the general Shiite public, which seems opposed to such participation – not least because the Shiites do not want to antagonize their Sunni neighbors in Lebanon and once again risk a deadly civil war.

Demographic data also show that the birthrate of Shiites in Lebanon (as indeed in Iran itself) has plummeted. In 2004, it reached a “European” fertility rate that is below replacement rate.  This means new recruits will increasingly come from four member families that have already experienced painful loss of life.

For these reasons, Tehran is more likely to attack Israel directly. However, as it has no air force and very little capacity to dispatch troops from Iran (they would be prey to Israel’s air force en route), Iran will probably opt for a missile war in which Hezbollah will likely take part.

A missile war and the subsequent massive use of Israeli air power would reveal both countries’ vulnerabilities. Iran is vulnerable despite its massive population size compared to that of Israel (80 million for Iran as opposed to 8.5 million for Israel) and the even more substantial difference in territorial size (1.65 million sq. km for Iran compared to only 21,000 for Israel).

Why is Iran as vulnerable as Israel despite these differences? Because it has existential liabilities. One is that Iran exports 90% of its oil and gas from a single port (essentially an island), Kharg, one hundred miles southeast of the tip of the Iraqi-Iranian border on the Persian/Arab Gulf. The revenues Iran derives from that oil and gas amount to at least 40% of government expenditures and around half its foreign reserves.

Also, the port of Bandar Abbas (“bandar” is “port” in Farsi) on Iran’s southern tip is responsible for 90% of its container trade. The goods brought in by container represent only 15-20% of total trade, but they are the goods that keep the Iranian quality of life in the 21st century.

One can safely assume that the Israeli air force has given much consideration to addressing these two major points of Iranian vulnerability.

The war will be very destructive and disruptive – not only for Israel and Iran but for neighboring states as well. Israel might feel compelled to attack airports in Lebanon, Syria, and even Iraq to prevent the movement of Iranian troops and equipment.

Israel is vulnerable due to its small size and dense population, especially in its coastal area. But it has one advantage: Israel’s citizens will be firmly behind its democratically elected government in the event of hostilities with Iran.

This might not be the case for the fundamentalist regime of Iran, whose population has been paying dearly for the regime’s imperialist ambitions and will pay a hundred times more if such a war breaks out.

Who knows? To stave off its own downfall, the Iranian regime might decide to avert a war with Israel – which never wanted a conflict with Iran in the first place. 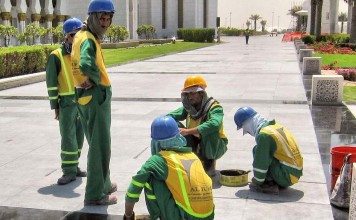 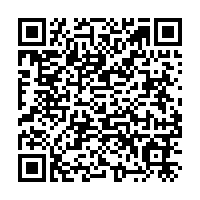