Now that Gaza-bound Qatari funds have filled Hamas’s coffers—and, to the terrorist group’s delight, without any strings attached in the forms of concessions—it has been signaling that it is ready for a prisoner deal with Israel.

Not a day goes by without some Hamas official stating that talks are underway, even if they are still under the radar and through Egyptian mediation. Hamas has even gone so far as to share the alleged details of the deal.


Hamas’s conditions are hardly surprising, and the price tag for Israel has remained largely unchanged. Terrorist groups have increased their demands ever since Israel began releasing prisoners in the 1980s in exchange for captives, having come to the realization that Jerusalem is willing to do anything to bring back its soldiers.

Hamas is now demanding not just that Israel release all the those who were released in the 2011 deal for Gilad Shalit and later rearrested, but also female prisoners, including those with blood on their hands, on top of thousands of Hamas prisoners. It is safe to say that the icing on the cake would come in the form of a new demand: the release of the six prisoners who recently escaped the Gilboa Prison and were later recaptured.

Israelis have a soft spot when it comes to the lives of their troops and the bodies of their fallen, and we should be proud of this. For Israel, this is more than just about haggling; it is about actual names and faces in our collective psyche: the remains of IDF soldiers Hadar Goldin and Oron Shaul and the civilians still being held alive in Hamas captivity, Avera Mengistu and Hisham al-Sayed.

In contrast, Hamas considers prisoners as a means to grease the wheels of its revolution. They serve its interests when they are behind bars, but also when they are at home. Thus, Hamas has no sense of urgency, and can bide its time while constantly raising the price.

Unfortunately, Israel has chosen to play on its turf and according to its terms. In fact, it is playing to Hamas’s hands because it has not made the return of the soldiers and bodies as a precondition for any long-term political arrangement in the Gaza Strip or to the transfer of funds and economic recovery of the area. For Hamas, that is a very accommodating posture.

As far as Hamas is concerned, prisoners can continue to wait, but rebuilding Gaza and restoring the terrorists’ military capabilities cannot. Those two issues top its concerns.

If Israel wants to avoid another bad prisoner deal, it must set new rules and move the game to new turf. It must go back to the basics by making one condition: Without returning the two captives and two bodies of IDF soldiers, the recovery process will ground to a halt; the flow of funds will stop; and no political arrangement will be finalized. 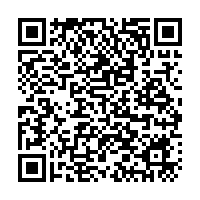