In the coming months, a government report will be released that will mark an historic turning point in how the State of Israel relates to people with Jewish roots.

Compiled by a special committee established by the Diaspora Affairs Ministry, the document is said to recommend a number of measures aimed at strengthening the bond between the Jewish state and millions of descendants of Jews around the world who are no longer considered Jewish.

As someone who has devoted the past 15 years to promoting precisely this idea through Shavei Israel, the organization that I chair, I am convinced that we are on the cusp of a watershed moment in Jewish history, one that will herald the return of countless souls once deemed lost to our people.

Indeed, over the past two decades, a burgeoning number of individuals and communities worldwide have been embracing their historical connection to the Jewish people in one form or another.

Some are driven by an intellectual or emotional curiosity, others seek spiritual sustenance, cultural meaning or a sense of identity.

But whatever the motivation, this phenomenon is sweeping across oceans and continents, inspiring everyone from professors in Portugal to peasants in Peru to explore a simple yet profound question: What does it mean that their ancestors were once Jews? In Poland, for example, there are tens of thousands of Poles with Jewish roots grappling with this very issue.

After the Holocaust, many Jews in Poland chose to hide their Jewishness because of the suffering they had endured under Nazism, which was followed by waves of antisemitic oppression under Communism.

In addition, during the German occupation, thousands of Jewish children were put up for adoption with Polish neighbors or institutions and grew up ostensibly as Polish Catholics.

Since the downfall of the Iron Curtain, a growing number of the offspring of these “hidden Jews,” whose Jewish roots go back just two, three or four generations, have begun exploring their heritage and returning to the Jewish people.

In addition, throughout the Spanish- and Portuguese- speaking world, there are untold numbers of Bnei Anusim, whom historians refer to by the derogatory term “Marranos,” whose Iberian Jewish ancestors were compelled to convert to Catholicism in the 14th and 15th centuries.

Many continued to cling to their Jewish identity and faith in secret, passing it down through the generations, and in recent years, large numbers of Bnei Anusim in Spain, Portugal, Sicily and Central and South America have begun to return to their roots, embracing the faith of their forefathers and looking to rejoin the Jewish people.

There are other communities as well, ranging from the 7,000 Bnei Menashe of northeastern India, who are descended from a lost tribe of Israel, to the 15,000 Subbotnik Jews of the former Soviet Union, who are descendants of Russian peasants who converted to Judaism two centuries ago.

These groups have for the most part been on the periphery of organized Jewish life, frequently ignored or overlooked by Israel and mainstream Jewish communities.

It is time for this to change. Snubbing such groups is not only a grave strategic and historical mistake, but it contravenes the Jewish values and Zionist ethos upon which Israel was founded.

In my travels to various far-flung communities, I have seen it time and again: The moment someone discovers or rediscovers his or her Jewish roots, it can have a transformative effect on how they relate to Israel and the Jewish people.

Some choose to formally return to Judaism, thereby strengthening us demographically. Others develop a greater affinity for Israel and Jewish causes even if they do not return to the Jewish fold, making them more supportive and sympathetic to our people.

We have a responsibility toward these communities and individuals, many of whose ancestors were torn away from us against their will, to extend a hand and welcome them back.

And that is what makes the impending release of the report by the Diaspora Affairs Ministry so important.

For the first time, the government of Israel will be proposing a concerted series of steps to engage with descendants of Jews.

Diaspora Affairs Minister Naftali Bennett, Ministry director-general Dvir Kahane and Dr. Ofir Haivry, who headed the committee which drafted the report, deserve praise for their courage and vision in tackling this important issue.

The fact that the State of Israel is doing so will send a powerful message to descendants of Jews worldwide, reversing decades in which they were paid little heed.

And it will provide them with further encouragement and support on the journey of discovery that many have undertaken.

Frankly, we owe it to them and to ourselves to bring our lost Jewish brethren back. Doing so will strengthen our people demographically and spiritually, quantitatively and qualitatively. It is a win-win situation for all concerned, so let’s roll up our sleeves and get to work.

Jewish destiny is calling and there is much to be done. 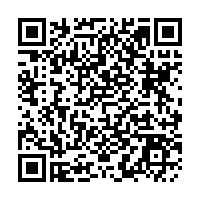