Hand in hand with patriotism comes prayer. American presidents, Republicans and Democrats alike, don’t hesitate to invoke God, and there is no reason why the Creator should get short shrift in Israel’s public discourse.

America each year has a National Day of Prayer, proclaimed by the president, and there is even a statute that was passed by Congress, Public Law 100-307, which calls on the American people “to reaffirm the role of prayer in our culture.”


In the wake of 9/11, Americans reached for their flags and came together to pray. They demonstrated that you can be the strongest nation on earth yet still be humble enough to bow your head before God and ask Him for assistance.

Israelis can and should learn a valuable lesson from this. America is on the march because it believes in itself and in a higher power, and it is not ashamed to say so.

By contrast, for the past decade Israel has been in retreat, pulling back and pulling out, yet never succeeding in moving forward because it has lost confidence in the justness of its cause.

It is time for us to realize that there is nothing wrong with having a little faith. After all, we are fighting for our existence in the Holy Land, so what could be better than resorting to the sacred tool of belief? If it is good enough for America, it should be good enough for us as well.

So let’s dedicate this New Year to patriotism and prayer. By raising the flag we will be raising our nation’s spirits. And by lifting our collective voices and appealing to Heaven we might just finally dispel the gloom that is hanging over us, once and for all. 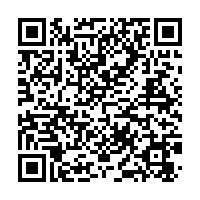