Representatives of the religion of peace had their hands full earlier this month organizing demonstrations, burning the pontiff in effigy, promising to assassinate him, instigating church bombings, killing at least one nun, and generally threatening the annihilation of Christian civilization because of the pope’s remarks about Islam nurturing “evil and inhuman” acts. A Turkish cleric declared that the pope’s statement reflected a terrible ignorance of Islam.

Dr. Muhammad Abdul Bari, general secretary of the Muslim Council of Britain, said that while the pope’s apology was a “welcome step,” he still needed to repudiate critical statements of Islam, even quoted ones, because of “the hurt his speech caused.”


And with logic suggesting that the beatings would continue until morale improves, Bari also threatened the country with “two million terrorists” unless the Brits stopped making all those ridiculous connections between Islam and terrorism.

The irony of all this is lost on no one, except The New York Times, of course, which seems only in favor of free speech if the results harm national security. The Gray Lady’s editorial writers offered this piece of pabulum on Sept. 16:

The world listens carefully to the words of any pope. And it is tragic and dangerous when one sows pain, either deliberately or carelessly. He needs to offer a deep and persuasive apology, demonstrating that words can also heal.

Sure, that should help, but let’s consider some consequences of all this.

Benedict did in fact apologize for his remarks, on Sunday, Sept. 17, by saying that he was “deeply sorry” and that the “evil and inhuman” phrase did not reflect his own opinions. He wanted simply to encourage a “frank and sincere dialogue, with great mutual respect.”

Didn’t matter: a whole slew of Muslim organizations from Morocco to Indonesia wanted more; in fact, Islamic theocracies and their terrorist lackeys throughout the Middle East want him to grovel, not apologize, and here’s where the real problem is with Benedict’s remarks. Either a) he should not have uttered them at all, which still would have left him with a pretty good speech; or, b) if he wanted to retain those few words, regardless of how well buried they are among other points in his address, he should not apologize for having spoken them.

Quite the contrary, he should have chided his critics for misunderstanding what he was trying to say.

The first option would have left the pope with an articulate but meaningless address, for the simple reason that it is impossible to carry out a sincere dialogue with those who have contempt for any actions on the part of their opponents other than abject surrender. The result would have been just another innocuous addition to the vacuous palaver that has taken place between Christianity and Islam over the past century or so.

So, Option A is neither win-lose nor win-win; it’s more like nothing-nothing.

Now that would have provoked a real dialogue, perhaps even shaken a regime or two, but at least the menagerie of EU prime ministers would have been forced to stand up for Western values against continued attacks before the disastrous demographic trends in Europe make their comments all but irrelevant.

As it turned out, Benedict XVI chose Option C, which without question is lose-lose. That is, he chose first to declare Islam guilty of “evil and inhuman” acts – it really doesn’t matter when, by the way – after which he backed down, and is continuing to back down.

Islamic radicals can smell the rot of weakness and defeatism half a globe away; and Europe is right next door. Indeed, everything Islamic radicals have learned about Europe since the Second World War has convinced them that Western civilization, regardless of its material comforts and technological sophistication – or perhaps because of those things – is in decline. Just continue to exert pressure and wait, they must conclude; eventually the West will melt into the arms of Islamdom, probably apologizing all the way. 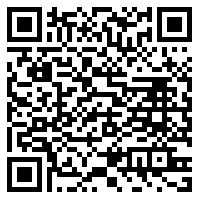