This year’s so-called “Nakba Day” was the height of the nightmare that Israel has experienced over the past week. Ever since the death of Al Jazeera reporter Shireen Abu Akleh, we have been bombarded with accusations left and right, with no end in sight.

Within two days, both the military and the police found themselves in the midst of a scandal: the former accused of killing a journalist who “spoke the truth about the occupation” and the latter of striking mourners and disrespecting the dead, and so on and so on.


And with no soldiers and officers in sight, the Palestinians on both sides of the Green Line allowed themselves to go wild, for who could stop them? There were the Palestinian flags waved and violence at Tel Aviv University, clashes at the Mahane Yehuda market in Jerusalem, the march held after the death of Jenin terrorist Daoud Zubeidi, the lynch attempt of a Jew in east Jerusalem and, unfortunately, more events that might occur by the time this piece is published.

In both Jerusalem and Tel Aviv, the rioters received the full backing of Knesset members who represent them: Joint List MKs Aida Touma-Suleiman, who was “proud of the impressive young people who insist on exposing the true history of this place”; Ofer Cassif, who assaulted a police officer; and party leader Ahmad Tibi, who helped a rioter escape the police.

We should have seen this coming the moment Akleh was killed. The mad spiral that always—and I mean always—ends in Israel being slandered and Jews killed, surprises no one. For that is what they have always done—during Operation Guardian of the Walls in May of last year, 2014’s Operation Protective Edge and before. Our subservience made no difference, neither did the neutering of law enforcement nor, for that matter, the truth.

But we do not have to go down this path. There is another way.

The naivete of thinking, “If only we prove to the world that we are okay, it will not strike us,” stems from a mentality similar to that of a spouse in an abusive relationship. So, if that is the case, why don’t we just stop giving a damn what everyone thinks, and for once, just tell the truth as it is?

This whole situation might have looked different had Israeli leaders said in unity after the journalist’s death: It is a tragedy. It is unclear who killed her, but we are certain that she—as a war reporter—knew the risks. If we had wanted to kill her, we could have done so in a sophisticated matter, but we did not. Moving on.

As for the funeral of the Jenin terrorist, one wise person told me when we discussed whether Palestinians who throw stones should be shot at, that he preferred “a good lawyer over a good eulogist.” This is true both on the micro and macro levels.

The state shouldn’t focus on how our actions might be perceived by the world, but on protecting our sovereignty and lives. If we will be condemned in any case, then we must make sure not to go down this path again, which always ends in the death of Jews. 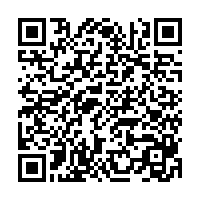