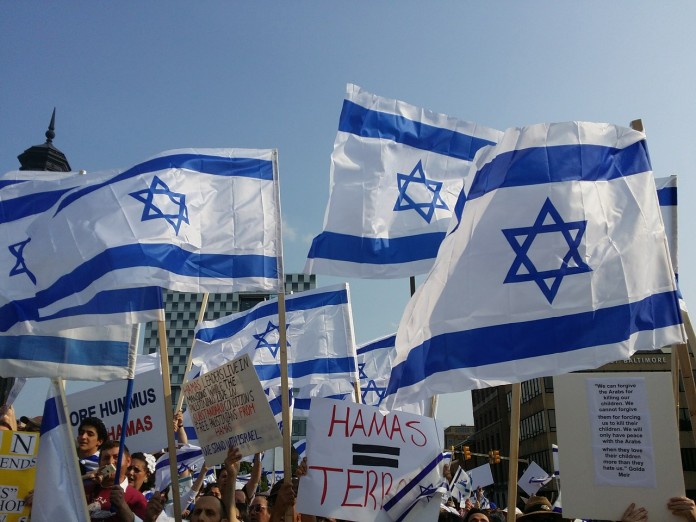 On Tuesday, Israeli commandos attached limpet mines to an Iranian cargo ship in the Red Sea, the MV Saviz, which was reportedly a covert forward base for the regime’s Islamic Revolutionary Guards Corps.


According to the United States Naval Institute, the Saviz, which had barely moved position for three years, may have been used to feed intelligence to Iran and its Houthi proxies in Yemen for nefarious purposes, including numerous strikes on maritime vessels in the area.

The ship was only lightly damaged in the explosion, and there were no casualties. The most interesting fact was that Israel notified the United States that it was responsible. This indicated the attack was a message to the Biden administration that, if the United States won’t stop Iran in its tracks, Israel is prepared to attack it on its own.

Such a message was deemed necessary because of intense alarm that President Joe Biden appears to be determined to empower Iran and other bad people in the Middle East.

In particular, he is determined to rejoin the 2015 nuclear deal, which would allow Iran to develop nuclear weapons with only a short delay and with the lifting of sanctions funneling billions of dollars into terrorism against Israel and the West.

The administration had insisted that Iran must comply with the deal’s conditions before any sanctions were lifted. Yet on Wednesday, the U.S. State Department said it would lift sanctions that were “inconsistent” with the 2015 deal in order to “return to compliance.”

This week, when American diplomats sat down with Iranian intermediaries to start negotiations over a revamped deal, the Iranians predictably crowed that they had achieved victory.

With equal malevolence, the Biden administration also announced this week that it will resume funding the Palestinians in Judea, Samaria and Gaza to the tune of $235 million, as well as giving $150 million to the U.N. Relief and Works Agency (UNRWA).

Aid to both had been stopped by former President Donald Trump because of the Palestinians’ support for terrorism and UNRWA’s malign role in perpetuating the war against Israel by creating the uniquely self-replicating status of Palestinian “refugee.”

Yet both the Iranian and Palestinian regimes have responded to Biden’s “goodwill” gestures by repeatedly insulting the United States or attacking American allies in the Gulf.

The more sweeteners America offers these regimes, the more they display their contempt and thus weaken it further by demonstrating its ineffectuality to the world. And the more they humiliate America, the more it offers them.

Either the Biden administration is so blinded by left-wing romanticization of the developing world that it’s incapable of understanding the lunacy of all this or these baleful developments are what it actually wants.

After all, a number of its officials have a history of extreme hostility to Israel. And that’s an almost infallible marker of resentment or aggression towards the West, of whose interests in the region Israel is the most important defender and guarantor.

Either way, people who think like this are so determined never to acknowledge the real threat to the West that they use Israel and the Jewish people instead as scapegoats.

Predictably, therefore, such people have accused Israel of aggression in attacking the Saviz, ignoring the fact that its presence in the Red Sea was an aggressive act against Israel and Western interests.

Israel’s attack on the ship also sent a message to the Arab world. This is aghast that America is now locked into a deadly spiral of appeasement and aggression with the Arabs’ Iranian foe.

Far worse still has been the potential game-changer deal struck between Iran and China. This will undercut any sanctions against Iran, and will strengthen both these enemies of the free world in their aim of disempowering America and bringing the West to its knees.

Biden should have responded by telling China it must choose between trading with either Iran or the United States. But instead, his administration is adopting its customarily dishonest strategy of striking tough poses against rogue states while taking no significant action against them.

The implications for the West of the Iran-China deal are obviously terrifying. But they are also causing some observers to wonder whether we are about to witness a shift in global power from America to Israel.

On the face of it, this is absurd. One might assume that tiny, beleaguered Israel couldn’t possibly take over the role of mighty America in leading the free world. However, once you look at the broader picture it’s not so far-fetched.

Israel is now a military superpower. It has the world’s most technologically advanced military and is one of its top weapons exporters. Its legendary military and security derring-do derives from its culture of risk-taking, creativity and thinking out of the box—characteristics shared by no other country.

Moreover, it’s appeared for some time that, that given the lemming-like cultural tendencies of the West, Israel may become the “last man standing” in upholding and defending western values.

American society is fracturing and may already be beyond repair. The Democrats and the rest of the liberal elite are remorselessly pumping out the message with which countless children and students are being indoctrinated—that white people are racist, that America was born in sin, and that it is fundamentally so evil it must be transformed altogether.

Ranged against those who think like this are millions of other Americans who perceive that their country and culture are being destroyed, and whose anger as a result is at boiling point. The likely outcome is deepening divisions, increasing violence and—if the state of California is any guide to Democratic rule—dogmatic intolerance, public squalor and rank administrative incompetence.

Western Europe is in no better condition, with countries steadily surrendering to Islamist intimidation and cultural encroachment. The European Union’s vaccine debacle illustrates its defining combination of dictatorial tendencies, centralizing paralysis and uselessness in defending the fundamental interests of the people.

Appeasement is a symptom of profound cultural demoralization, caused by a loss of national self-belief and faith in the future. That process has been going on in the West ever since the Holocaust delivered the devastating message that there was something rotten at the very heart of Western high culture.

The most important proof of this demoralization is the birthrate in America and Europe, which is either below or barely the rate at which the indigenous population can reproduce itself. In other words, the West is literally dying out.

By contrast, Israel is emerging from the pandemic at a world-beating rate—its economy strong and resilient, and crucially, its birthrate healthy and high.

This is because Israel actually believes in itself. Sure, it has a ludicrously dysfunctional political culture, currently illustrated once again by its post-election gridlock and absence of a functioning government. It is also disfigured by deep social divisions between secular and religious communities, and subversive elements who regard the very idea of a Jewish state as anathema.

But the vast majority of Israel’s public understands that its core value is the preservation of life and liberty and doing good in the world. It is a society built on redemption and hope, and in dramatic contrast to the death-spiral gripping America and Europe, it is relentlessly focused on its survival.

The Arab world has come to understand that all this is of priceless value—not just for Israel but for itself, too. It sees that Israel actually takes out its enemies. It is increasingly realizing that the country most likely to defend Arab interests against Iran is not America but Israel, the Arabs’ new and unlikely ally.

As America falters and Western societies break apart, might this become Israel’s century? 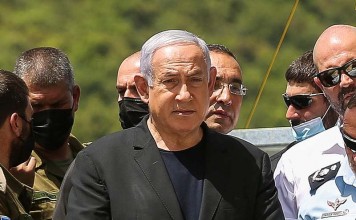