When Prime Minister Yair Lapid announced that Turkey and Israel were going to exchange ambassadors and restore full diplomatic ties, he said that this would be a great economic boon for Israelis. This is probably the prism through which Turkish President Recept Tayyip Erdogan sees this new relationship between Ankara and Jerusalem. But if there is a hidden understanding that Israel would now reroute the planned gas pipeline to Europe so that it would pass through Turkish-controlled territory or water, then major scrutiny is in order.

Former National Security Council head Major-General (res.) Yaakov Amidror wrote in a recent analysis published by the Jerusalem Institute for Strategy and Security that giving in to requests to build the pipeline through Turkey would be a mistake.

“Israel has enough reasons not to make such a mistake, including not trusting Erdogan and his followers, which share ideological similarities to the Muslim Brothers,” he wrote.

Turkey has been a problem for two of Israel’s friends: Greece and Cyprus. Israel needs to bolster its relations with those two countries and help them fend off Turkish threats. Turkey has tried to drive a wedge between Israel and Europe by drawing a line through the sea all the way to Libya. Cyprus considers the gas exploration efforts undertaken by Turkey in those areas as a threat to its national security, with the economic waters in the Meditteranean Sea becoming front and center.

Of course, the newly restored ties – the culmination of high-profile visits on both sides (including President Isaac Herzog’s visit to Ankara) – should help create better coordination between the two regional powers.

The rapprochement was evidently clear several months ago when it had become apparent that Iran was plotting a series of attacks on Israelis in Turkey. The covert cooperation between Israel and Turkey countered the Iranian effort to foment divisions between the two countries.

But it turns out that the relationships in this region go along axes that don’t cross. The Iranian aggression on Turkish soil has not stopped Erdogan from scurrying to Tehran several weeks ago to meet his Iranian and Russian counterparts. Likewise, when Erdogan hosted Herzog in Ankara several months ago, the Turkish leader’s grimacing was a stark contrast to the pomp and circumstance and the warm embrace from Herzog.

Some explained that this was classic Erdogan – he has had a tough life and he rarely smiles.

By bolstering ties with Israel, Erdogan’s economic situation may improve, while at the same time he could also exert his influence on Hamas, for example. It’s doubtful he would be able to help Israel resolve the ongoing spat with Lebanon over the maritime gas fields.

Regardless, the fact that this new diplomatic breakthrough happened just after Operation Breaking Dawn in Gaza is an encouraging sign that bodes well for the future. Erdogan has apparently changed after all.

{Written by Amnon Lord and reposted from the IsraelHayom site} 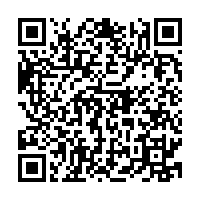