Israel did the right thing by allowing the Jerusalem Day flag march to proceed as usual. Insisting that it go ahead neutralized much of the event’s potential for volatility – the moment it was clear that Israel was determined and did not intend to blink or veer from its path due to terrorist threats or diplomatic pressure, they both lost much of their power.

As expected, no terrorist organization fired rockets from either the Gaza Strip or Lebanon, not when the march began and not when it ended. Judea and Samaria did not go up in flames, and even east Jerusalem saw only minor incidents. Anyone with the slightest familiarity with events thought this was how it would be – that unless things were out of control, mainly if there were (heaven forbid) anyone killed on the Temple Mount – the march would be held and would end safely.

Israel put considerable effort into ensuring this would be the case. Political leverage, in a number of forms, was used with the Palestinians in Judea, Samaria, and Gaza. Anyone who was able to mediate between the two sides – the Americans, Egyptians, Qataris, Jordanians, and UN representatives – did, while also warning that Israel would responding to any attack. That helped calmed things down, particularly when the Israeli message was clear: the march would be held, but had no intention of changing the status quo in Jerusalem.

Alongside the political effort, several steps were taken to bring Israel to maximum readiness going into the event. The Israel Police should be applauded for how it handled the complicated and volatile march. Their preparations began early Sunday morning on the Temple Mount, when a relatively large number of Jewish visitors arrived and continued throughout the march itself, which included tens of thousands of participants and more than a few localized clashes that needed to be handled delicately to keep the situation from snowballing.

The police proved that they had learned their lesson from similar events in the past few years and opted for a judicious use of force as well as advanced planning. Their cooperation with the Shin Bet security agency was also optimal, especially when it came to the preemptive detentions of potential rioters. It is regretful that ahead of similar events, the police don’t take the same action against radical right-wing elements, some of whom insisted on targeting Sunday’s celebration. Their intentional provocations could have would up torpedoing attempts to get through the event peacefully.

Even the songs that a small group of those extremists sang were chilling. Jerusalem deserves better lyrics than “May your villages be burned” or “Muhammad is dead.” On Sunday, the city marked its reunification, but their voices underscored the division and the rifts between its western and eastern sides. The crowds that didn’t take part in it and everyone who lives in the city deserves better – if it isn’t handled now, these fringes will go into the next march turbo-charged.

But the main lesson of Sunday’s flag march is that Israel must not be ashamed to implement its sovereignty anywhere in the country. Forgoing that is much more dangerous, because it projects weakness.

So Israel must insist on doing that in the future, as well, even in the face of threats and actual terrorism. It must do so wisely, while looking for what connects us and avoiding needless face-offs, and most of all, remembering that there will always be a “day after,” when both sides will need to live with each other, in Jerusalem and outside of it. 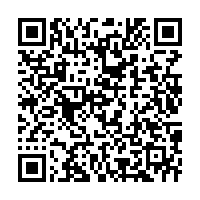