It’s the Jewish controversy that just won’t go away. Nor should it.

Fully six months after Jewish leaders first began trooping off to Qatar, the op-ed columns of American Jewish and Israeli publications are still filled with lively commentaries on the affair.

And well they should be. Because this sordid episode has laid bare patterns of behavior among some Jewish leaders that need changing.

* There needs to be accountability. The members of these Jewish organizations should have been allowed to vote on whether their leaders should hobnob with an emir who finances Hamas.

* There needs to be transparency. Who went? How many times? Who paid their expenses? Do any of the visitors have business interests in the Gulf?

* There needs to be an open and honest discussion. The Jewish officials who went to Qatar need to stop responding to their critics with such extreme defensiveness. Cut out the name-calling and mud-slinging and threats of lawsuits. Discuss the issues calmly and seriously.

And please stop telling us the Israeli government secretly approved of the visits.

Have you ever noticed how people who want to defend indefensible behavior always seem to claim that unnamed “Israeli officials” secretly authorized their actions? Sorry, friends, blaming Israel is not going to get you off the hook.

Way back in November, Israel’s ambassador to the United States, Ron Dermer, told Forbes magazine that Israel did not approve of Jewish leaders going to Qatar.

Subsequently, a spokesperson for the Israeli embassy in Washington told Haaretz “that anyone who says [the Jewish embrace of Qatar] has won the blessing of the ambassador is not telling the truth.”

Then The New York Times reported: “The parade to Doha grew so large that Itai Bar Dov, a spokesman for the Israeli Embassy in Washington, issued a scolding. ‘We do not approve of these visits by the Jewish organizations to Qatar,’ Mr. Dov said.”

If that’s not enough, consider what two other prominent Israeli officials have said in recent days.

Acting Foreign Minister Tzipi Hotovely said that the spectacle of “self-appointed members of the Jewish community running to Qatar is an exercise of pure ego.”

According to Hotovely, “They never checked with anyone in the Israeli government. Qatar is responsible for the funding of Hamas and other terrorist groups that target us and our children. We are baffled by this development.”

Major-General (res.) Yaakov Amidror, who formerly served as Israel’s national security adviser, likewise takes a dim view of the Qatar pilgrimages. “I think it is a huge mistake for American Jewish leaders to go over to Qatar,” Amidror has said. “They are using these Jews, and their tremendous egos, to gain international legitimacy. What chutzpah for them to think that they have the power to change [Qatar’s] deeply entrenched views.”

Amidror, who has also served as head of the Israeli Military Intelligence research department, said that Jewish officials should have insisted, as a prior condition to visiting Qatar, “that Qatar stops its financial and material support for Hamas and other terrorist groups” and “Al Jazeera’s anti-Semitic and anti-Israel views be totally changed…. Otherwise, Qatar is just using these Jews and their tremendous egos as a cover to gain international legitimacy.”

Six months have passed since the American Jewish leaders’ romance with Qatar began. Qatar is still financing the mass murderers of Hamas. Senior Hamas fugitives are still being sheltered in Qatar. The Qatar-sponsored media outlet Al Jazeera is still filling the airwaves with anti-Israel and anti-Semitic propaganda.

And so the controversy will continue, until the Jews who allowed themselves to be used by Qatar publicly acknowledge that they were wrong, and apologize to the members of their organizations and to the entire Jewish community. 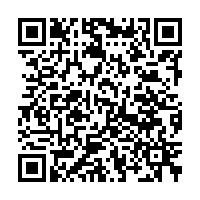