With regard to the possible application of Israeli sovereignty to parts of the West Bank, certain long-term aspects are clear. It would be a partial culmination of both longstanding Zionist aspirations to control the ancient heartland of the Jewish people and the strategic necessity of creating defensible borders for Israel. The early Zionists made do with areas that could be purchased and settled and were diffident about pushing to control areas such as Shechem, Hebron, and the central highlands, despite their ancient Jewish significance. But while practical-minded and often areligious, they acknowledged the importance of those regions for the Jewish people and the long-term Zionist project.

So it is as well with the question of defensible borders. The Allon Plan, which emerged immediately after the 1967 War, envisioned Israeli control of the Jordan Valley. The construction of communities around Jerusalem was designed with the goals of creating a permanent Jewish majority within a defensible configuration of the city. The creation of Ariel and other settlement blocs was intended to create strategic depth and defend existing population centers.

The matter of applying sovereignty to some areas has long vexed Israeli leaders, who have to contend with the settlement movement and the right as well as with the Palestinians and the international community. The wisdom of successive Labor and Likud governments allowing or sponsoring Jewish neighborhoods in areas both close to Jewish communities and right in the midst of Arab populations can be questioned from the standpoint of domestic and international politics. Minorities created strategic realities with which governments then had to contend. As a voting and demographic bloc, the settlement movement exerts significant pressure, and it is doing so on behalf of the application of sovereignty.

These long-term pressures aside, the short-term reality is that the Trump administration has shown itself to be uniquely favorable to Israel. No American administration has ever been willing to support Israel diplomatically with the same determination and affection. The US under Trump has consistently fallen in with pro-Israel positions, from moving the US Embassy to Jerusalem to defunding UNRWA to the “Deal of the Century” plan to adopting the Israeli position that Palestinian intransigence has not only been the key obstacle to peace but one that should no longer be rewarded.

Through signals from US Ambassador David Friedman and Secretary of State Mike Pompeo, the US has made plain that in its view, sovereignty is an Israeli domestic decision. This position contrasts sharply with statements from Western European governments to whom the move is anathema. Joining in condemnation are US Democrats, including members of the former Obama administration like former NSA Susan Rice. These warnings also forecast the likely policies of a possible Biden administration, which would essentially be a third Obama administration augmented by the far left and Muslim wings of the newly progressive Democratic Party.

These objections suggest a hitherto overlooked aspect of Israeli decision-making. The application of sovereignty would not simply represent an Israeli desire to change the status quo before the US elections in November. To some degree, it would also constitute a response by PM Benjamin Netanyahu to his treatment at the hands of the Obama administration. Obama may thus turn out to be an unintended godfather of the application of Israeli sovereignty to parts of the West Bank.

The Obama administration’s treatment of Israel is well documented, from repeated condemnations of “settlement building” no matter how minor or theoretical, to constant derision of Israeli leaders as liars and “chickenshits,” to the covert last-ditch effort to orchestrate the UN into condemning all Israeli activities across the Green Line as “settlements” in Resolution 2334, and above all, to the JCPOA agreement with Iran.

Israeli concerns and concessions were dismissed and derided by Obama at every turn. Supporters of Israel, including members of the US Congress, were illegally spied upon, and the Washington echo chamber was arrayed against them. The US Jewish community was deliberately split by organizations constructed by allies of the administration precisely for the purpose of neutering American Jewish unity on Israel. Even the much vaunted massive military aid packages to Israel were in part efforts to subvert Israeli military industries and exports.

These were only some of the activities of the Obama administration, which included illegally spying on journalists and conspiring with the Clinton campaign to launch an investigation of the Trump administration on fraudulent premises, with the object of depriving it of legitimacy and the ability to conduct foreign and domestic policy unimpeded.

But a unique antipathy toward Israel as the impediment to a massive realignment of US relations with the Arab and Muslim worlds, above all Iran, made it a target for the Obama administration. For Obama, at a policy and apparently personal level, peace could be achieved throughout the Middle East only if the Arab-Israeli conflict were resolved, which meant ending the “occupation” and the “settlements.” These parameters were made explicit in Obama’s May 2011 speech: peace would be based explicitly on the 1967 “borders.” A status quo that was beneficial to Israel and tolerable to the Palestinians was the Obama administration’s target, but pressure on the settlement issue served only to push the Palestinians away from negotiations and toward internationalizing the conflict.

It can be argued that the relentlessness of Obama’s scorn for Israel was traumatic for Netanyahu and his officials. Trauma is a relative term, but the Obama administration’s antipathy was glaringly obvious even to casual observers. How much more obvious was it to Israeli officials? This may well have raised the sovereignty issue to a higher priority in the minds of decision makers wishing to consolidate strategic advantages and make future concessions demanded by the US less possible.

Netanyahu’s reactions to Obama’s efforts against him and against Israel can be inferred by taking his many statements and supplementing them with information on his specific policy decisions. This was a clash between two oversized egos, each suffused with a sense of historic mission that placed them in direct opposition in critical respects. There was no love lost between them.

Like so many of the Obama administration’s efforts, its policies backfired. Believing they were smarter than everyone else, certain that they were forever on the “right side of history,” and convinced that their opponents were not merely wrong but stupid and immoral, Obama and the members of his former administration have had to watch his policies collapse or be undone by Trump.

The wisdom of Trump’s policies, and certainly the style with which they have been created and executed, deserves ample criticism, including in the Middle East. But the fact of the matter is that nothing remains of Obama’s efforts to bolster the Muslim Brotherhood, reach out to Iran, mollify Turkey, stay out of Syria, or depend on international institutions. Sovereignty may be another unintended Obama legacy, along with the wreckage of Libya.

Ever since Obama left office, Netanyahu has been hemmed in by ongoing corruption accusations, the inability to form a government despite three elections, the coronavirus pandemic, and contradictory signals from the Trump administration, which for its own reasons was slow to reveal its peace plan. With the US elections looming, Netanyahu may have played the sovereignty card clumsily and at almost the last possible minute. But in an irony of history, the Obama administration may have helped speed a slow-moving train toward its station. 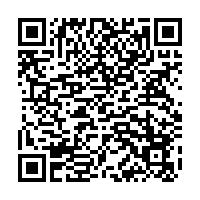