When Ephraim Halevy has something to say, people listen. And Halevy, former chief of the Mossad, does not believe Israelis should be involved in American politics. The Obama camp, apparently, thinks otherwise.

In an Obama ad running on YouTube and on television and radio, prominent Israeli heroes are seen and heard endorsing Barack Obama for president. According to the ad, the suggestion is that Obama is best for Israel and the region and that a vote for John McCain is a vote for the continuation of George Bush’s “failed” Middle East doctrine.

The problem with the ad, say some of the Israelis, is that when they were interviewed, they were never told it was for a campaign ad and certainly not for an Obama ad.

The stretch-the-truth ritual is one that has been celebrated by candidates ever since the advent of political advertisements. This year, however, the candidates aren’t just stretching or bending the truth, they are twisting and turning it, sometimes to the point where it becomes fabrication.

The former head of the Mossad actually likes Obama. “I think that Obama is a breath of fresh air,” he said during the interview. But he is not about to let the Obama campaign twist either his words or his implication. Halevy is livid. To quote him directly: “I told them I thought it was inappropriate for an Israeli to express an opinion on who should be president of the U.S.…. I think it was an improper use of the interview with me and I will demand that they correct it….”

The ad was big news in Israel. In a piece that ran in the largest Hebrew daily newspaper, Yediot Aharonot, and on YNET, the paper’s popular website, Halevy denied ever having expressly supported Obama: “I said he’s a fresh, interesting personality and so forth, but I also said positive things about McCain.”

The group behind the ad, the Jewish Council for Education and Research, is also responsible for two other Jewish voting initiatives for Obama; it’s the sponsor of Jewsvote.com and The Great Schlep.

Jews Vote is a program that tries to register as many Democratic voters as possible. The Great Schlep has gained fame and notoriety for developing the Sarah Silverman ad, a campaign directed at younger Jewish voters urging them to schlep to Florida in order to convince their bubbes (and I presume their zaydes as well) to vote for Barack Obama. Silverman, a comedian, is so impassioned in her plea that she says “if Obama loses this election I’m going to blame the Jews.”

JCER co-executive director Mik Moore disputes the claims made by the outraged Israeli heroes. Moore has been quoted as saying he made clear what he was doing, but that seems very unlikely. He also asserted that he is not involved in the Obama campaign and that his organization and their programs are all about education.

Moore may not be an official Obama campaign staffer, but the ads he has produced and broadcast are for one purpose only: to make Barack Obama the next president of the United States. When one views the Sarah Silverman and Israeli hero ads, there is and can be only one direction of thought: Obama. And certainly those who contributed funds to make the ads were donating money on behalf of a cause: Obama.

Had the Israelis featured in the ad checked out the JCER website they would have immediately discerned that the group endorses Obama. There is a section on the site clearly explaining the organization’s point of view. But that is neither an excuse for misrepresentation nor an educational message.

General Uzi Dayan, a nephew of Moshe Dayan, is another Israeli who was featured in the ad. He is not buying Moore’s take. In the ad Dayan says, “I would say that an American president, in my personal opinion, needs actually to be engaged with Iran …. you can’t not talk to the Iranians and then one day attack them…. I’m not saying give in to them, because ultimately, you need to stop Iran from reaching nuclear capability.” 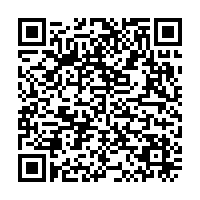