Outgoing Israeli Prime Minister Naftali Bennett’s government has collapsed and Israel is set to hold its fifth election since 2019. After a year with a government dependent on an anti-Zionist party, recent polls show that the next coalition is likely to be a right-wing one led by Benjamin Netanyahu.

The Israeli right has promised that their first order of business after elections will be to reform Israel’s Supreme Court. Here’s why reform is so necessary:


Israel’s Supreme Court is by far the most powerful among the Western democracies. Only in Israel do Supreme Court justices elect their own successors. The selection committee consists of three justices, two representatives of the Israel Bar Association and four members of Knesset. A seven-vote majority is needed for an appointment, which makes committee selection impossible without the agreement of at least one Supreme Court justice. This means that the same small group of justices decides year after year and decade after decade who will make Israeli law.

As you might imagine, Supreme Court justices elect other justices who share their agenda. Those qualified individuals whose opinions differ have no chance of serving on the Court. Aharon Barak, a former chief justice, summarized it perfectly: “The Supreme Court is family. You can’t bring someone in from outside the family.” This undemocratic method of selecting justices has resulted in a Court that maintains a left-wing agenda at all costs.

Israelis often say, “Why go vote if the Supreme Court runs the show anyway?” This is because the Court has the power to overturn any decision made by the Knesset, and thus wields power over all aspects of Israeli society. For example, the Court overruled a Knesset decision on the location of Israel’s borders in Judea and Samaria, effectively giving vast amounts of Israeli land to the Palestinian Authority.

It also has the final say on who enters the country. When the Knesset passed a law to ban leaders of the anti-Israel Boycott, Divestment and Sanctions movement from entering Israel, the Supreme Court reversed the decision, allowing them to enter freely.

The Court also dictates Israel’s ability to defend itself. In the early 2000s, during the second intifada, Palestinians were murdering Israelis on a daily basis. The IDF asked the government to allow it to seal off—with hefty compensation—buildings belonging to Palestinian terrorists in Gaza. These particular buildings overlooked main Israeli roads and served as a convenient place for snipers.

The Knesset approved the IDF’s request, but the Supreme Court overruled the decision. Not long after, a pregnant Israeli mother named Tali Chatoel and her four daughters were murdered in their car by Palestinians sniping from those very buildings.

Of course, an independent Supreme Court is necessary for a democracy to thrive. But in Israel, the Court has been abusing its power to the point that another core democratic value—electing officials to represent the will of the people—has become obsolete.

A new Israeli government must reform the Supreme Court while maintaining a system of checks and balances. In particular, any reform must include a change in the process of selecting justices. New justices should be nominated and approved by the Israeli parliament and not by fellow justices who are politically like-minded or handing out favors.

The Knesset must also pass a law that will prevent the justice system and other non-elected officials from intervening in government decisions on a national level. Policy on security, sovereignty in Judea and Samaria, open-fire policy, measures of deterrence against terrorists and economics should be determined only by the elected government.

The Supreme Court should be able to issue non-binding recommendations or critiques that will be presented to the government and the public. In addition, to ensure a system of separation of powers, it should maintain its authority to defend the individual rights of Israeli citizens, such as freedom of speech, freedom of the press, equal rights and personal liberty.

Only when both the legislative and judicial systems are balanced can there be true democracy. And only real reform of the Supreme Court can ensure that the true will of the people is expressed.

(Kobi Erez is Executive Director of the Zionist Organization of America) 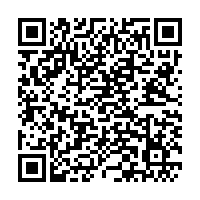