In a ruling that The Jerusalem Post declared “one of its most important decisions of the era,”, Israel’s High Court of Justice today ruled that Israel’s Finance Minister can “impose fines and withhold funding from Israeli NGOs calling for boycotts of businesses in all or parts of Israel and the power to file lawsuits against those NGOs.” This is a major NO to extremist organizations including The New Israel Fund.

Petitioners in court today who sought permission of boycotts of Israel were New Israel Fund (NIF) sponsored organizations, including Gush Shalom, Adalah – the Legal Center for Arab Minority Rights in Israel, and the Association for Civil Rights in Israel (ACRI).


Media in Israel noted that “the Knesset and the state painted a dramatic picture of a dark shadow of a wave of BDS attacks on the state as evidence that Israel is under fire and needs the Anti-Boycott Law and similar measures for self-defense.” The courts ruled that the speech is not protected speech – akin to shouting “fire in a crowded theatre”.

Rightfully, Justice Hanan Meltzer described boycotts as “political terrorism,” clarifying that the State of Israel has a right to defend itself from them.This is clearly a resounding NO from the State of Israel for the New Israel Fund – and these organizations which they fund.

One wonders how the NIF can claim they do not support BDS when they go to Israel’s Supreme Court – with American Jewish donor money – and try and cancel the law forbidding boycotts of the State of Israel.

The NIF’s Web site and annual report proclaim that NIF will “not exclude support for organizations that discourage the purchase of goods or use of services from [West Bank] settlements.” The Scarlett Johansson-Soda­Stream debacle centered on this exact issue – and the Jewish world at the time applauded Johansson for supporting Israel.

Israel’s Prime Minister Benjamin Netanyahu said at the time, “Everyone should know what the letters B-D-S really stand for: bigotry, dishonesty, and shame. And those who oppose BDS, like Scarlett Johansson, they should be applauded.”

Birthright Israel has banned The New Israel Fund from partnering with them. And while today’s court ruling is gratifying, NIF continues to enjoy support from Alisa Doctoroff of the UJA-Federation, The Jewish Communal Fund and the organizers of the Israel Day Parade. Shame on them.

Those who support the New Israel Fund stand against the Jewish people. 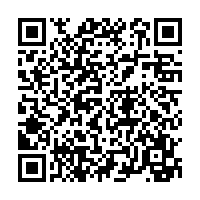