According to media sources, [Israeli] Defense Minister Benny Gantz told the Munich Security Conference on Sunday that “as someone who is familiar with wars, I know that the winner also loses.”

To many in the largely Western audience, there will probably have been much approval for this sentiment. The idea that wars, even when in self-defense, are invariably bad, is an increasingly compelling message among liberals and progressives, most of whom have not faced a war or worried about the devastation a belligerent enemy can wreak if left to their own devices.

An extreme example of this was when the ice-cream makers Ben & Jerry’s, who decided making frozen delights and attacking Israel is not enough for their virtue-signaling, tweeted recently: “You cannot simultaneously prevent and prepare for war.”

This is exactly what many nations on earth are doing on a continuous basis.

For many nations, including the State of Israel, we have to simultaneously try and prevent and prepare for war every single day.

The major challenge to these naïve sentiments is that on many occasions, war is necessary and can actually prevent an even greater catastrophe.

The Second World War is an obvious example. If this mentality had spread in the 1930s and 1940s, all of Europe would be speaking German and more millions of Jews and others would have been massacred.

The U.S., the UK and the USSR were simultaneously preparing and trying to prevent war. That is how they succeeded in stopping the Nazi war machine.

Furthermore, even though the Allies witnessed heavy casualties and losses, they still won.

That is the bottom line.

The alternative of defeat with minimal losses is unthinkable. Unless it is a bloodless war, all sides in a war, conflict and battle will face losses.

Claiming otherwise demoralizes ourselves and merely motivates and encourages the other side.

In almost all cases, the enemy we face today is an autocratic or fanatic leadership that cares little for their soldiers and their lives. An example was during the Iran-Iraq war, when reports claimed that young inexperienced Iranian volunteers were sent to the front or onto minefields with little more than golden-colored plastic keys to paradise. The Ayatollahs who sent them knew many would die, but to achieve their war aims, they were prepared to use their own people as cannon fodder.

Of course, in Israel we should not see our soldiers in this context, and every man and woman in the IDF is dear to us, and we should provide them with all the necessary training and equipment to complete the mission that the state sends them on unharmed.

Nevertheless, that is very far from not entering into a defensive war against those that seek our destruction because we might face casualties.

Unfortunately, we are witnessing this mentality play itself out during our operations against Hamas and other Palestinian terrorist organizations.

We are so loathe to hit the enemy hard enough to break its will to continue fighting and cause it to surrender that we run with indecent haste to the negotiating table pushing for a ceasefire, and take minimal and insufficient military steps towards the defeat of our genocidal enemies.

The result is they continue to believe that although we are by far technologically and militarily superior, we do not have the stomach for a fight. They believe that we have internalized the Western paradigm that war is always the last option with as few casualties as possible, leaving the enemy proudly standing to fight another day.

If Israel goes into a war against its enemies with the mentality that we lose even when we win, then we will never truly be victorious. Every tactic will just be seen through the prism of how much or little we can lose.

Instead, Israel needs to return to a victory mentality. The mentality that led us to victories in the War of Independence and the Six Day War. There were unbearable casualties in these wars, but they were stunning victories, and our soldiers fought gallantly, overturning strong odds.

Our leaders knew that there would be losses, but they could not be overly distracted by them if they were going to win. Victory ensured there were not even greater losses, far more bloodshed.

Victory and loss can not be compared. Our historic victories are what kept the Jewish nation intact and strong. If we would have been defeated one time, our presence here would be tenuous, and our enemies would be constantly circling, waiting for the moment to deliver the final blow.

Victory is what has held them at bay.

The victorious gains a vanquished enemy, deterrence, and safety and security for its people.

For Israel, victory gives us a future.

(Yair Ansbacher is a writer for the Israel Victory Project, a military researcher specializing in special forces research, and a senior research fellow at the Kohelet Policy Forum) 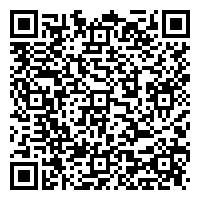