At the start of July, media reports surfaced regarding an alleged widespread wave of Israeli strikes on Iranian axis targets across Syria. The reports serve as a reminder of the ongoing shadow war that is raging between Jerusalem and Tehran, and bring into the spotlight Israel’s long-term strategic objective.

The strikes allegedly hit Iranian and Hezbollah weapons sites. They included development, storage, and transfer facilities, some of which appear to have been embedded in Syrian regime military bases. Targets around Damascus, Homs, and western Syria were all reportedly hit, resulting in a number of casualties.

Using advanced intelligence coupled with precision firepower, the Israeli defense establishment has prioritized the objective of disrupting the construction of an Iranian war machine in Syria. Israel has also acted on many occasions to prevent Iran from using Syria as a transit and production zone for advanced weapons, such as guided missiles, for the benefit of Hezbollah in Lebanon.

According to reports, Israel’s War Between Wars campaign has also included strikes against Iranian efforts to build a land corridor linking Iraq to Syria for the purpose of transferring weapons and Iranian-backed militias.

The reports of alleged Israeli strikes represent the tip of a very large iceberg. For every reported preventive action by Israel, it can be assumed that there are many more that go unreported and remain unknown to the general public.

Israel is determined not to allow Iran to build offensive drone bases, missile factories, and proxy terror networks with which to threaten its citizens, and the Israel Air Force operates at a high tempo around the clock to monitor and disrupt emerging threats.

Israel’s overall strategic objective in these strikes was spelled out by Mossad Director Yossi Cohen hours after the alleged July 1 attack, when he stated at the Herzliya Conference, “I believe that Iran will reach the conclusion that it is just not worth it.”

This statement reflects the wider Israeli goal, which is not limited to just physically stopping Iran’s force build-up in Syria. Rather, Israel’s goal is getting Supreme Leader Khamenei, the Islamic Revolutionary Guard Corps (IRGC) and its Quds Force to reach the conclusion that they will not be able to slip offensive capabilities into Syria without Israel’s noticing and taking action where it feels it is necessary.

Hundreds of Israeli strikes in recent years were designed to push Iran into changing its course and scaling back its Syria project. It is hoped that the net result of the strikes will be that Iran is forced to perform a cost-benefit analysis and conclude that its investments in Syria are going to waste.

Iran’s response so far has been to play cat-and-mouse with Israel: It temporarily tones down its activities before turning the volume back up and shifting the focus of its force build-up activities away from southern Syria, near the Israeli border and Damascus, and toward the deep central Syrian desert.

Cohen confirmed this in his speech, saying that Mossad has witnessed the Iranians and Hezbollah building bases further north in Syria.

This likely includes Iranian attempts to use the T4 airbase in central Syria as an alternative to Damascus’s international airport for smuggling and storing advanced weapons before distributing them onward to Syria and Lebanon.

“They mistakenly think it will be harder to reach,” Cohen said during his speech.

In recent weeks, Israel has attempted to complement its military steps with added diplomatic pressure on Iran to roll back its activities in Syria. This came in the form of a significant trilateral meeting, held in Jerusalem on June 24, which saw national security advisers from Russia, the US, and Israel meet to discuss Syria.

The results of this effort remain unclear. Publicly, at least, Russian national security advisor Nikolai Patrushev indicated that Moscow is in no hurry to disband its alliance with Iran in Syria, which has seen the two countries coordinate air and ground operations to secure the brutal regime of Bashar Assad.

“Iran has been and will be an ally and partner of ours, with which we have [been] gradually developing ties for quite some time, both bilaterally and multilaterally,” Patrushev said during the conference. “Any attempts to make Tehran look like the main threat to global security, to put it in the same basket as ISIS or any other terror group, are unacceptable. Iran has been contributing a lot to the fight against terrorism in Syria, helping to stabilize the situation. We call upon our partners to exercise restraint and to take efforts to alleviate the concerns and tensions. Efforts should be made to decrease tensions between Israel and Iran.”

Moscow’s public stance appears to suggest that while Russia is open to pressuring Iran to stay away from the Israeli border, it either cannot or will not act to oust the Iranians and their proxies from Syria. Iran’s presence is still needed to stabilize the Assad regime, and the Iranians still have a strategic role to play in Russia’s long-term Syrian project, despite the clear fractures and tensions that are emerging between Moscow and Tehran due to a divergence of interests in Syria.

Iran, for its part, is working to counteract Israel’s attempts to recruit Russia against the Iranian axis. In recent days, a member of the Iranian Majlis National Security and Foreign Policy Committee stated that despite Russian-Israeli ties, Tehran has been able to maximize the utility of the “Russian card” in its activities in Syria, according to a report by the Meir Amit Intelligence and Terrorism Information Center.

Israeli-Iranian competition over Russian influence looks set to continue, placing Moscow in the position of arbitrator in Syria – which suits Russia’s objective of returning to great power status in the Middle East.

Iran’s overall response, therefore, has been to try and weather the Israeli strikes and be flexible in its approach to building up a force in Syria, without abandoning its ambition of turning the country into an extension of the Hezbollah-Lebanese front against Israel.

In the face of increasing American economic sanctions pressure, Iran could seek to activate proxies or assets in Syria to target Israel. Iran appears to have already tried such a provocation on June 1, when two rockets were fired at Mount Hermon from Syria. The Israeli retaliation targeted Assad regime artillery guns, an air defense battery, and observation posts.

According to the Syrian Observatory for Human Rights, the attack left three Syrian soldiers and seven “foreign fighters” – Iranian and Hezbollah personnel – dead.

The Israeli-Iranian struggle in Syria looks set to continue. Both sides seek to recruit Russia against the other.

Crucially, Israel has shown its determination to activate military force to keep Iran in check in Syria. This determination was expressed by PM Netanyahu on July 14 during a visit to the IDF National Defense College. “At the moment, the only military in the world that is fighting Iran is the Israeli military,” he said. 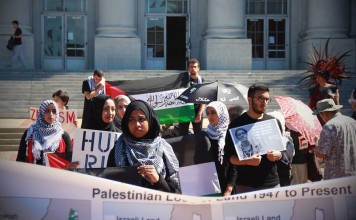 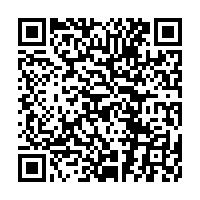