While I have great appreciation for the IDF’s willingness to get to the bottom of the killing of journalist Shirin Abu Akleh during the clashes near Jenin, there is no escaping the fact that the military’s inquiry has dealt a blow to Israel’s credibility.

The obvious question that needs to be asked is why it took so long to investigate something that took place in May.  A day after the event, then Prime Minister Naftali Bennett lambasted Palestinian President Mahmoud Abbas for his unfounded accusations against Israel. “There is a very likely possibility that the journalist was hit from bullets fired by armed Palestinians,” Bennett said from the Knesset podium.

Just a day later, the IDF said it regretted the death of the journalist and that freedom of the press is paramount. But the after-action review of the incident was hastily drawn to the direction that would put the blame on the Palestinians: that indiscriminate intense fire by Palestinians is what ultimately led to Abu Akleh’s death. But it also transpired that there was an IDF soldier who fired from a vehicle in the direction of the journalist.

Now, four months later, the IDF concedes that there is a high likelihood that Abu Akleh was actually killed by that soldier who fired. The initial reactions in Israel and from Bennett downwards were fired from the hip. Israel was right not to take responsibility right after the incident. This is a lesson from the Muhammad al-Durrah incident in 2000. Back then, Prime Minister Ehud Barak initially took responsibility along with the IDF top brass for the death of the child, only to be proved otherwise by the investigation. But just because we didn’t want to make the same mistake this time by prematurely taking responsibility, doesn’t mean the investigation should have resulted in the highest echelons coming out with falsehoods.

This is a big problem for Israel and the IDF, and adds more scrutiny to Israel’s national security agencies, which are always under the watchful eyes of skeptics. In fact, the entire case has been mishandled.

Rather than pushing back against the US pressure to investigate the incident just because she is a journalist, Israel buckled under the pressure. The US has had Israel as the culprit all along in this case, and the only thing that was left to us to do was to see if we would engage in an exhaustive after-action review or not. Once a decision was made to investigate, there was no way back and the conclusions had to be made public. But what’s been omitted from the words of Bennett and now Prime Minister Yair Lapid is that Abu Akleh was a reporter who represented an outlet that does the bidding of Islamists. Israel has to protect journalists, but not by forsaking security for its citizens or soldiers.

During Operation Guardian of the Walls, Israel did not shy away from targeting housing blocks that included news agencies because Hamas terrorists were active there. By taking responsibility for the Abu Akleh incident, Israel will enter a massive moral deficit vis-a-vis the Americans, with terrible timing – just as Mossad chief David Barnea is about to embark on a mission to Washington to prevent a nuclear deal. 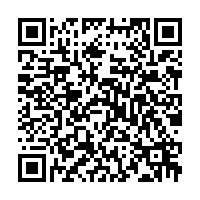