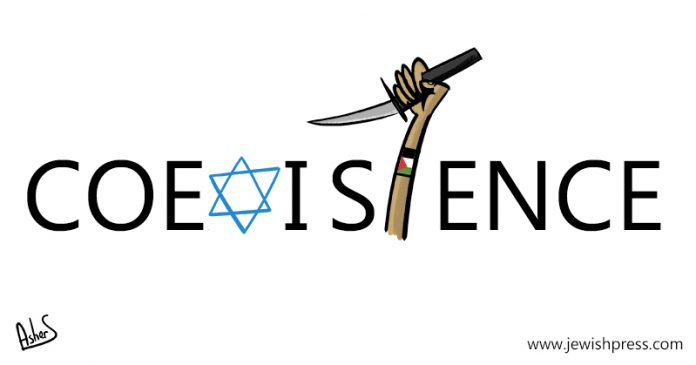 I was thinking about the libel comparing Israel to Afrikaner South Africa, and it occurred to me that the rebuttals, including mine, leave out a central argument. In South Africa, Afrikaners considered the country theirs—that blacks were inferior, and that they should rule over them. By contrast, Israelis acknowledge Palestinian claims to part of the land, do not consider them inferior and do not want to be their masters. It is actually the Palestinians who believe that the land belongs to them, that they are superior to Jews, and that they should control the lives of Jews.

To be more accurate, it is not all Palestinians, but Islamists such as Hamas and Palestine Islamic Jihad. This, not disputes about settlements or Jerusalem, is the root of the conflict that can be traced to the 1920s. If there is one person more responsible than any other for the last 100 years of fighting, it is the Mufti of Jerusalem who set the initial precedent for a holy war. The Mufti wanted to cleanse Islamic land of the Jews and incited Muslims against Jews by circulating rumors that the Jews were going to destroy the Al-Aqsa Mosque (the “Al-Aqsa is in danger” libel), provoking riots that led, for example, to the massacre of 67 Jews in Hebron.


While Muslims sometimes boast about how well Jews were treated in the Islamic world and even Jews talk about a mythical “Golden Age” in Spain, the truth is that Jews were treated at best as second-class citizens. Moreover, it is inconceivable to Islamists that any territory could belong to the Jewish people or that Jews could rule over Muslims.

Former diplomats and other pontificators who talk about peace between Israelis and Palestinians refuse to acknowledge the religious basis for the conflict. The Arabists continue to advocate policies they were unable to implement because diplomacy is ineffectual when dealing with radical Muslims, as we have seen (but diplomats also won’t admit) in our failed policy towards Iran.

The Islamization of the conflict is reflected by the willingness of Palestinians to strap explosives to their bodies and blow themselves up, along with Israeli men, women and children, in the belief that they are defending Islam, carrying out the will of Allah and will be rewarded for their actions in the afterlife. They are not interested in Israeli concessions, coexistence or even independence; they are devoted to the destruction of Israel.

The families of these “martyrs” are paid as part of the P.A.’s “pay-for-slay” incentive program. You don’t have to succeed to kill Jews, the effort alone guarantees a payday for those now in Israeli jails.

It is important to note that the religious underpinning of the conflict is reflected in the beliefs of not only Hamas and PIJ but the supposedly secular PLO. Addressing Muslims at a mosque in South Africa, Yasser Arafat said: “You have to come and to fight a jihad to liberate Jerusalem, your precious shrine.” In 1996, Arafat told a crowd in Bethlehem, “We know only one word: jihad, jihad, jihad.” Again in 2002, Arafat declared: “Yes, brothers, with our souls and blood we redeem you, O Palestine. … This is a sacred bond. We are up to this duty. Allah is great! Glory to Allah and his prophet. Jihad, jihad, jihad, jihad, jihad!”

Terrorists captured or killed by Israel are considered martyrs for Islam. The armed wing of Fatah is the Al-Aqsa Martyrs Brigades. Mahmoud Abbas is no Islamist, but his repetition of the Al-Aqsa is in danger libel echoes the Mufti a century ago.

For years, Palestinians would claim their goal was a “secular democratic state” in Palestine. This slogan was for Western consumption and so preposterous they rarely bother using it in their propaganda anymore. The idea of a democratic Palestinian state (Abbas is in the 17th year of his four-year term) is far-fetched; the notion of a secular one is beyond imagination. Drafts of a Palestinian constitution declare Islam to be the official religion of any future state.

Let me be clear. The war is not between Islam and Judaism or Islam and Israel. The proof is that Muslim nations have made peace with Israel. This is not a contradiction because those countries—Egypt, Jordan, Morocco, Bahrain, the United Arab Emirates—are the least fundamentalist and their leaders also fear Islamists. The most vocal opponents of peace with the Jews are the Muslim Brotherhood and Iran. Saudi Arabia may yet normalize ties with Israel as Mohammed bin Salman seeks to moderate and modernize the country, but the kingdom is dominated by the puritanical Wahhabi sect of Islam and Saudi-funded schools (including one in Virginia) have long taught, for example, that on the Day of Judgment, the trees will say, “Oh Muslim, Oh servant of God, here is a Jew hiding behind me. Come here and kill him.”

The conflict with the Palestinians cannot be resolved so long as their leaders are driven by a religious rather than a political agenda. You cannot reach compromises with people who believe that Allah has given them marching orders to reconstitute the Islamic empire and, ideally, expand it throughout the world. For them, Israel is a cancer in the Islamic body that must be excised. Israel can dismantle every settlement, withdraw to the 1949 armistice lines and declare Zionism dead, and it would not satisfy them.

In Bill Clinton’s 1992 presidential campaign, the catchphrase was, “It’s the economy, stupid.” The slogan was designed to keep Clinton’s eye on what his team believed was the most important factor in the election. Anyone interested in understanding the conflict between Israel and the Palestinians should adopt a similar mantra, “It’s the religion, stupid.”

{Reposted from the JNS} 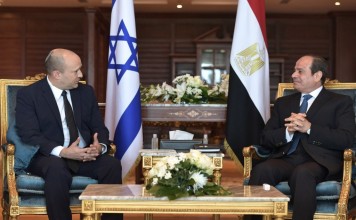 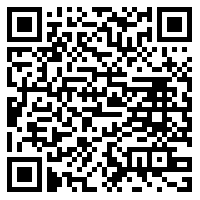