U.S. Representative Ilhan Omar appeared on CNN’s “State of the Union” Tuesday, and was asked by host Jake Tapper about her long record of virulently anti-Israel comments (which included her comparison earlier this month of Israel to Hamas) and why some of her Jewish congressional colleagues had called her out for again issuing anti-Semitic tropes.

As Omar has done so many times in the past, she blamed her critics rather than take responsibility. “I’ve welcomed any time my colleagues asked to have a conversation to learn from them [and] for them to learn from me,” said Omar, D-Minn. “I think it’s really important for these members to realize that they haven’t been partners in justice.”


I’m a Palestinian who grew up in a UNWRA refugee camp outside of Jerusalem, and been a human rights activist all my life. Let me say this as directly as I can: Rep. Omar does not know what she is talking about. Worse, for years, Rep. Omar has been engaged in not arguing any facts, but simply throwing out dirty anti-Semitic epithets, a mirror image of the anti-Semitism by “white supremacists” she claims to decry.

Politicians like Omar, Rashida Tlaib, and Alexandria Ocasio-Cortez spend a considerable amount of time attacking Israel for the supposed harm it inflicts on Palestinians. If they truly care about the wellbeing of Palestinians, they ought to focus their attention elsewhere. These days, the vast majority of suffering Palestinians experience is the direct result of the corruption of the Palestinian Authority and the influence of the terrorist group Hamas.

Corruption affects every aspect of life for Palestinians. It cripples our economy, which in turn makes government jobs among the most highly prized. However, those jobs are awarded based on connections rather than qualifications, which perpetuates the cycle of corruption. No announcements are posted for new government jobs. This lack of transparency is pervasive throughout the West Bank and Gaza.

The vaccine distribution process is one recent example of this corruption. A number of Palestinian human rights and civil society groups recently alleged that wealthy government officials were taking vaccines intended for medical workers. The Palestinian Health Ministry eventually admitted that many of the doses it received were administered to government ministers. Until this corruption is addressed, Palestinians will continue to suffer.

Hamas has been designated a terrorist group by Israel, the United States, the European Union, the United Kingdom, and many other countries. Hamas originated with the goal of destroying Israel and killing all the Jews. It continues on this mission today. Hamas also rules Gaza and has a tremendous following among West Bank residents, especially after instigating the recent bloody conflict with Israel and showing off its relative competence compared to the pathetically inept Palestinian Authority.

Hamas continues to recruit and use child soldiers. According to The Jerusalem Post, more than 30 Palestinian children and teens were enlisted in stabbing attacks against Israelis from 2015-2016, another 30 Palestinian children have been successfully used as suicide bombers (many more unsuccessfully attempted), and more than 17,000 Palestinian children were recruited into Hamas child militia programs in 2019. At least one of the children that authorities claimed had been killed during the recent war in Gaza was a Hamas member. The use of child soldiers is always abhorrent and unethical. Hamas will continue to make life worse for Palestinians as U.S. media and politicians continue to focus on criticizing Israel.

Calling for boycotts, sanctions, and the destruction of Israel does not create real positive change for Palestinians. There are some brave leaders, like Mansour Abbas, who are working for real positive change. Abbas is Palestinian Arab by culture and heritage and an Israeli by citizenship. He is a devout Muslim. He also recently joined the new Israeli government as a deputy minister and secured an impressive list of benefits for his constituents.

Abbas’s Ra’am Party is the first exclusively Arab political party to fully join an Israeli government. He has said he will work to negotiate large increases in government spending and improve social services in Arab communities. The coalition agreement already included the allocation of over 53 billion shekels ($16 billion) to combat violent crime and improve infrastructure in Arab towns. This is how you improve the lives of the Palestinian people – not through violence, corruption, and terrorism.

In this same spirit of willingness to come together, I invite Representatives Ilhan Omar, Rashida Tlaib, and Alexandria Ocasio-Cortez to meet with me, a Palestinian living in the West Bank, to discuss the problems of the Palestinians and the best solutions to address them. These congresswomen say they are willing to listen and learn, Well, if they really are, here’s their chance.

(Bassem Eid is a Jerusalem-based Palestinian political analyst, human rights pioneer and expert commentator on Arab and Palestinian affairs. He grew up in an UNRWA refugee camp. Follow him on Twitter @eid_bassem) 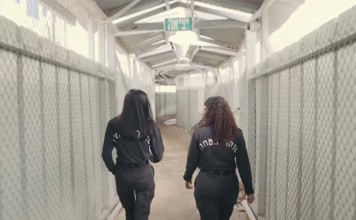 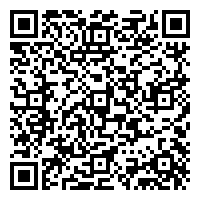