In a promo for Anna Nicole Smith’s new TV show, the former Playboy centerfold was asked a question about world affairs. “Why can’t we all just get along,” bleated Smith, who’s hardly a rocket scientist, but was smart enough to marry an elderly billionaire who didn’t have long to live.

The Rev. Jesse Jackson, the subject of a highly critical book, Shakedown, and a recent guest on the new Phil Donahue show on CNBC, also wonders why we can’t all get along. The reverend, who had recently returned to the U.S. from a “fact-finding mission” in the Middle East – and appeared as Donahue’s guest just hours after a Hamas bomb went off at a cafeteria in Jerusalem’s Hebrew University, killing at least seven people, five of whom were Americans – insisted that “both sides” have to do their part to “end the cycle of violence.”


A wire service report that appeared in the Miami Herald the following day described President Bush as “furious” at the Hebrew University attack, adding that he was “just as angry as Israel is right now.” The story went on to say that the president’s words were “his angriest to date about the bloodshed in Israel and the occupied territories, and reflected continuing frustration within the White House about how to stop the cycle of violence.” Of course, simplistic but politically correct phrases such as “occupied territories” and “cycle of violence” – they were the reporter’s words, not the president’s – are totally misleading. They also show a lack of understanding about the core of the problem.

Jackson, for his part, naively parroted others who know little, if anything, about the realities of the Middle East when he stated that the Hamas attack was in retaliation for Israel’s killing of the leader of Hamas’s military wing.

The terrorists would have simply rationalized those attacks by repeating their mantra that Israel is occupying Palestinian lands. However, it’s hardly a secret that when militant Islamic leaders talk about “occupied land,” they are, in fact, talking about all of Israel.

And, regardless of what their spokespeople say, Islamic terrorist groups kill innocent people because their leaders, cut from the same cloth as Osama bin Laden, enjoy seeing the suffering and death of others, especially “infidels.” Sure, they rationalize what they do for purposes of world opinion (and perhaps their own consciences), painting themselves as the “victims” of aggression from Israel (and the U.S.). Of course, they also insist they are “victims” because of Israel’s so-called “occupation.”

But it’s like the story of the scorpion and the frog. The scorpion needs to get across a lake and, since he can’t swim, asks the frog for a ride on his back. The frog says, “If I give you a ride you’ll sting me.” Replies the scorpion: “Why would I do that? Then we’ll both drown.” So the frog agrees to help the scorpion ? and when they get to the middle of the lake the scorpion stings him anyway. “Why did you do that?” asks the dying frog. “Because,” the scorpion replies, “it’s my nature.”

In the Middle East, groups like Hamas, Hezbollah, the Al-Aqsa Martyrs Brigade, and al Qaeda are nothing more than scorpions. As with the scorpion in that old tale, killing innocent people who are not Muslim fanatics like they are is simply part of their nature – nothing more, nothing less.

So while Jesse Jackson implies that both sides, the Israelis and the Palestinians, are at fault for the violence in Israel – and that the violence might indeed stop if and when both sides call a truce, sit down together and reach some kind of agreement – what people like him fail to understand, or do not want to understand, is that the only thing that will satisfy these terrorists is the total disappearance of the Jewish state.

It’s apparent that the Rev. Jackson likes to see himself as a shaper of world events with the moral integrity of a Mahatma Gandhi or a Martin Luther King. Unfortunately, it’s equally apparent that he is a lot more like Anna Nicole Smith. 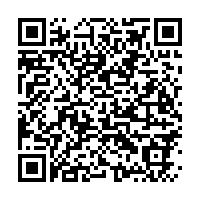