(June 26, 2018 / JNS) We don’t yet know the details of the Israeli-Palestinian peace plan that presidential adviser Jared Kushner is preparing. But we do know how Kushner perceives the Palestinian Arabs. And he’s got them all wrong.

The White House has released an official transcript of Kushner’s June 24 interview with the Palestinian Arab newspaper Al Quds. It shows that Kushner subscribes to the oldest myth of the conflict—that average Palestinians are really just like us.

Here’s how he put it: “I believe that Palestinian people are less invested in the politicians’ talking points than they are in seeing how a deal will give them and their future generations new opportunities, more and better paying jobs and prospects for a better life.”

It’s often hard for Americans to grasp the fact that the values and concerns of the Palestinian Arabs are, in fact, radically different from those of America, Israel and the West. Average Palestinian Arabs really do want to destroy Israel. They really do hate Jews. The political culture of their society is not the same as the democratic political culture of the United States or Israel. Better-paying jobs are not their highest goal.

You can blame their attitude on the Palestinian Authority’s educational system. You can blame it on decades of anti-Jewish propaganda on the P.A.’s television and radio programs, and in its newspapers and books. You can blame it on centuries of inculcation in the values of Islam and extreme Arab nationalism. But however you apportion the blame, it’s a fact.

“My dream,” Kushner told Al Quds, “is for the Israeli and Palestinian people to be the closest of allies in combating terror, economic achievement, advancements in science and technology, and in sharing a lifestyle of brotherhood, peace and prosperity.” Yes, that’s Kushner’s dream. Mine, too. But that’s not the Palestinians’ dream. They are not interested in joining Israel in “combating terror” because they are the ones who perpetrate, glorify and financially reward terror.

There’s a certain contempt implicit in presuming to enlighten other people as to what they should care about and what is in their best interests. “These people know their lives will only be improved by working out the issues and moving on,” said Kushner. Wrong again. He’s the one who is interested in “moving on.” Not the Palestinians.

“The Palestinian people are industrious, well-educated and adjacent to the Silicon Valley of the Middle East—Israel,” Kushner continued. “Israel’s prosperity would spill over very quickly to the Palestinians if there is peace.”

Does he think the Palestinians don’t know that? Does he think that they are simpletons who have never noticed, throughout the past century, how Jewish development of the country has benefited them and could benefit them a lot more if they made peace?

Of course, they have noticed. But they have chosen to do otherwise. When Israel expelled all Jews from Gaza, they left behind fully intact greenhouses for the Palestinians to use and enjoy. And enjoy them they did. They enjoyed burning them down.

Wait, that doesn’t make any sense! If the main concern of the Palestinians is economic prosperity, why would they burn down the hothouses that would give them economic prosperity? Because they care more about hating Jews than improving their own lives.

Which is why I don’t know whether to laugh or cry when I read Kushner’s statement that “the people of Gaza are hostages to bad leadership. … It’s time for the Palestinian Authority and Hamas to stop using the people of Gaza as pawns.”

“So yes, there is a lot of hatred and a lot of scar tissue,” Kushner concluded, “but I do not underestimate humankind’s ability to love.” He doesn’t underestimate it. He overestimates it. Offering the Palestinian Arabs better-paying jobs will not transform them from warmongers to peacemakers. It would take a complete overhaul of the P.A.’s media and school system, followed by generations of enlightened leadership and education, to change their values and attitudes.

If Jared Kushner’s dangerously naive belief about the Palestinians’ “ability to love” is shaping the Trump Mideast peace plan, then friends of Israel have reason to be deeply concerned. 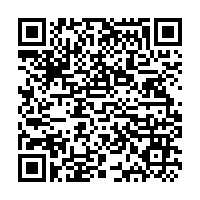