Jerusalem Day has long since turned from one marking a joyous festival to one mired by an exhausting political raucous. The issue of Israel and its Arab citizens, and the question of east versus west Jerusalem are, of course, worthy topics of discussion, but the choice to make them the heart of the conversation on Jerusalem Day of all days is unfortunate.

The attempt to paint Jerusalem as the exclusive focus of conflict and controversy is shallow and narrow-minded and is useful only to those who thrive on strife. Jerusalem is first and foremost the fulfillment of an old-new vision, and its liberation is a sign of the independence and aptitude of the Jewish state.

Jerusalem often finds itself labeled as “controversial” alongside other areas associated with the 1967 Six-Day War, and there is certainly a clear link between the nature of the debate on Jerusalem and the nature of the debate on Judea and Samaria. I have often spoken to audiences abroad about the issues in Judea and Samaria. I always tell them: It doesn’t matter if you are for or against the Jewish settlement enterprise, or for or against a Palestinian state – never limit your connection to Israel to this question alone.

It is unthinkable that after 2,000 years of Jewish longing and 150 years of Zionism, the connection between Jews and the Jewish state will be reduced to the question of “to what extent does Israel cope with the complex reality it faces.”

Those sparing no effort to convince Diaspora Jewry that the “occupation” is the only prism by which they must shape their view of and link to Israel are, for the most part, self-serving entities the interests of which are well-funded. They have little – if any – real interest in Israel or in the Diaspora and under their guise of concern for human rights, morals, and ethics, lies little more than a superficiality of thought and a spiritual void.

It would also be a mistake to define the connection to Jerusalem and Jerusalem Day through the narrow prism of the flag march.

Whether you like it or not, whether you consider it a festive event or a problematic one, it is impossible to reduce thousands of years of deep Jewish connection to the city to an argument that boils down to will-they-or-won’t-they march through the Damascus Gate. Not that this is not an important question, but to make it the core issue is ridiculous.

There are 364 days a year during which one can discuss the challenges Jerusalem faces. For one day a year, let us simply rejoice in the fact that we have been privileged to witness the manifestation of the biblical vision and experience the dream-come-true of so many who came before us. 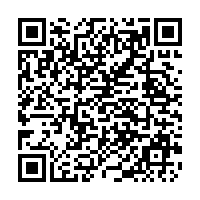