The word “Jerusalem,” which is derived from the word “peace,” tends to evoke images of anything but peace. It suggests, instead, images of massive demonstrations pitting Palestinians against Israeli police, or of exploding buses and restaurants. Such images do, after all, reflect the new items reported by many of the foreign journalists who cover the city.


Mention the name “San Francisco,” however, and one’s mind is likely to conjure an image of joggers running on the Golden Gate Bridge against a perfect sunset over the Bay – or perhaps steep streets graced by famous bars and eating joints. One city evokes images of conflict, the other of tourism.

The truth is that Jerusalem lives up to its name rather than its image or reputation – and is safer by far than San Francisco. The two cities have similar population sizes of around 850,000. In 2014, a relatively violent year in Jerusalem, the number of homicides stood at 27, half the number of homicides in San Francisco. There was, of course, a crucial difference. In Jerusalem, 12 of the homicides were criminal, and the majority were either terrorists or those they were attacking. In one case, the victim was a bystander. In San Francisco, all those killed were either criminals or their victims.

Even more surprising is that Jerusalem has had a lower homicide rate (again combining the criminal and the politically motivated) than San Francisco or, indeed, the average city in the US for the past twenty years. This is surprising because the period includes the extremely violent years of the second intifada in the first three years of the new century. The homicide rate for Jerusalem in the past twenty years stands at 4 per 100,000 inhabitants, lower than the average for urban areas in the US of 5.1 per thousand (according to FBI data). San Francisco’s rate is slightly higher, but still, by US standards, it is hardly a violent city. Washington DC, St. Louis, Baltimore, Detroit, and Chicago exceed the national average by at least three times.

If one were to delete the extremely violent years of the second intifada, or stick to 2014 alone (the last year for which there are data on homicides in Jerusalem), the Jerusalem homicide rate of 3.2 is comparable to that of Oslo and the other more peaceful cities of Europe.

Ironically, it is the social commonalities between the Jewish and Arab populations, two societies that are very different and at odds politically, that contribute to the peace that pervades the city.

Both Jewish and Arab societies are characterized by a high degree of religiosity based on similar if not identical precepts concerning the importance of family life, charity and good deeds, and religious ritual. The violence associated with the consumption of alcohol and family breakdown is marginal in both the Jewish and Arab neighborhoods of Jerusalem. The city is also too poor to attract organized crime and the violence it brings in its wake.

A strong police presence, coupled with an increasing orientation towards community policing in Arab areas, contributes to this state of affairs.

The large presence of police is especially important in reducing casualties related to the political tensions between Jews and Arabs.

The basic rule in policing demonstrations, especially those that become violent, is to amass a large police force. The larger the police force relative to the number of demonstrators, the less threatened the individual policeperson will be, decreasing the chances that he or she will resort to the use of firearms. Because of Jerusalem’s extreme sensitivity, Israel makes a considerable effort to hold a large police force in readiness to reduce both Jewish and Arab casualties.

Even the Temple Mount – obviously the most contentious issue between the two populations, and one that contributes to political tensions and terrorism – contains dimensions that contribute to peace. One is that the tensions are linked to the religious calendar cycles of the two communities. They are therefore anticipated, meaning the police can plan ahead to dissipate tensions that might spark violence.

The security forces do this by four means – through dialogue with Muslim religious figures associated with the Jordanian Waqf or the Palestinian Authority; by (if necessary) limiting prayer on the Temple Mount by age or gender or both; by amassing a significant police presence; and, in the most extreme situations, by making preventive arrests of those known for or suspected of inciting and leading violent demonstrators. These people are detained during the days of festivities or the “days of rage” announced by the PA and/or Hamas. To these one might add the most permanent feature, the gathering of relevant intelligence.

This is hardly to say that Jerusalem harbors no ills. The welfare divide between Jews and Arabs is substantial: in 2014, 21% of Jewish families with children lived below the poverty line versus 79% of Arab families, a gap reminiscent of the divide between whites and blacks in urban areas in the US in the 1950s. The persistence of this gap has much to do with the fear of Arab residents becoming part of the municipal political process.

Nevertheless, the ability of Israel to keep the peace in Jerusalem, its capital, is no mean achievement in this violent region. The social characteristics of its Jewish and Arab populations help to keep the crime rates so low. 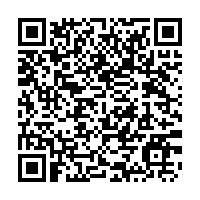