The definition of “double standard” is declaring the capital city of just one country – of the 193 United Nations member states – “invalid.”

Compounding the absurdity is that this particular city – Jerusalem, dedicated 4,000 years ago by Abraham – predates every other capital city on the planet.

As British parliamentarian Benjamin Disraeli quipped when targeted by an anti-Semitic slur: “When my ancestors were priests in the Temple of Solomon, yours were brutal savages on an unknown island.”

Imagine the absurdity of UN Resolution 2334, stating that Israel’s presence in Jerusalem is illegal. Would anyone seriously suggest to disconnect Christianity from the Vatican or Islam from Mecca?

Jerusalem is referenced 640 times in the Jewish Bible, crowned the eternal capital of Israel by King David over 3,000 years ago. Jews, wherever dispersed around the globe, yearn for Jerusalem at every Jewish wedding, Passover Seder, and daily prayers.

“Next year, an American Embassy in Jerusalem” was never part of our lexicon, Shmuel Rosner quipped in a New York Times op-ed.

So upon hearing the news of the US government implementing US law, the Jerusalem Embassy Act of 1995, I merely shrugged my shoulders, as did many people in Israel.

Is acknowledging a basic fact of history suddenly “earth-shattering news”?

Why is acknowledging a basic fact of history, correcting a historic injustice, expressing the obvious, and refusing to deny reality, suddenly deemed “earth-shattering news”?

Does anyone think that the Jewish people, who survived Inquisitions and Holocaust, have returned to our land in order to be cowered by violent and diplomatic threats? Have we become so accustomed to vilification of the Jewish State, surviving on the fickle goodwill of other nations, that achieving normalization is a cause for celebration?

Yet such is our topsy-turvy world. In such a world, crass politics, delusion, and anti-Semitic hatred is directed against the city most emblematic of humanity’s greatest truths and yearnings, the city of priests and prophets, a light of transcendence which taught the world “Love your neighbor.”

In response, Arabs promise more “days of rage” and pundits predict regional conflagration. Yet does anyone truly believe that ISIS, Hezbollah, Hamas, and nuclear Iran are secondary issues – while the obvious truth of Jewish Jerusalem will “set the Middle East ablaze”?

Denial of Jewish connection to Jerusalem is fueled by those who seek to destroy the Jewish State. That is why, in an attempt to airbrush the past, everyone from the Babylonians to Romans, Crusaders and Jordanians, have expelled the Jews from Jerusalem and destroyed its holy sites.

This denial of Jewish Jerusalem persists today. In the words of Palestinian leader Mahmoud Abbas, the Jewish people “claim that 2,000 years ago they had a Temple. I challenge the claim that this is so.” The Palestine News Network pushed the line that “the Wailing [Western] Wall is an integral part of the al-Aqsa Mosque, and it is exclusively Islamic… and non-Muslims have no right to it, even to the dust of the Wailing Wall.” Speaking on Palestinian TV, researcher Dr. Hayel Sanduqa claimed that the well-known verse from Psalm 137, “If I forget thee, oh Jerusalem,” is not a Jewish source at all, but rather words uttered by a Christian Crusader, now “falsified in the name of Zionism.”

Jerusalem embodies a vision of our perfected world.

And the mainstream media is frequently complicit. London’s Daily Telegraph referred to “the Temple Mount, where the two Jewish temples of antiquity are believed to have been built,” and Time magazine identified the “Dome of the Rock, where Jews believe Solomon and Herod built the First and Second Temples.” Not an indisputable fact of history; just something that “Jews believe.”

In referring to the Temple Mount, Associated Press, New York Times, Los Angeles Times, et al, typically cite the Muslim-Arabic name – “Haram al-Sharif, the Noble Sanctuary.” But in tens of thousands of mainstream news articles, did you ever once see the Temple Mount referred to by its Hebrew name, “Har Habayit”?

A final irony: The den of anti-Semitism, United Nations headquarters in New York, bear on its walls the words of Isaiah: “They will beat their swords into plowshares.” Yet let us not forget the verse immediately preceding: “For out of Zion shall go forth Torah, and the word of God from Jerusalem.”

Diplomatic developments aside, it is a vision we surrender at our peril. 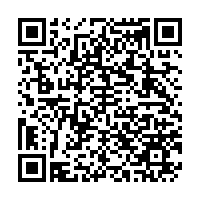