The media have been abuzz with reports that President-elect Trump intends to honor his pre-election promise to act on the 1995 Jerusalem Embassy Act – the implementation of which has been deferred by waivers invoked by successive presidents, most recently last week by President Obama – and move the U.S. embassy from Tel Aviv to Jerusalem.

Fear of enraging the Arab street and the Muslim world is the short answer.

This clamor and fixation on Jerusalem, quite recent in Muslim history, has led many to conclude that Jerusalem is holy to Islam and that therefore any U.S move ahead of a peace settlement is premature.

As it happens, however, it is a propaganda lie that Jerusalem is holy to Islam or central to Palestinian Arab life. Though possessing Muslim shrines, including the Dome of the Rock and the Al Aqsa mosques, the city itself holds no great significance for Islam, as history shows.

Jerusalem is not mentioned even once in the Koran, nor is it the direction in which Muslims turn to pray. References in the Koran and hadith to the “farthest mosque” are alleged allude to the Al Aqsa Mosque but clearly they do not: the mosque didn’t exist in Muhammad’s day.

Indeed, the site of the biblical Temples is called the Temple Mount, not the Mosque Mount and – in contrast to innumerable Palestinian Authority statements today – was acknowledged as such for decades in the Jerusalem Muslim Supreme Council’s publication “A Brief Guide to the Haram Al-Sharif,” which states on page 4 that “Its identity with the site of Solomon’s Temple is beyond dispute.” (After 1954, all such references to the biblical Temples disappeared from this publication).

During the illegal annexation and rule of the historic eastern half of Jerusalem by Jordan (1948-67), Amman remained the country’s capital, not Jerusalem.

Under Jordanian rule, Jews were entirely driven out, the Old City’s fifty-eight synagogues were destroyed, and Jewish gravestones were used to pave roads and latrines. Jewish access to the Western Wall was forbidden, in contravention of Article 8 of the 1949 Israeli/Jordanian armistice.

Indeed, the eastern half of the city became a backwater, infrastructure like water and sewerage were scanty or non-existent, and its Christian population – denied the right to purchase church property in the city – declined. No Arab ruler other than Jordan’s King Hussein ever visited. As Israeli elder statesman Abba Eban put it, “The secular delights of Beirut held more attraction.”

Significantly, neither the PLO’s National Charter nor the Fatah Covenant, drafted during Jordanian rule, even mention Jerusalem, let alone call for its establishment as a Palestinian capital.

This would never be obvious from the tenor and content of Palestinian, Arab, and Muslim pronouncements on the city today, which are as emphatic as to the Arab, Muslim, and Palestinian primacy of the city as they are in denying its Jewish provenance.

Conversely, Jerusalem, the capital of the biblical Jewish kingdoms, is the site of three millennia of Jewish habitation – hence the Jerusalem 3000 celebrations initiated by the government of Yitzhak Rabin.

The holiest of Judaism’s four holy cities, Jerusalem is mentioned 669 times in the Bible and alluded to in countless prayers. Major Jewish rituals, including the conclusion of the Passover Seder and Yom Kippur service, end with the age-old affirmation “Next year in Jerusalem.”

Jerusalem is the only city in the world in which Jews have formed a majority since the 1880s. Today, Jerusalem, in addition to being home to Judaism’s greatest sanctuaries, is the seat of Israel’s government, the Knesset, the Supreme Court, the National Library, and Hebrew University. Its population is two-thirds Jewish.

It is only under unified Israeli rule since 1967 that the city as a whole has been revitalized, enjoyed stunning growth and also, at last, full freedom of religion for its mosaic of faiths – precisely what would be threatened by its re-division, as is already obvious in the Christian exodus from Palestinian-controlled Gaza and Bethlehem.

Transferring the U.S. embassy to Jerusalem would acknowledge the reality of the city as Israel’s capital and ultimately help consign to oblivion the fiction that Israel can be detached from it. Whatever the contours of any future peace settlement, there is no good reason for President-elect Trump to defer implementing the Jerusalem Embassy Act and move the U.S. embassy to Jerusalem. 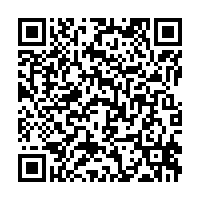