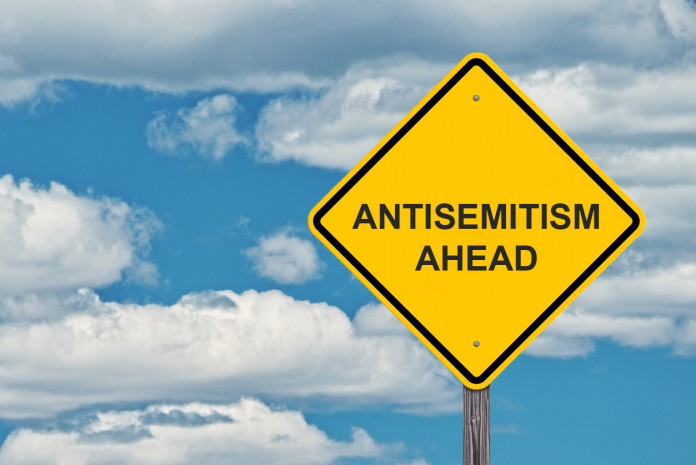 As Jews were hounded out of German universities in the 1930s, where would you have stood? Many of us would like to think we would have found the moral and if necessary physical courage to stand up for our fellow students rather than see them persecuted, bullied, abused and thrown out. Well, now we can actually put our courage to the test as before our eyes we see a re-run of an almost identical pattern of antisemitism — this time at American colleges, with a similar picture at universities in Britain and elsewhere in the West.

A new study by the antisemitism watchdog Amcha Initiative documents a pervasive, relentless assault on Jewish identity at US universities.

It has been going on for years, but this report paints a stark picture of an increasing, intensifying and carefully coordinated campaign of attacks on Jewish identity at over 60% of the colleges and universities that are popular with Jews, including 2,000 incidents intended to harm Jewish students since 2015.

Most of this dark work is being done under the spurious and despicable cover of delegitimising Israel, spreading blatant lies about the Jewish state and conspiring to prevent those lies from being exposed or countered by seeking to ban anyone who dares speak or even show support for the truth. With bloodthirsty cries of “intifada, intifada” (meaning the mass murder of Jews), these activists demand an end to Zionism, which, for the avoidance of doubt, means just one thing: an end to the democratic State of Israel. This itself is antisemitism in any book and is spelt out as such in the US State Department definition of antisemitism, a definition that Jew-hating campus activists do all in their power to resist, distort and discredit.

But sometimes even the threadbare “anti-Israel” mask of campus activists slips, as they expose the naked racism behind their campaign with slogans like “Jews control the government and the banks”, “Jews out of CUNY” [City University of New York] and “Jews are racist sons of bitches”.

Even without such transparent venom, there is no disguising their anti-Jew agenda. Attacks against any student or professor who supports Israel or Zionism are made in the full knowledge that this means the overwhelming majority of Jews — the Amcha report quotes Pew polling data showing that more than 80% of American Jews view Israel as integral to their Jewish identity. In short, however these campus activists might pretend otherwise, they are attacking Jews.

And they do not hold back. A 2021 poll from the Louis D. Brandeis Center for Human Rights Under Law shows college students with a strong sense of Jewish identity and connection to Israel have learnt that to avoid antisemitism they must view their religion as something to hide, not celebrate. According to the Brandeis Center:

“Nearly 70% of the students surveyed personally experienced or were familiar with an anti-Semitic attack in the previous 120 days. More than 65% of these students have felt unsafe on campus due to physical or verbal attacks, with one in 10 reporting they have feared they themselves would be physically attacked. And roughly 50% of students have felt the need to hide their Jewish identity”.

As their oppressors freely and openly express their own religious or cultural beliefs in words, actions and symbols, many Jewish students are forced to keep quiet about theirs, discarding their skullcaps, hiding Star of David pendants under their shirts and even thinking twice about placing a mezuzah on the doorposts of their residences.

They know better than to give any hint of a connection with Israel on social media, which is obsessively monitored and screen-shot by the jackals that want to abuse, exclude and cancel them.

Some courageous students — and it’s incredible that courage is needed for this in 21st Century America — are unwilling to conceal their beliefs or abrogate their right to freedom of speech, and so stand up to the intimidation they face on campus. I pay tribute here to educational groups like Club Z, Stand With Us and the UK Pinsker Centre who, among others, work hard to help strengthen such individuals. Yet some Jewish students feel the need to switch sides to secure their safety and find acceptance in a hostile environment. This has significantly contributed to the growth of Jewish anti-Zionist organizations such as Jewish Voice for Peace and is a tremendous prize for the Jew-haters. According to the Amcha report, the presence of these groups on campus more than doubles the likelihood of antisemitic incidents involving the distortion or denigration of Jewish identity.

It is a popular belief that the total exclusion of Jewish students and faculty at German universities by late 1938 was the work of the Nazi government bureaucracy and therefore an entirely different phenomenon that should not be compared to antisemitism on American campuses today. Uncomfortably for many, that is not true.

In reality, German non-Jewish students, who had pioneered antisemitism on campus before 1933, not the government, led the charge against their Jewish fellow students in the early Nazi years, bullying and intimidating them and pressuring the authorities to expel them. In other words, virtually the same phenomenon as we see today in America and elsewhere in the West. A German student journalist at the time wrote that students themselves made an important contribution to the creation of the Nazi university in the Third Reich. (Source: Die Bewegung, 47 (1938), Bundesarchiv (BA) Koblenz, ZSg 129/152.)

Under assault from their fellow students, as in American universities now, many Jews then found it prudent to conceal their ethnicity and religious beliefs, years before the ultimate fate of the Jews in Germany could be foreseen.

Jews were excluded or expelled from the German Student Federation and other student groups not because of any state edict but because of pressure by other students. The same thing is happening today at American universities, with recent examples of Jewish students being voted out from student councils and excluded from community groups, specifically because they are Zionists, for which read Jews.

Just as Jewish fraternity groups were targeted and physically attacked in 1930s Germany, so the Amcha report documents systematic actions including physical assaults against Jewish fraternities and student groups on campus today, including Alpha Epsilon Pi (AEPi) and Hillel, as well as vitriolic condemnation for participation in pro-Israel projects such as Birthright.

Despite expending so much energy against their fellow students, German Gentiles had plenty left for their Jewish professors. Unsatisfied with Nazi race regulations restricting Jewish faculty, students boycotted the classes of those who were exempt under the race laws and pressured university authorities to dismiss them. The result was that every Jewish professor who was still legally allowed to teach had resigned by 1935.

As in 1930s Germany, Jewish professors feel the heat in today’s America, suffering abuse and attacks against them by fellow faculty members and students, with some abandoning their kippahs for a quiet life. According to a report by the Israel on Campus Coalition, pro-Israel scholars are often frozen out by university authorities, in true Third Reich style, and faculty members are hesitant to engage in public or even private support for Jewish students or to take on their colleagues.

Illustrating the toxic atmosphere on some campuses, in January last year, six CUNY professors filed a lawsuit against their faculty’s professional union, accusing it of antisemitism.

The Amcha report characterises the situation on US campuses today as a crisis for American Jews. It is much more than that. It is a crisis for us all that one section of our student body is bullied, abused, intimidated and cast down by their fellow students, and often abandoned by their professors and faculty authorities. Will we rise to defend our Jewish brethren in their persecution or will we sit back and silently wring our hands as before? Perhaps we should follow the example of German Gentile students Hans and Sophie Scholl and their fellows in the White Rose, a student resistance group, who in the 1940s stood up and spoke out against Nazi tyranny and the persecution of Jews. Their fate was the guillotine.

It is high time for the federal government, under Title VI of the 1964 Civil Rights Act, to withdraw its funding from all universities that participate in bigotry such as that. 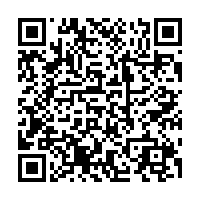