Two Jews, three opinions. There are so many points of legitimate differences within the Jewish community, and so many important issues to be debated. Reform vs. Orthodox, a 2-State solution, the Iran deal, and so many other issues to be discussed, which are legitimate.

And while we accept the concept of two Jews and three opinions, an unacceptable opinion in our community must be financing of boycotts against Israel. In no uncertain language, The New Israel Fund openly advocates a boycott of Israel, and to the tune of $30 Million annually harms Israel immensely. Those who fund the NIF must be ostracized and shamed, and we will continue in this vital endeavor.


As communications professionals, we cannot help but notice the active public relations endeavors of The Jewish Communal Fund, who define themselves in a recent press release as “the largest and most active Jewish donor advised fund in the country.” They recently issued a release noting that they “approved grants totaling $816,904 to local Jewish charities in the New York area through its endowment, the JCF Special Gifts Fund.”

And while the JCF gives to many important issues, the question remains why the organization also gives millions to an organization that boycotts Israel? A review of the organization’s tax-return filings reveals that JCF funneled many millions of dollars to the New Israel Fund (NIF) in the last few years. The NIF funds organizations like the Human Rights Defenders Fund (HRDF), whose Executive Director has called Israel “racist,” and “murderous,” and described the country as a “temporary Jewish apartheid state.”

B’Tselem received $10,036 in 2014 from the Jewish Communal Fund, and was the source for the recent UN Human Rights Council report against Israel. The JCF gave $10,500 to A Jewish Voice for Peace who openly supports a boycott, and was on the Anti-Defamation League’s list of most Anti-Israel groups in America in 2012 and 2013. As the ADL said, “Like other Jewish anti-Zionist groups, JVP uses its Jewish identity to shield the anti-Israel movement from allegations of anti-Semitism and provide a greater degree of credibility to the anti-Israel movement.”

No matter how much lipstick is put on a pig, it is still a pig. No amount of money that the Jewish Communal Fund gives to good Jewish issues makes their financing of a boycott acceptable. And while we note that the JCF issues press releases announcing their donations, we ask why they will not – and have not – publicly addressed the issue of why they support a boycott of Israel financially.

We ask another 6-figure NIF donor, the Lisa and Douglas Goldman Fund why their website notes that they are proud donors to the Friends of Israel Defense Forces, a great organization which provides supplies to IDF soldiers, yet they also support NIF which boycotts Israel? Lela Goren, a developer whose brothers founded Israeli tech company Radiant Systems, the Stella and Charles Guttman Foundation, the Lopatin Family Foundation and others fund important issues – how can they also support a boycott?

We welcome freedom of discussion – we reject boycotts of Israel, and so must all who care about the State of Israel. 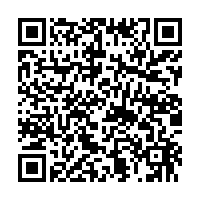