Israel’s recent “Nation-State” law was simply meant to state the obvious: Israel is the national homeland of the Jewish people. However, it was widely condemned by Western self-appointed liberals, the Muslim Arab world and post-Zionist leftist Jews. Even some Jews who officially consider themselves Zionists, expressed ambivalence towards calling a spade a spade.

The widespread opposition to the Jewish “Nation-State” law also reveals why the so-called two-state solution remains a pipe dream. The Arab-Israeli conflict was never about specific borders but about Muslim Arab rejection of a Jewish nation-state within any boundaries.

According to popular mythology, Arabs and Jews are supposedly “cousins” with a shared heritage through the patriarch Abraham. In reality, there is a vast gulf of differences separating the two neighboring nations. In fact, Arabs and Jews are the ultimate “Tale of Two very Different Peoples”.

There are around 400 million Arabs in the world. By contrast, there are only 13 million Jews in the world, roughly 50 % of them living in Israel. There are 22 Arab League member states covering a vast territory larger than the United States. In other words, Arabs have more territory than virtually almost any other nation on earth. However, as far as Arab extremists like PLO are concerned, it is simply not enough.

By contrast, there is only one tiny Jewish state similar in size to New Jersey or Wales. In other words, Israel is one of the smallest countries in the world. However, according to much of the world, it is simply too much. In addition, quite a few Jewish self-appointed liberals feel uncomfortable about the fact that the Jewish people has reclaimed a tiny sliver of land in the ancestral Jewish homeland.

However, on a national level, the differences between Arabs and Jews run much deeper and are not limited to geography and demography. Psychologically, the Arab world and the Jewish people are each other’s extreme opposites. There is a strong tradition in the Muslim Arab world to blame self-inflicted societal problems on others, especially Jews and Westerners. Arab regimes, media and intellectuals have for decades blamed tiny Israel and the West for all the self-inflicted ills plaguing the Muslim Arab world.

Much of the Jewish world on the other hand, is obsessed with unhealthy levels of self-criticism. Jewish self-appointed liberals in Israel and abroad frequently blame Israel for the lack of peace with the Arab world. As far as many leftist Jews are concerned, peace depends on more Israeli concessions towards the Arabs.

This delusional Jewish liberal worldview ignores the fact that Israeli concessions have systematically radicalized the Arab side and pushed prospects for peace even further into the distant future. As far as PLO, Hezbollah and Hamas are concerned, nothing less than the destruction of Israel will satisfy them.

Israel’s and the Jewish world’s intense debate culture is alien in the eyes of the despotic Muslim Arab world. While most Jews see compromise as a virtue, the Arab world sees it as a sign of weakness and invitation for further aggression.

Arabs and Jews are separated by vastly different historical experiences. This has dramatically affected their respective cultures, values and mindset. The Jewish people has lived in exile for over 2000 years. By contrast, the emergence of a large Arab diaspora is a relatively recent phenomenon. Arabs overwhelmingly lived and continue living in Muslim Arab majority societies.

For Jews, being a minority has been the norm for many generations of the Diaspora. External and internal factors therefore pushed Jews to embrace integration and adaptation to host majority cultures. Muslim Arabs contrarily, are used to living as a majority, not as a minority. The implication of this Muslim Arab experience is very clear: non-Arabs and non-Muslims are expected to adapt to Muslim Arabs. While this may seem reasonable in Muslim Arab majority countries, this mindset undermines peaceful coexistence in countries where Arabs and Muslims live as a minority as is the case in Israel and in other Western democracies.

The respected Jewish philosopher Sir Isiah Berlin once summarized the Jewish condition when he eloquently said that the Jewish people has “too much history and too little geography.”

The seemingly intractable conflict between Arabs and Jews is ultimately rooted in their vast historical differences. Seventy years after Israel’s rebirth, many Jews are still not used to a Jewish nation-state where non-Jews are expected to adapt to a Jewish national majority culture. By contrast, millions of Muslim Arabs are still not used to living and acting as a minority in non-Arab and non-Muslim countries such as Israel, France, Britain or Sweden.

Genuine peace between Israel and its Muslim Arab neighbors requires two simultaneous mental revolutions. The Arabs need to come to terms with the reality of a permanent Jewish majority nation-state where Hebrew and Jewish culture and identity constitute the norm. At the same time, many Jews in Israel who mentally still live in exile need to start acting and behaving like a majority nation living in its own ancestral homeland. 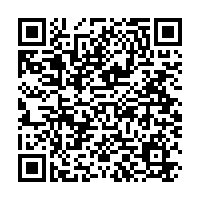