Before my son Ariel z l passed away a year and a half ago he and I spent a great deal of time discussing the Second Amendment the right to bear arms. Ariel was always amazed at how many Jews – Shomer Shabbos Jews – aligned themselves with the advocates of gun control in reality a movement to banish the private ownership of guns by lawful citizens.

During the Los Angeles riots of 1992 my wife Karen and I along with Ariel and our daughter Leda were inside a film theater. Abruptly an angry mob congregated outside; soon they were trying to break down the doors. Trapped inside we were all terrified. I held Leda in my arms; she shivered like a frightened rabbit. Karen held Ariel’s hand.


Don’t worry I said with false confidence the police will be here soon.

But the police did not arrive that night nor did they protect the city from arson and widespread looting. In fact we watched in disbelief as news cameras captured images of police officers standing idly by while looters gleefully committed their crimes.

A few days later I bought a gun.

I bought a gun because I realized that the day might come again when the people who were sworn to protect us would once again choose not to.

As Ariel’s conservative political opinions began to cohere he logically fell on the side of legal gun ownership. But because he was first and foremost a Torah Jew first and foremost a Talmudic scholar Ariel sat down and put gun ownership into a halachic framework. We often talked about his ideas. Ariel wanted to put them down on paper. Unfortunately he never had the opportunity to write the article on halacha and gun ownership that he wanted to author. And so I humbly jot down a few of Ariel’s ideas. Any mistakes in this article are mine and mine alone. I write from an imperfect memory from conversations with my beloved son held years ago and from the few notes he scribbled.

Ariel pointed out that in his commentary on Bereishis 4:23 Ramban says: The sword is not the cause of murder and there is no sin upon him who made it. In other words a weapon be it a sword or a gun is neutral. It can be used for good or for evil. Thus to label a gun as bad makes no sense for a gun can be used in self-defense which the Torah sees as a primary right.

The Torah (Exodus 22:2) teaches that when necessary a householder may kill a burglar to save his own life. Gemara Sanhedrin (72A) says: He who rises to kill you you must kill first. It seems odd to have to defend the most basic notion of self-defense but in America today the shrill and self-righteous voices of pacifism and appeasement have become alarmingly prominent.

Ariel told me that if gun control advocates had their way the only people with access to guns would be the police who cannot be counted on for security and criminals who can be counted on to be well criminals and to have absolutely no respect for the hundreds of gun laws already on the books.

Ariel also pointed out that on Purim the Jews were given royal permission to defend their lives. The king’s edict did not order the army to protect the Jews no; the Jews were allowed to purchase arms in order to defend themselves. Obviously as a minority in the Persian Empire Jews were forbidden weapon ownership. This is not unique in Jewish history. During the Roman occupation of Judea Jews were forbidden to own swords spears or any implements of war. What better way for a ruling empire to control an unruly and rebellious population? And of course in Europe one of the first laws that Hitler imposed was an all-encompassing weapons ban. Imagine how different Jewish history would be if every Jewish family in Europe owned at least one gun that had six bullets in the chamber. 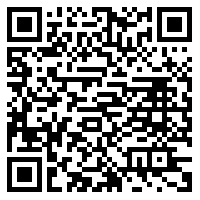