Under the Czars, the struggle for Jewish survival became a daily test. Hundreds of thousands emigrated. Amongst those who stayed, resistance to the regime in various ways led to serious fissures within communities. Radicals, socialists, and Bundists saw the future only in terms of liberation from class oppression and religious narrowmindedness. Secular Zionists dreamed of salvation in establishing a new Jewish ethos based on labor in the Land of Israel. Different groups competed, fought, and provoked each other. This roiling competitive atmosphere produced great literature in Hebrew and Yiddish, a flourishing cultural life, schools, and youth movements.

The religious too were divided, not just between Chasidim and Mitnagdim but between Zionist and anti-Zionist. The very tensions we find today in Jewish life, particularly in Israel, could already be found in Pinsk towards the end of the nineteenth century.


These tensions of wealth and ideology continued through the disastrous Polish regime after the First World War, where occasionally only American intervention stemmed rising anti-Semitism, made worse by the fact that Jews were prominent on both political sides and were blamed for everything, as always. It all deteriorates as the German Nazis and their Eastern European sympathizers brought catastrophe to Jewish life. That anything survived at all was a miracle.

The myth currently cultivated in certain religious circles about the idyllic Jewish life if the ghettos of the East is dishonest, manipulative, and a betrayal of the memory of those who lived through it. Unless you were rich it was insufferable and painful a life. Your wealth could disappear overnight. The relatively few students of yeshivas, even the great Lithuanian ones, often went barefoot, coatless, and hungry in winter. Even the numbers studying Torah full time were a fraction of those supported by Israel today, let alone the USA. There were indeed great rabbis and leaders, and Pinsk attracted and nurtured some of the greatest. But for the masses it was Hell on Earth.

The comparison with Israel today is compelling. Whether secular or religious, financial or political, regardless of all its troubles and tensions, Israel is a flourishing of Jewish life in the widest sense that puts even Pinsk in the shade. Whether the researchers had an agenda or not, the facts speak for themselves. The pretense that it was better then, is, as Solomon says in Ecclesiastes, “not a very clever thing to say.”

It’s a sad story of the disappearance of yet another once-great Jewish center. But Professors Mirsky and Rosman deserve gratitude for bringing this important work to the English speaking world. We can rejoice in the fact that we have survived and thrived. 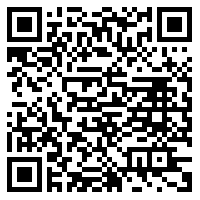