Hezbollah terrorists smuggled from Poland the remote control and the detonating device used to set off the bomb that exploded on a Bulgarian tourists bus last summer and killed five Israelis, according to the Polish Trud daily newspaper.

Last week, Bulgaria named two native Lebanese as part of the cell that carried out the attack near the airport in Burgas, a resort city on the Black Sea.

Hezbollah wired the terrorists $100,000 for their “success,” the newspaper added.

The Bulgarian Interior Ministry last week published pictures of the two wanted suspects, who it said registered at a  hotel and rented a car under fake names days before the bombing.

Bulgaria’s evidence that Hezbollah was behind the bombing helped pressure the European  Union to declare Hezbollah as a terrorist organization, but the designation applies only to the military branch and to to the political arm, which gives orders to its terrorists. 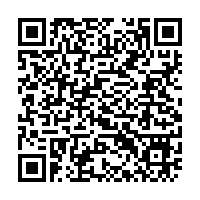