The Jewish Federation of North America (JFNA) 70 Year Anniversary GA Mission in Israel, taking place October 17th through the 24th, is focusing on dialogue between the Jewish leadership of North America and the leadership in Israel. JFNA is an American Jewish umbrella organization representing over 150 Jewish Federations and 300 independent Jewish communities across North America. Recognizing that Israel and diaspora Jewry don’t see eye to eye on many issues concerning Israel, the Federation’s organizers are publicizing their mission under the banner of “We need to talk.”

There is a 6,000 plus mile distance between Israel and North America, spanning seas, continents and oceans. The issues being “studied” are Israel’s domestic, foreign and strategic policies. While JFNA might disagree, the natural geographical reasons for not seeing eye-to-eye are in fact extremely relevant. Nevertheless, Federation says “we need to talk.”

Talking is good. Respectful dialogue should always be welcome. The sticky part, however, is that it’s not so much as “we need to talk” on the part of the Federation as it is on what they feel they have a right to insist upon vis-a-vis Israeli cultural, religious, foreign and military policies.

For example, it’s not so much as “we need to talk” as it is an attack on what the Federation perceives as Israel’s “religious monopoly” as it is referred to in its statement regarding its upcoming General Assembly event.

Interesting to note, is that the conference is not being held in Israel’s capital, Jerusalem. Could this reflect an American Jewish attitude, displeased with President Trump moving the US embassy to Israel along with being displeased with Trump as a whole? An opinion that is not shared by the majority of Israelis who, aside for the small circle of disgruntled yet loud leftists, are quite supportive of Trump. Is this also why “we need to talk”?

In addition, the line-up of speakers for the Federation’s General Assembly in Tel Aviv, include “progressive” spokespeople from conservative and reform sects of Judaism.

While the Federation purports to be an apolitical, humanitarian organization, of further interest is the array of representatives from the political left sitting on the panels dealing with the Israel/Arab conflict. While there will be a significant representation of the Arab community, this further begs the question; what about the Israeli nationalist voice? the religious Zionist voice? What about all those who support the nation-state-law? Will they be part of the “talk”?

It appears that the Federation, in stark contradiction to their stated desire for dialogue, did not invite them to speak at the forthcoming “we need to talk” assembly.

Can it be that the Federation’s “we need to talk” mission dreads actually talking and is simply interested in pushing its agenda? I believe they want to talk. Just not to the majority of Israelis.

Quite telling is the fact that the mission, in its scheduled touring route prior to the GA conference, conspicuously omits from its itinerary the very heartland of Israel, Judea and Samaria. That, in and of itself is a political statement. One has to wonder if any of the many Zionist and religiously observant members of JFNA had any input in the program. And if they did, it indeed raises an eyebrow.

So, rather than “we need to talk,” it is more like the Federation is telling Israel, “We have something to say and you better listen.”

But, do they have something to say?

Do they deserve to have input into Israel’s domestic, foreign, and strategic policies from over 6,000 miles away? Is the money they raise for humanitarian assistance to Israel an automatic license to influence Israel’s policies? Does the Jewish Federation of North America have an unwritten quid pro quo policy with respect to Israel? It does look like that is precisely what they are demanding.

Certainly, if these well-meaning “progressives” are devoted to Israel and wish to have a say in Israel’s day-to-day matters, they know that they can make aliyah, joining their brethren in Israel, and vote on important issues just like the rest of us here who actually have skin in the game.

Instead, the Federation’s program states how they mean to “effect change,” and turn the tide of life in Israel, without getting their own feet wet, that is. In fact, if you peruse the mission’s program, Wednesday, October 24th is the day the North American mission attendees pack up their bags and return to their homes in the United States and Canada, and you will see as the heading for that day, “L’hitraot, until next year.” How sweet.

But in reality, it means they came to Israel for a handful of days with an agenda to push on Israelis, in a land they do not live in, in a land for which they themselves do not sacrifice. And, I dare say, in a land whose language most of them can barely understand, if at all. With the culmination of their few days of touring and rubbing shoulders with others who can afford the expensive entry ticket to the conference in Tel Aviv, they cheerily say upon their departure what amounts to “See ya, until next year when we again attempt to prove our relevance and shove our opinions on you all”. Charming.

In any case, Israel’s south is under fire and smoke, a war is brewing and families of soldiers are bracing themselves. This in conjunction with the Iranian prompted threat in the north. So, dear members of the Federation, unless you cancel your return tickets back to a world away from our realities, and decide to stick it out with the rest of us here in Israel, there really isn’t anything to talk about. Is there?

Maybe it’s high time for the Federation to listen. 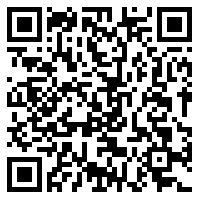