It is customary to give new US administrations a grace period before assessing their policies, but no administration in modern history has changed so much so fast. Literally dozens of executive orders signed by President Joe Biden have dramatically reversed the course of American foreign policy in a matter of days. The implications are potentially momentous, especially in the Middle East.


Many predicted that a Biden administration would see a revival of Obama-era policies. This was more true than anyone could have imagined. With stunning speed, Biden has set about dismantling the legacy of the Trump administration across the board, including in foreign policy.

The manner in which this is occurring is classic Obama. On the one hand, Secretary of State Anthony Blinken has stated repeatedly that the US is not in a rush to rejoin the JCPOA agreement with Iran, demanding that the latter first come into “full compliance.” But Iran has demanded the US do so first and provide compensation for sanctions, setting up a game of chicken where the party who desires the deal more will yield first.

At the same time, a series of US moves has signaled American desire to restore the status quo ante. The US has “temporarily paused” the sale of F-35s to the United Arab Emirates, describing the move as a “review,” which in Washington is usually code for quietly making a policy permanent. The sale of munitions to Saudi Arabia has also been suspended and comes after months of the Biden campaign criticizing Saudi human rights abuses, especially in Yemen. The ”reexamination” of the Trump administration’s designation of the Houthi movement as a terrorist organization also signals Biden’s re-acceptance of what Obama called Iran’s “equities.”

One immediate effect of these moves is to put pressure on the newly signed Abraham Accords. Indeed, some Arab commentators have begun criticizing the UAE for signing in the first place, claiming that in the end all the emirate will get through the deal is Israeli wine. The worst case scenario here would be Gulf repudiation of the Accords in favor of a Chinese-backed détente with Iran.

Before taking office, Secretary of State Blinken criticized the F-35 deal as a quid pro quo. He now says that “We very much support the Abraham Accords. We think that Israel normalizing relations with its neighbors and other countries in the region is a very positive development… We’re also trying to make sure that we have a full understanding of any commitments that may have been made in securing those agreements, and that’s something we’re looking at right now.”

This is the classic Obama method of professing reassurance and support for a policy while pulling the rug out from under it. The approach toward Israel is equally blatant and two-faced. A telling gaffe on the day of Biden’s inauguration—the Twitter account of the US Ambassador to Israel was briefly renamed the US Ambassador to Israel, the West Bank and Gaza—may have telegraphed the new administration’s approach.

More substantive are swift moves to refund UNRWA, reopen the Palestinian Authority mission in Washington, and reemphasize the two-state solution. These reflect not simply a return to “even-handedness” but a devotion to the Palestinians as the central cause in the Middle East while helpfully “saving Israel from itself.”

As Acting US Ambassador to the UN Richard Mills put it, the new administration’s goal is a “mutually agreed two-state solution, one in which Israel lives in peace and security alongside a viable Palestinian state. This vision, …though under serious stress, remains the best way to ensure Israel’s future as a democratic and Jewish state, while upholding the Palestinian people’s legitimate aspirations for a state of their own and to live with dignity and security.”

Mills emphasized a return to even-handedness that creates an artificial symmetry between Israel and the Palestinians, calling on the parties to “avoid unilateral steps that make a two-state solution more difficult, such as annexation of territory, settlement activity, demolitions, incitement to violence, and providing compensation for individuals imprisoned for acts of terrorism,” and reintroduced the familiar trope of the “humanitarian crisis in Gaza.”

And while the Biden administration “welcomes the recent normalization agreements between Israel and UN member states in the Arab world, as well as Muslim-majority countries…Arab-Israeli normalization is not a substitute for Israeli-Palestinian peace. The conflict between Israelis and Palestinians may not be the major fault line in the Middle East, but its resolution nevertheless would significantly benefit the region as a whole.”

In short, the ground has shifted. Everything old is new again.

Another sinister sign that Obama-era tactics have returned is a leak aimed at Ann Neuberger, the Director of Cybersecurity at the National Security Agency, whose family foundation donated money to AIPAC. Targeting a senior Jewish intelligence official with accusations of dual loyalty in a story that was then semi-retracted is a telling if familiar move.

Most revealing of all is the Biden administration’s intention to appoint Rob Malley as envoy to Iran. Malley, best known in Israel as the person who whitewashed Yasser Arafat’s failure at Camp David, has been fulsomely praised by foreign policy professionals like Aaron David Miller. Malley’s consistent support for Iran and criticism of both US and Israeli policy, as well as embrace by the Iranian regime, is the clearest signal yet that the Biden administration is anxious to reenter the JCPOA deal.

Overall, Biden’s foreign policy is familiar because it is Obama’s, and it is being put in place by precisely the same personnel. It has several components. One is ample rhetorical support for Israel that is intended for domestic consumption and that fools only Democrats and a segment of American Jews. This creates cognitive dissonance and paralysis when actual policies that affect Israel negatively are implemented. Criticism of actual policy is then characterized as political rather than substantive.

Second is to give up leverage, such as by removing sanctions or resuming funding of organizations like WHO, UNWRA, and the Palestinian Authority, but characterizing those moves as a means of regaining leverage through direct engagement. This reflects an unshakeable devotion to international systems and processes and never to measurable results. The result is to make the US hostage in dysfunctional relationships where a host of bad actors threaten to walk away if they do not receive funding and political support.

The underlying psychology is the presumption that US policy makers are smarter than everyone else, know what other countries need, and must save those countries from themselves. The irony of this imperialistic condescension is that its apotheosis was Obama, the post-colonial, pan-Islamic president. Stripped of his mystification abilities, this condescension rings more hollow than ever.

With respect to Europe, where Biden’s election was greeted with glee, the equally predictable result was that Germany, sensing American weakness, declared it will not take sides in a US-Chinese cold war. This position was stated just days after an immense EU-Chinese trade deal and a smaller one between New Zealand and China, giving the lie to both European claims to “respect” America again and American claims to “respectable” leadership. America is once again the weak horse. Chinese overflights of Taiwan and crude threats to invade drive the point home brusquely.

Coupled with these weaknesses are other Biden moves that guarantee the US will be mired in culture wars at home for the foreseeable future, such as orders to admit transgender people to women’s sports and the military, reinstituting “critical race training” throughout the government, and aiding technology companies as they purge conservatives from platforms such as Twitter and Facebook. Reducing US energy independence and exports by banning hydraulic fracking on federal land gives oil states and Russia the upper hand in fossil fuel markets. The stealth “green new deal” executive order gives Chinese solar companies the upper hand in US markets even as it decimates US industries.

As the South Vietnamese learned to their horror in 1975, the US can reverse course in a moment and abandon allies seemingly on a whim. It is still too soon to say whether US allies in the Middle East and elsewhere can band together and avoid being abandoned in favor of Obama’s reborn Iran fixation. One positive factor is that in 2021, even with the sycophantic press merged once again with the government and the party, it is more difficult than ever to hide policy and personnel shifts from view. Whether exposure will help shift policies back toward a centrist course remains to be seen.

Now’s The Moment Of Truth 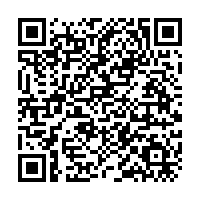