How many times have you heard it said that the American system of government stems from Judeo-Christian principles? The truth is that the United States Constitution is almost entirely rooted in the Judaic tradition. The government envisioned in the Constitution is structured on a foundation laid more than three millennia ago.

The Declaration of Independence outlined the principles on which the Founders composed the balanced three branches of American government. It saw all people as having been created equal in the image of God, with inalienable rights and freely empowered to enact a covenant (a retelling of the Genesis narrative).


The founding of the Jewish faith rested on the contract of a covenant: Abraham’s consent for his Hebrew nation to be governed by God. The Constitution parallels this concept as the American people’s contract of governance, their own consent to be ruled. Remarkably, Locke’s contract theory of government existed long before the Enlightenment.

The Israelites at the time of the Prophets had sculpted a Torah-centered government that would later be mirrored in the Constitution. The powers of a strong commander-in-chief (the king) were restricted by a legislative body (the Sanhedrin council of elders); both were limited in their ruling power by the dictates of a constitutional contract of governance (the Torah).

In accordance with the suggestion of his father-in-law Jethro, Moses had established the gradated judicial system (Exodus 18:25), expounding the Jewish concepts of due process, just sentencing, and “innocent until proven guilty.”

The legislative body of the national Sanhedrin was composed of representatives from several administrative districts (tribes); the tribes otherwise could engage in internal self-government just as the individual states of our country do when exercising the seminal concept of federalism. Indeed, the term is a derivative of the Latin word for “covenant” (“foedus”), reflecting the fact that the Founding Fathers regarded themselves as the modern-day People of the Covenant.

By 200 B.C.E. the Judaic system had evolved to the point that it resembled, in many respects, the future American system.

A bicameral legislature was comprised of a federal Greater Sanhedrin of 71 (the full body that addressed major matters) and a provincial Lesser Sanhedrin of 23 (a committee conducting routine business).

The leader of the Sanhedrin – previously the kohen gadol, now the nasi or prince of the legislature – could serve as a tiebreaker, just as the vice president of the United States (who also serves as president of the Senate) does today.

Further, the rabbis in the Greater Sanhedrin could interpret the Torah, just as Congress can initiate the process of amending the Constitution. They could even compel the executives (the king or kohen gadol) to stand trial and face conviction for violations of the law, the precise “impeachment-trial” power harbored by the higher U.S. legislative house (the Senate).

In America, all government officials swear to uphold the Constitution rather than blindly follow what might be interpreted as the will of the people at any particular moment. This mandate is stylized on the rabbis’ commitment to uphold the Torah through a representative democracy.

If any potential contrast could be thought to exist between ancient Israel and modern America, it would be found in the realm of religion – specifically the putative “separation” of Church and State. But even here there are surprising similarities.

A number of Torah laws mandate tolerance of strangers and foreign customs (“because you [Israelites] were once strangers in the land of Egypt”) and even protection of religious shrines of other peoples (to be destroyed if they perpetrated overt immorality such as human sacrifice).

Similarly, the Bill of Rights clearly precludes the establishment of a state religion even as it ensures the capacity of individuals to exercise the ability to practice any religion.

While Christianity’s New Testament subsumed concepts canonized in what Christians called the Old Testament, there is no evidence that governmental innovations emerged to supplant those in the Torah. Only the concept of separating church and state – manifest in the “establishment” and “exercise” clauses in the First Amendment in the Bill of Rights – was presaged by the admonition of Jesus to “Render unto Caesar the things which are Caesar’s, and unto God the things that are God’s” (Matthew 22:21). 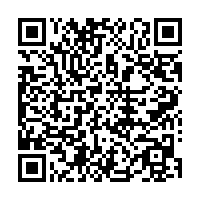