Thus opens Charles Dickens’s novel A Tale of Two Cities, but it might just as well describe two negative mirror images of the battle raging over proposed changes to conversion and kashrut in Israel.


On the one hand is Matan Kahana, Israel’s minister of Religious Affairs, for whom the present fragile coalition, comprised of the most unlikely partners, provides a unique, once in a lifetime chance to reform the Chief Rabbinate to make it more responsive to tomorrow’s needs. And on the other hand is a broad informal coalition of religious leaders spanning the entire charedi spectrum, notably including many chardal, Modern Orthodox and dati leumi representatives, who see Kahana’s attempts as foolish at best – but regardless of intent, as damaging the religious values that reign in the Israeli public sphere, and having repercussions for a great many private citizens.

On both sides are Orthodox Jews, but what they see is as different as can be. The two cities of the tale are one and the same, but like the negatives from which we once printed our photos, they are mirror images that are also negative, opposite imprints of one another.

Likewise, supporters and opponents of Matan Kahana see the status quo in stark opposing terms. For one, the Chief Rabbinate has become retrograde, has lost the inspired leadership once shown by Rav Kook and others, to become small-minded, perhaps even regressive, and especially mismanaged. For the other, the Chief Rabbinate has stood in the breach and established, and to an extent enforced, standards that have advanced the cause of religious values and practice in the State of Israel. Again, the two cities are one and the same – they are light and darkness, hope and despair, wisdom and foolishness, depending on one’s perspective.

Israel’s Chief Rabbinate has been designated by the legislature to regulate the import of kosher foods and to regulate the personal status of Jews. This includes marriage and divorce as well as conversion.

Israel’s Law of Return grants the right of citizenship to every Jew, including to non-Jewish children and grandchildren of Jews. In particular since 1990, several hundred thousand people have utilized this opportunity, with the result that by most estimates, there are now about 400,000 non-Jews of Jewish descent in Israel.

The responsibility for legally recognized halachic conversions is vested in the Conversion Authority, which is under the ultimate authority of the chief rabbi. At the height of its activities, in the years leading up to 2015, the authority converted 5,000 people a year. Since 2016, the number has dropped to around 3,000 conversions per year. Of those, 1,000-1,500 converts a year are from among the olim from the former Soviet Union.

If the goal is to convert all 400,000 non-Jewish olim (including the children of non-Jewish olot), it is easy to see that the rate of 1,500 per year is wholly insufficient; it would take 400 years – which is one of the motives of Matan Kahana for reforming conversions.

However, it takes two to tango, and the Conversion Authority can only convert those who are interested in conversion. How many non-Jewish Israelis of Jewish descent are interesting in becoming practicing Jews? Apparently up to 5,000 a year.

Kahana believes that relying on more lenient approaches that allow particularly the conversion of children without making any meaningful demands on their parents may massively increase the number of converts. However, most poskim – let’s call this the halachic mainstream – consider an actualized acceptance of the yoke of mitzvot, i.e., the adoption of Orthodox practice, to be a necessary condition for a valid conversion. Even though all agree that the conversion of minors is a little more flexible, it is generally accepted that minors may only be converted when it is clearly a zechut, an unmitigated benefit. For children growing up in an observant family, that’s a given. Rabbi Moshe Feinstein (in Igrot Moshe, Even haEzer 4:26) suggested that it would be permissible to convert gentile children in an Orthodox day school. Rav Moshe’s position was hotly debated, and strongly opposed by Rav Yosef Sholom Elyashiv, among others. Even Rav Moshe required that they be in an Orthodox educational setting.

Kahana’s reforms would create a new department in the Conversion Authority, which would incorporate new conversion courts established by city rabbis. Formally, all these batei din would come under the aegis of the chief rabbi of Israel, but the reforms remove the chief rabbi’s authority to enforce any standards.

In Israel, rabbis employed through the national, city and regional rabbinates must be qualified by passing the Chief Rabbinate’s exams. Qualifications for city rabbis and dayanim are different (though the same person could, of course, pass both qualifications). However, that Kahana would empower city rabbis to establish conversion courts is not the most egregious change. The city rabbis are talmidei chachamim and that’s not going to change anytime soon. No, the real problems arise because Kahana’s reforms create a competitive market of batei din and legally prevents the Chief Rabbinate from enforcing any standard whatsoever. Since the reforms create a competitive market, with every city rabbi being able to convert people throughout Israel, one can easily see that there will be a race to the bottom, with the most lenient batei din trying to convert a great many new applicants.

Why can’t converts choose whether to go to the beit din of their choice and bear the consequences? Why isn’t this a matter of personal choice? And where does the need for standardization come from – didn’t every city used to have its own independent beit din?

Personal status questions are different, for they affect future generations. In the days of the Mishnah, Beit Shammai and Beit Hillel disagreed about certain details of marital law, occasionally leading to a psak that was normative according to one school, but which according to the other school resulted in the birth of mamzerim. The Talmud (Yevamot 14a) reveals the price for both schools to continue to intermarry: they would reveal whenever someone was unmarriable according to the other school.

By developing uniform standards, we have been able to avoid Beit Shammai’s and Beit Hillel’s solution: people who have converted through recognized batei din are generally accepted. But should the reforms be accepted, henceforth, upon encountering a Rabbanut convert, one will not be able to assume that the convert likely meets most poskim’s requirements to be considered Jewish. As a result, converts will be subjected to more scrutiny and more suspicion, which will ultimately hurt converts more than it helps them.

The kashrut reforms are a lot less controversial, because they have fewer permanent repercussions, and even include some great ideas, but they also include a major flaw. The core idea behind the kashrut reforms is to create more competition so as to lower costs and raise service levels. Until now, the word kosher was legally reserved to products certified by the city and regional Chief Rabbinates, and for imports that were authorized by the national Chief Rabbinate. The kashrut reforms are being introduced in three phases. In the first phase, which is already being implemented, all regional rabbinates can provide certification services all over Israel. At a later stage, the market will become fully privatized, with the city and regional Chief Rabbinates competing with other organizations, while the national Chief Rabbinate setting the standards. Thus, the reforms separate between the role of setting and enforcing standards and the role of implementing them.

However, the kashrut reforms also contain the provision that any three rabbis who have the qualification of “city rabbi” (rav ir) can decide to make an exception to the rules set by the national Chief Rabbinate. The authors of the reforms hope that some mavericks will thus agree to certify the kashrut of businesses that remain open on Shabbat.

Competition is good, so what’s wrong with these reforms? If one looks at religion as a product to be enjoyed privately, there can be nothing wrong with these reforms. Whoever doesn’t agree with a certain leniency can simply abstain from perusing or accepting the services of the kashrut agency or beit din in question. However, we do not live our religious lives as individuals only, but also as a community. And in Israel, that community encompasses all Jews.

One of the great achievements of the Chief Rabbinate has been to set a base standard for halachic matters in the State of Israel. Thus, the vast majority eats kosher, including a great many self-defined secular Jews. And our children can marry each other. This has been achieved because the Chief Rabbinate isn’t just a provider of services, but a regulatory agency.

And here is the crux, while competition is good in the provision of goods and services, competition among regulatory agencies is detrimental to regulation. Imagine if DMV offices were competing with each other and some would grant driver’s licenses more easily than others. Would that advance the cause of having only competent drivers on the road? Should food safety be handed to the private market? How about immigration? Imagine if two immigration offices in the same city compete for handing out green cards, applying different standards.

The conversion reforms destroy the Chief Rabbinate’s ability to act as a regulatory agency, and ultimately converts will end up paying the price, especially sincere converts who are now repeatedly asked to justify their bona fides. The kashrut reform gets the idea of the Chief Rabbinate as a regulatory agency, but the provision that any three qualified rabbis can create exceptions to the rule is preposterous. Imagine if any three CPAs could change the tax code, any three lawyers the criminal code, or any three architects the zoning rules.

Matan Kahana wisely decided not to pass the entire kashrut reform at once. There is a possibility to reap some of the benefits without causing profound damage. If he were to take the best ideas of his kashrut reforms and apply them to conversion reform, he could reach a much broader consensus. The city rabbis could be allowed to establish more conversion courts while remaining under the jurisdiction and supervision of the Chief Rabbinate, which would act as a regulatory agency and would only authorize the batei din that stick to the prescribed standards.

Sure, these standards won’t allow for mass converting children in the national (secular) public school system, but it could increase the service level, making the experience of converting more reassuring. There is an existing model for such a solution: the Rabbinical Council of America’s GPS system of batei din across North America.

It is not too late to take conversion reforms off the table or make them more modest and less controversial; Matan Kahana should heed the words of his critics, because that will be better for converts. 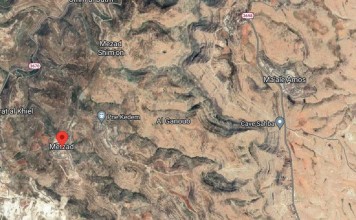 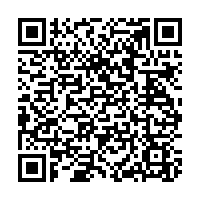