Routinely, Jewish communities were forced to live in separate quarters throughout the Muslim world. Sound familiar? Proclaimed as “killers of the prophet,” Jews comprised the lowest caste, were accorded no civil rights and were subject to the whims of both the sultans and the local populace, which without provocation would often erupt into anti-Jewish violence.

With these historical facts in mind, is it realistic to expect any semblance of peace between Israel and the Muslim world? In order to sincerely recognize and accept the State of Israel and coexist with the West, Muslims would first have to abrogate the very teachings of their religion concerning infidels and begin viewing Judaism and Christianity as the equals of Islam. How likely to happen is that?

If Israel is to continue as a viable Jewish state, its citizens must elect leaders who totally reject the notion of a two-state solution no matter how great the political pressure to do otherwise, both from within and without. This conflict has nothing to do with Palestinian statehood; the Arabs could have had that several times between partition and the Camp David Accords.

The true goal of Islam remains the eradication of Israel and the re-subjugation of Jewish “unbelievers.” It’s all there for those with eyes to see and ears to hear. 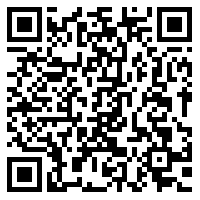