Natan Sharansky is a modern-day Jewish hero, no doubt about that. Every Jew should know of his imprisonment by the Soviet Union for his human rights and Zionist activism. Years ago my father gave me a copy of Sharansky’s autobiography, Fear No Evil, to use for a sixth-grade book report.

Not without its faults, Sharansky’s newest book, Defending Identity: Its Indispensible Role in Protecting Democracy is a welcome addition to his previous one, The Case for Democracy, which attracted the attention of President Bush. As in The Case for Democracy, Sharansky again draws political lessons from his struggle with the Soviet Union as well as his experiences as a politician in Israel.

In The Case for Democracy, Sharansky argued that Western nations should idealistically strengthen democracies and weaken dictatorial regimes. He severely criticized the realpolitik school exemplified by Richard Nixon and Henry Kissinger’s policy of “détente” toward the Soviet Union. With Defending Identity, Sharansky adds a Part II to a general philosophy for Western democracy, once again breaking down the importance of a basic idea that should be understood and accepted by all but unfortunately is not.

Now Sharansky takes on the idea of identity, as in the identification of an individual with a group, be it ethnic, religious, or national.

Sharansky recognizes that democracy has some explicit weaknesses, such as a growth of pacifistic ideologies resulting from the combination of wealth and comfort that have come to define Western nations. Identity, he argues, is the solution for this weakness. Identification with an idea of something greater than oneself gives a person a reason to abandon a life of comfort and make sacrifices. Without identity, however, democracy can be weak and therefore ripe for defeat by Western democracy’s current arch-nemesis, Islamic fundamentalism, which is molded from pure untempered identity.

As an example, Sharansky relates the story of an imprisoned Palestinian terrorist who witnessed his Israeli guard eating bread on Passover. The guard explained that he felt no connection to events that took place thousands of years ago, such as the Israelites’ exodus from Egypt. It was then that the terrorist concluded the Palestinians would ultimately triumph over the Jews because “opposing us is a nation that has no connection to its roots, which are no longer of interest to it.”

Sharansky explains that it was his Jewish identity that gave him the strength to resist the KGB and relates that only prisoners who had strong identities of their own could be relied upon.

Describing the leftist post-modern, post-nationalist, post-Zionist assault on identity – Israel’s Jewish identity in particular, Sharansky shows these “post-identity” theories to be closely related to Communism, which preaches a detachment from identity in the name of creating a classless, identity-less, unified society.

Sharansky attacks proponents of post-identity theories for their contradictions and hypocrisies. For example, they criticize Western nationalism yet support the anti-Western nationalism of regimes that violate the human rights of their own citizens. During the Cold War as well as in our own day this double standard has functioned as a political shield for regimes that abuse human rights.

The Soviets, Sharansky recalls, used Western peace activists for their benefit, referring to them as “useful idiots.”

Armed with the argument that democracies must embrace their identities and defend themselves instead of rejecting their own identities in the name of a post-national world without barriers, Sharansky takes on the case of Israel, using his experiences in Israeli politics.

He tells how the municipality of Nazareth sought to renovate the Church of the Annunciation by adding a tourist center. A couple hundred Islamic fundamentalists staged a protest, occupying the church square. They demanded that the church not be allowed to expand; that a mosque be built in its place; and that this new mosque eventually be taller than any other in the Middle East.

The protest was only stopped when moderate Palestinian leaders secretly approached Sharansky and asked that the Israeli government confront the fundamentalists. The government eventually did this on Sharansky’s advice and succeeded.

Sharansky lambastes several famous Israeli political figures. He criticizes David Ben-Gurion for attempting to replace Jewish identity with a new “Sabra” culture. He attacks Israel’s current president, Shimon Peres, a protégé of Ben-Gurion, for his embrace of the anti-Zionistic post-identity viewpoint. In his book The New Middle East, Peres claimed the world had moved past nationalism and was concerned more with commerce than with national security – and that Israel should therefore enter into a regional arrangement for security with other Arab nations. 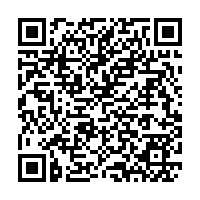