President Obama’s recent charm offensive in Israel apparently had two aims: First, to lull Israel into forfeiting timely military action against Iranian nukes in the hope that Obama will act instead; and second, to convince Israelis that now is the time to revisit the land-for-peace formula.

For years, the conventional wisdom — among Israel’s peace camp and its proponents abroad (Obama included) — has been that if Israel just relinquishes enough territory to its enemies, peace will arrive. But on most of Israel’s borders, history has revealed the naïve folly behind an idea that could just as aptly be called “land-for-war.”


Consider Syria. From 1948 to 1967, the Syrians regularly fired artillery shells from their dominant positions on the Golan Heights down at Israeli border communities and Fatah used the territory to launch terrorist raids into Israel, until Israel captured it in 1967. But since the U.S.-brokered talks between Israel and Syria began in 1999, peaceniks have posited that a full withdrawal by Israel from the strategic plateau in exchange for peace with Syria involved a risk worth taking. Their rationale was that — in an era dominated more by aerial threats (jets and missiles) than terrestrial ones (soldiers and tanks) — the territory was no longer vital to Israeli security and could be traded for a double boon: peace with Syria and elimination of Iran’s greatest strategic ally.

Current events reveal the deeply flawed assumptions underpinning the land-for-peace-with-Syria paradigm. No Israeli territorial concession is needed for Iran to lose its only Arab ally; the Syrian civil war will ultimately accomplish that. Basher Assad’s regime will eventually fall because the daily slaughter of one’s own people (with over 70,000 dead) is unsustainable when each atrocity can be instantly uploaded to the Internet. Whoever replaces Assad will be no friend to those who armed, funded, and prolonged his massacres: Iran and Russia. Iran and its proxy Hizballah have also been substantially involved in fighting the rebels on the ground, and thus will be distanced from postwar Syria far more than any Israeli-Syrian peace could have separated Iran and Syria.

More importantly, the land-for-peace formula with Syria would have transferred the strategic territory from Israel to an Alawite-led regime reviled by the mostly Sunni rebels who will eventually overthrow it and likely disavow its commitments — including any peace deal that might have been reached with Israel.

Indeed, the Syrian rebels already control much of the 200 square miles comprising the Syrian side of the Golan Heights (where they recently kidnapped 21 U.N. peacekeepers stationed there) and have openly threatened to attack Israel next. Israel comprises about 8,000 square miles. If those same rebels were on the 500 square miles constituting the Israeli side of the plateau thanks to an earlier “peace deal,” Israel would be that much closer to the errant projectiles of Syria’s civil war, and that much more exposed to whatever terrorist attacks on Israel the Syrian jihadist fighters plan after finishing Assad.

Hence, Israel’s tangible security asset (earned with the blood of its soldiers in the Six Day War) would have been traded for “peace” with Assad, but land-for-war with Syrian Islamists is what Israel may have received just a few years later.

Indeed, “land-for-war” has a compelling record. In 2000, Israel withdrew from southern Lebanon and in 2006 was attacked from there by Hizballah. It was only the force of Israel’s military response in the war that followed — rather than any territorial concession — that prevented any subsequent cross-border attacks by Hizballah, although the terrorist group still pursues murderous plots abroad, including in Europe (which still cowers from labeling Hizballah a terrorist organization).

Since Israel left the Gaza Strip in 2005, Palestinian terrorists have launched almost 10,000 rockets from there at Israeli civilians (most recently on three days of last week and during Obama’s visit to Israel, violating yet another cease-fire agreement). Since the 1993 Oslo Peace Accord requiring Israel to hand over parts of the West Bank to the Palestinian Authority, Palestinian terrorist attacks have killed over 1,000 Israelis.

The 1994 Jordan-Israel peace involved very little land (and heavily depends on survival of the Hashemite Kingdom), so the best precedent supporting the land-for-peace model is Egypt, which agreed to peace with Israel for return of the Sinai Peninsula. That cold peace has held since 1979 mostly thanks to over $60 billion of U.S. aid to Egypt and an unpopular, secular autocrat (Hosni Mubarak). After Islamists hijacked Egypt’s 2011 revolution, the future of the Egypt-Israel peace is less certain, although Egypt now has so many economic and political problems that foreign military adventures seem unlikely. 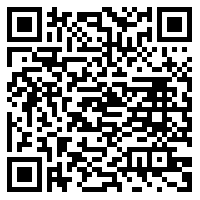